I meet with Mare Advertencia Lirika on a sunny Sunday to talk about her new releases and her most recent projects around music and activism. Our interview takes place over Zoom, the new space where we converge to continue with our social and cultural life during the pandemic. As she describes the streets of her neighbourhood, Mare tells me about her beginnings in rap and the community links that have led her to become one of the most influential feminist rappers in recent years. In that setting of the Oaxacan periphery where she grew up, the graffiti and a few cornfields are part of a resistance. From there, the mountains of the Sierra Norte loom radiant green on bright days like today; deep blues when they herald the rain.

After an eighteen-year career in music, Mare describes and renames herself without hesitation, “I’m a rapper, I haven’t taken that away. I’m a rapper, I’m an educator, I’m an independent cultural manager, I’m a nosy person, very gossipy, I love trying to understand from other places, knowing, learning.” This questioning of the world’s notions where she finds herself has led her to speak with other artists at various festivals such as “Voz a tu voz. Women weaving their voices in a song of love and equity ”, the most recent virtual stage that she shares with Vivir Quintana, Mon Laferte, Ely Guerra, Julieta Venegas and Natalia Lafourcade.

Mare Advertencia Lirika also defines herself as a migrant in transit who reclaims her Zapotec identity and as a woman who possesses the legacy of the practices of the pueblos mancomunados of the Sierra Norte de Oaxaca, which we can see in her music. In this interview, she delves into everything that has shaped her as an artist and activist and especially shares her feelings about community, language, women and feminism.

In what way does your Zapotec genealogy connect you and give you momentum in your music and activism?

I think that part of the base on which we develop… it wouldn’t have been the same for me if I hadn’t had this support from my family, support that responds to a sense of community. In the community, we may not think in the same way, we may not have the same life experience, but the moment the community needs you, we will respond. I feel that for me, that’s what has given me the strength to decide to take my path towards art. It is a recurring story among people who dedicate themselves to these types of unconventional professions because we face social rejection and often family rejection, and if there is no such support, it is much more complicated for us to come out ahead. In my case, the sense of community is what has allowed me to develop despite not having social security in what I am doing. 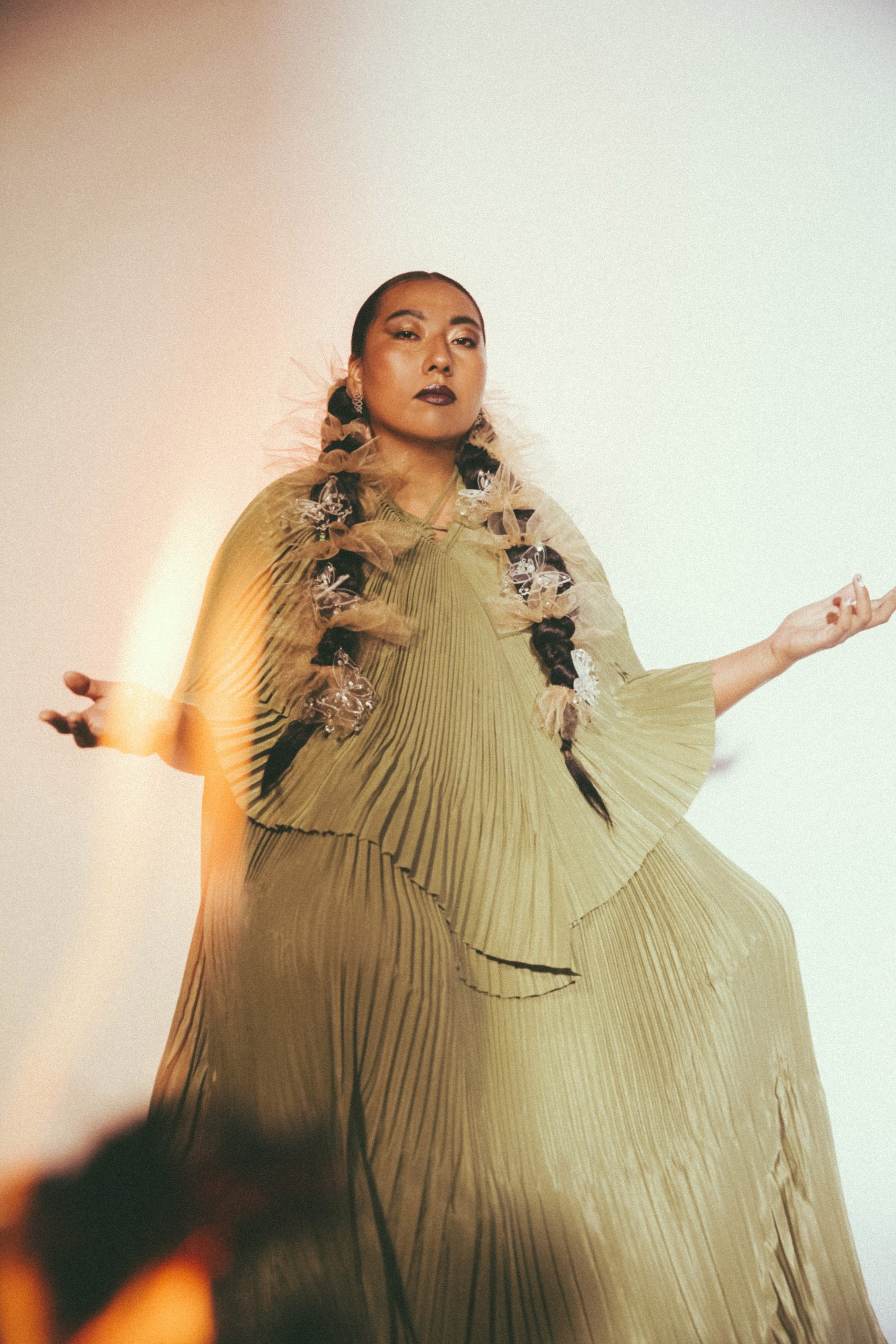 How did you know that you wanted to dedicate yourself to rap?

Actually, my first exposure to rap came from the territory where I live in Oaxaca, but not in the colonial part or in the tourist city, not in the heritage city that people can see in the guide books, but in the periphery. I saw this neighbourhood grow in that limbo between the city and the countryside. What happened with rap is that within this marginality, as in many other contexts, it creates the possibility that graffiti begins to develop, that countercultural protests such as ska, rock, punk, and rap sneak in. When I discovered rap, it caught my attention, but I wasn’t very clear about the history and context. It wasn’t until I started listening to rap in Spanish that it really caught my attention, and I thought about doing it or enjoying it. When I was 16, in 2003, I met other people who also liked rap, and we formed a group called OCG. From then on, it is history.

For some migrant communities, the indigenous language, in many cases, has ceased to be the backbone of identity. However, there is something very interesting in how this notion of belonging is built despite dispossession, as in your case, where your Zapotec identity is formed through community bonds. What does it mean to you to be a Zapotec rapper within an urban context?

First was recognising myself in an urban context. As I say, I was born in this peripheral limbo. Community ties are even manifested in this way: I know who my neighbours are, we talk to each other, if someone dies, we still have the custom that, although we are not family, we go and pay our respects as is done in a community. Those of us who came to live here first maintain these community ties because many of us who live in this area are economically displaced. So, when arriving in these places, what is generated is another type of community, even in the city.

How do you manage to burst into Spanish, a colonial language, and appropriate it in rap?

I think that rap just gives me an enormous creative tool because it breaks with the logic of the language. That is to say, just because it comes from a marginalised expression, the discourse speaks for itself, whatever it is, and the logic breaks. We are not speaking from a place of privilege but from a place that has also been stigmatised, such as the neighbourhood and the periphery. So from there, for me, rap allowed me to explore the value of what I had to say. I do consider that our language is colonial, and that is why with many things I work on in terms of writing rap, I try to create them with a vocabulary that is easy to comprehend so that anyone can understand the idea without needing a dictionary next to them or having to study specific topics. It is my job as a communicator to make the idea legible. What I believe, and I always appeal to, is that we bring an already woven worldview. I can say it in Spanish, but I am thinking in Zapotec. 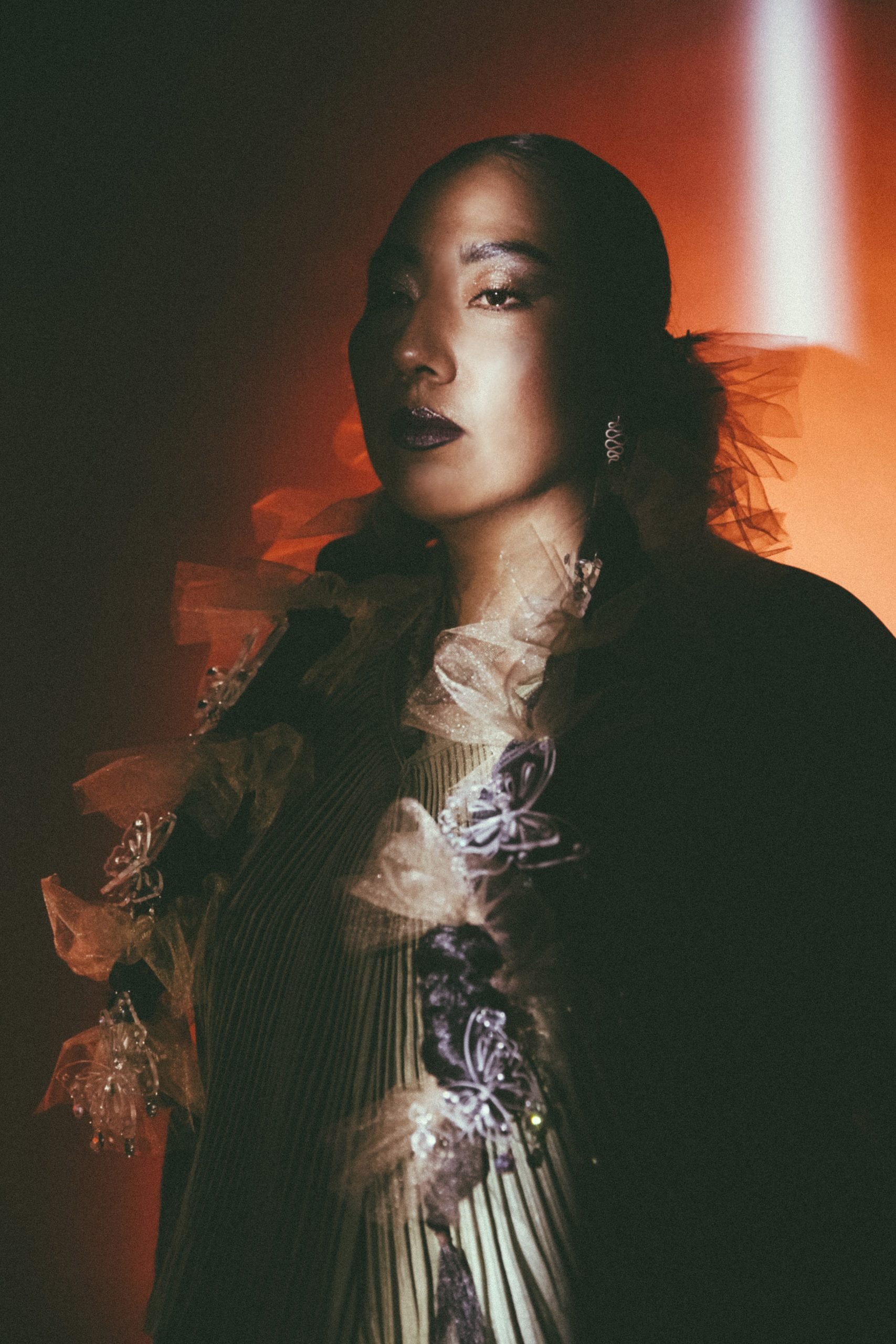 The women in your life have a primary role, and you are constantly returning to these genealogies in your songs and interviews, as in “Uncomfortable”, your feminist manifesto. What has changed since its launch in 2016 until now?

I feel like, in general, naming yourself as a feminist makes you visible in another way. It is to be visible to other women, to other partners, to other struggles, to make yourself visible to those who disagree with what you propose. It has also made me question many things that we assume “that’s the way they are.” I have always thought that feminism is questioning. When I begin to question what place I occupy in the world, how I relate to others, with others, what I contribute, what I receive. That constant questioning is what feminism leaves me with.

Unfortunately, I feel that in the times we are living in now, there is a very strong racist violence within feminism, and so it is my turn to question other things. Yes, I do question the others. I do question this male power that exists and this arrangement in terms of social gender that we’ve built for ourselves, but I also have to ask how we have assimilated these binary colonial positions, these racist positions that exclude the voices of people who often do not even know they are going to proclaim themselves feminists. It is also my turn to name myself, and I always want to say it, my path in feminism begins with the women around me.

My grandmother was forced to marry at 14, and when she chose a different destiny for my mum, she chose a different destiny for me. So for me, that is a feminist struggle, and probably from their logic, and from my mother’s logic, they will never label themselves from there, but I have to learn that the path they made also determines that I have the freedom I can have now. I have to admit that I am in a privileged position to be able to name myself from that place. But all the other identities that may or may not be named from there are no less valid and, I continue to learn from oppressed people. I think feminism just made me recognise the oppressions that I lived in a certain way in this patriarchal system where masculinity has been favoured, where certain bodies and conditions have been favoured.

How have you been able to continue creating and sharing rap during the pandemic?

I have been working on new music. What I managed to do in this pandemic was to enter digital platforms because I did not exist very well there. I managed to establish a work team with whom we have been generating strategies to enter the digital world. We made the video “¿Y tú qué esperas?”, which was a call to other comrades, creating a larger production where we had to take sanitary measures. I have been doing digital workshops, and I participated in the Escuela para la Libertad de las Mujeres (the school for Womens Freedom) and the Centro Cultural España. Trying to solve this distance digitally but trying to take care of ourselves. This is the new normal. I think what we can do is get creative in how we approach taking care of ourselves. Ultimately, it’s not about pretending that we can’t put ourselves at risk; we have to learn to survive from other strategies, and one of these is the digital world that unfortunately shows us this huge gap of access inequality, but can solve certain situations.

Follow her on digital platforms as Mare Advertencia Lirika  @MAL_Zapoteca

This article was originally published in volume 9 of our magazine in April 2021. 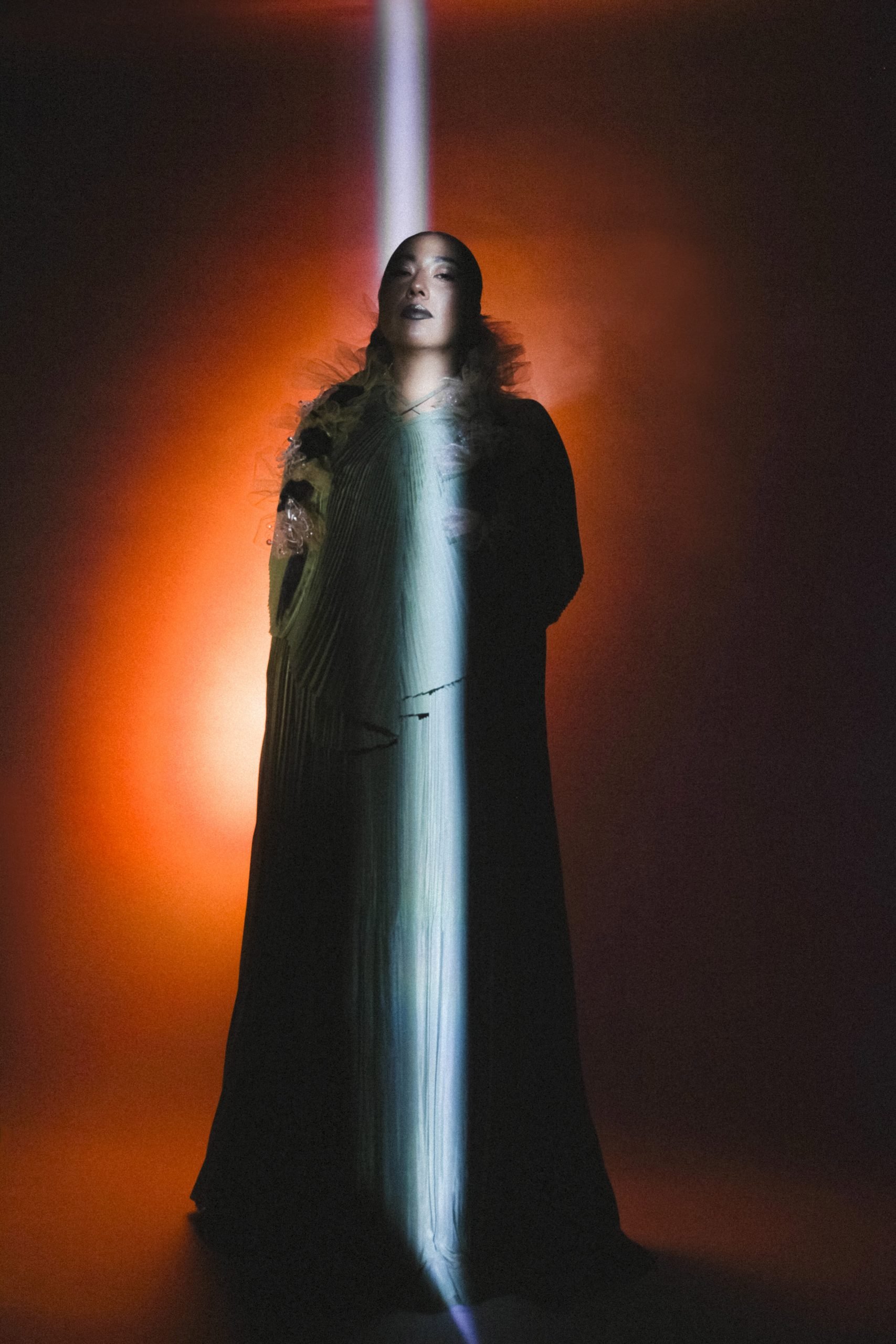