You usually smell the tlayuda stand before you see it. The sizzling meats on the outdoor parilla grill. The meats are expertly and matter-of-factly layered with asiento*, bean paste, grilled onions, fresh vegetables, and quesillo cheese. It’s up to you if you dare dive into the tubs of salsa pushed towards you. Don’t be shy; but don’t feel too badly if the first taste of the chiles makes you sneeze or shudder with that blissful burn. As you sit on a bench, often late at night, often on a street curb, shoulder-to-shoulder with friends and strangers, the first taste is new and comforting at the same time. The meat and cheese, the smoky eye-watering salsas, the smooth avocado. It’s a massive mouthful enveloped in a large flat corn tortilla that requires two hands and a large paper wrapper to manoeuvre it. The unique chew and crunch of the giant slow-cooked tlayuda** can be surprising but just a few bites in and you’ll know it’s the perfect base for this Oaxacan-style treat. 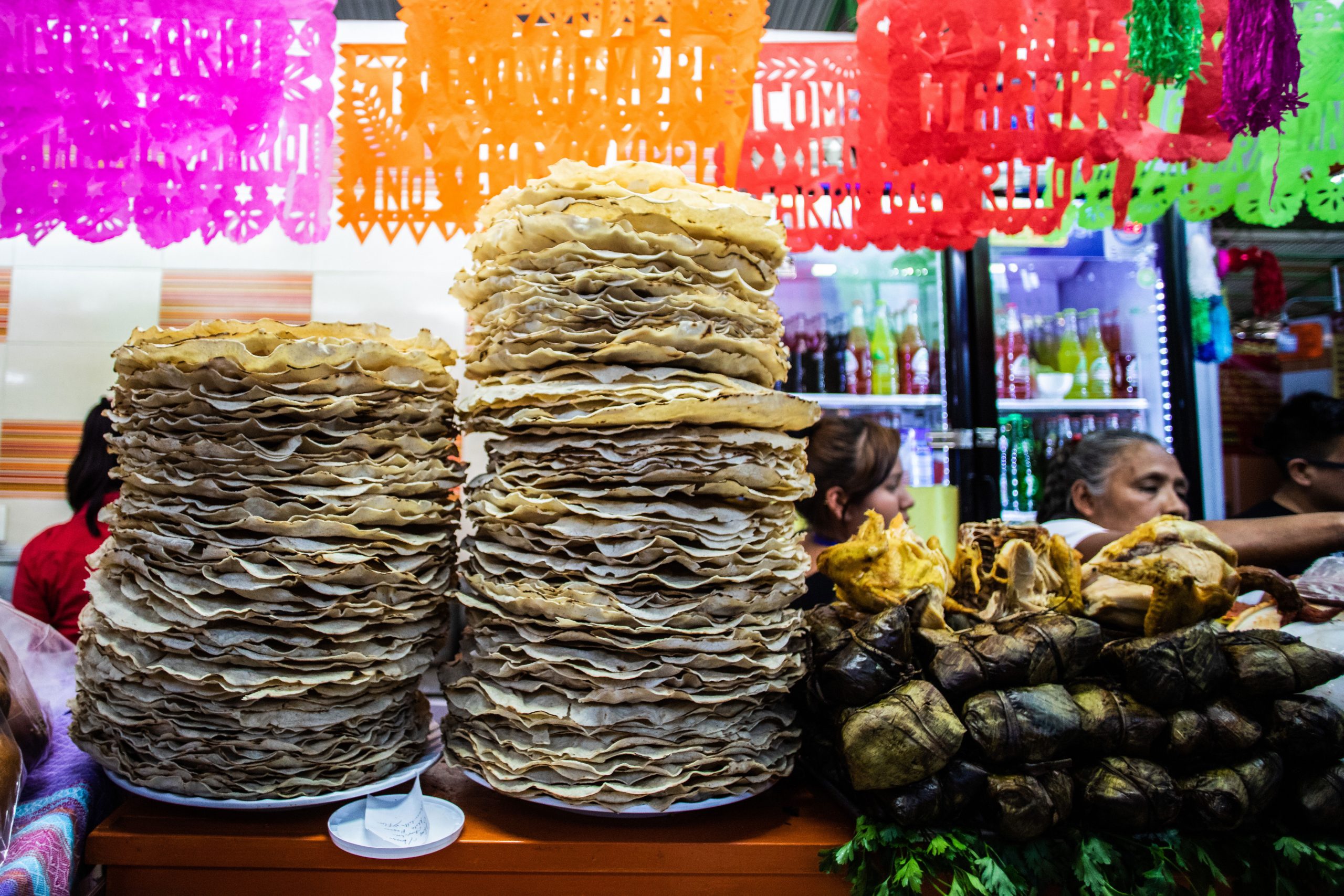 But let’s back up for a moment and talk about nixtamalización, a millenary process that makes possible this basic staple of Mexican cuisine: tortillas. In the state of Oaxaca, Tlalixtac, located in the Central Valley, 30 minutes away from Centro, is known for its traditional preparation of tortillas.

“Tortillas are part of our lives. Since we are children, we learn how to make them, and we keep doing that our whole lives. It doesn’t matter if we work as a secretary or here in the house, we [must]know how to prepare them.” — Candida

Candida and Aurelia have adapted their sleeping schedules to have blanditas ready to be sold at 7am each morning. A blandita is the Oaxacan term for soft (blanda) tortillas, Blanditas account for the majority of their production because that’s what people in town prefer to accompany their daily meals. Tlayudas are often reserved for special, hearty meals or to share with the family. 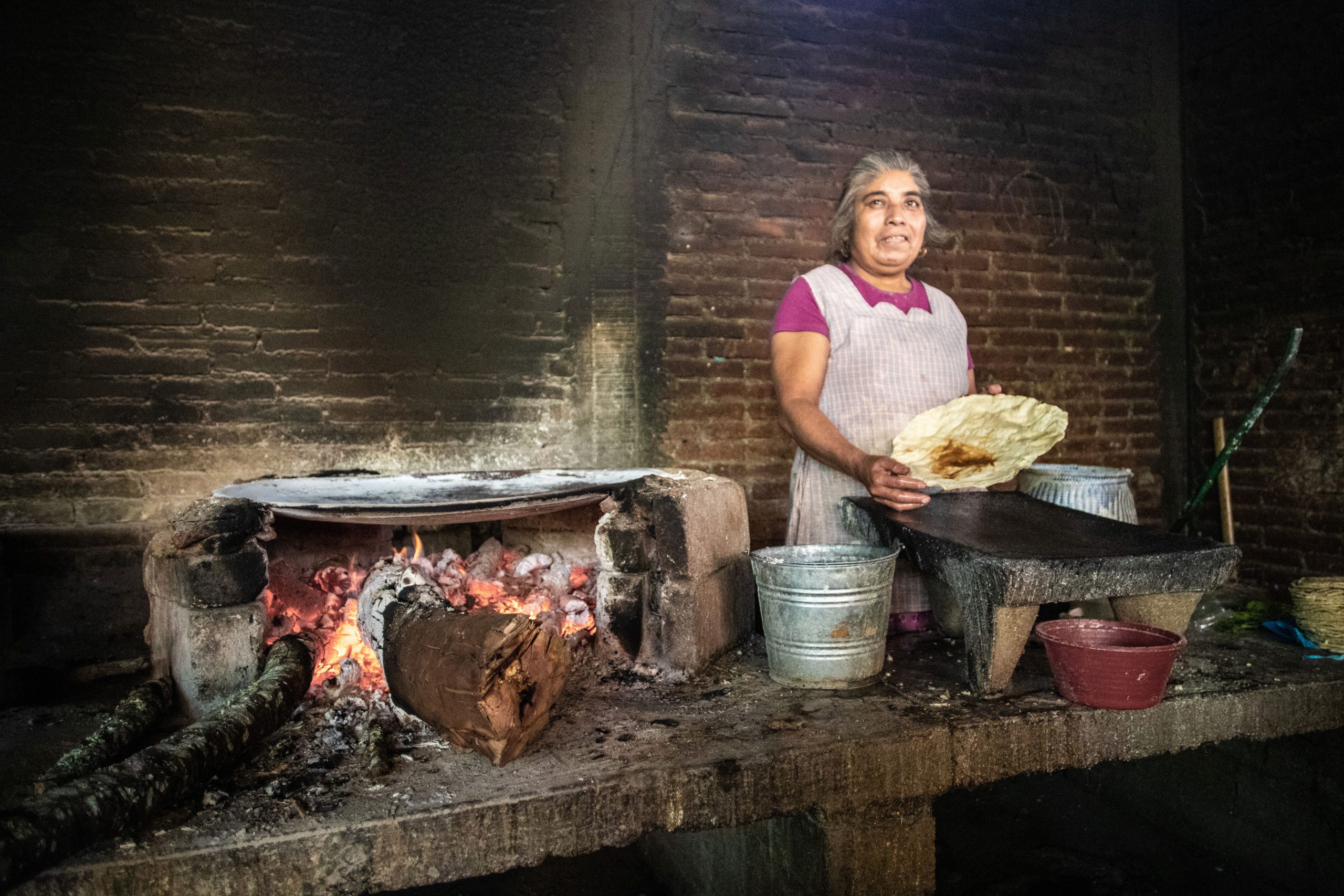 Families in the Central Valley also produce the corn for their tortillas. As traditional communities, these roles still fall along gender lines. with men in the fields and women at the comal wood-burning flat top stoves. Today, the lines are beginning to blur as women sometimes harvest the milpa themselves. Speaking with Aurelia and Candida, you can tell they have a respect for tradition but also a practicality about their workload.

“My mom made me go to school, but I didn’t like it. She told me then that I should get started working. If I was born again, I wouldn’t have gone to school either. Making tortillas is my passion. Even my children tried to set up a business for me… but I couldn’t stand it, I ended up coming back to do what I love.” — Aurelia

Nixtamalización was invented by the indigenous people of Mesoamerica, to make their corn last longer and boost its nutritional values. Once the kernels are dried in the sun, they are warmed in water with limestone for about an hour. The grains are enriched with calcium, their amino acids are increased, and their lifespan gets extended. With this process, the tlayudas can be good for up to a month if protected from humidity. Thanks to this treatment, Aurelia and Candida can export some of their tlayudas to the United States. 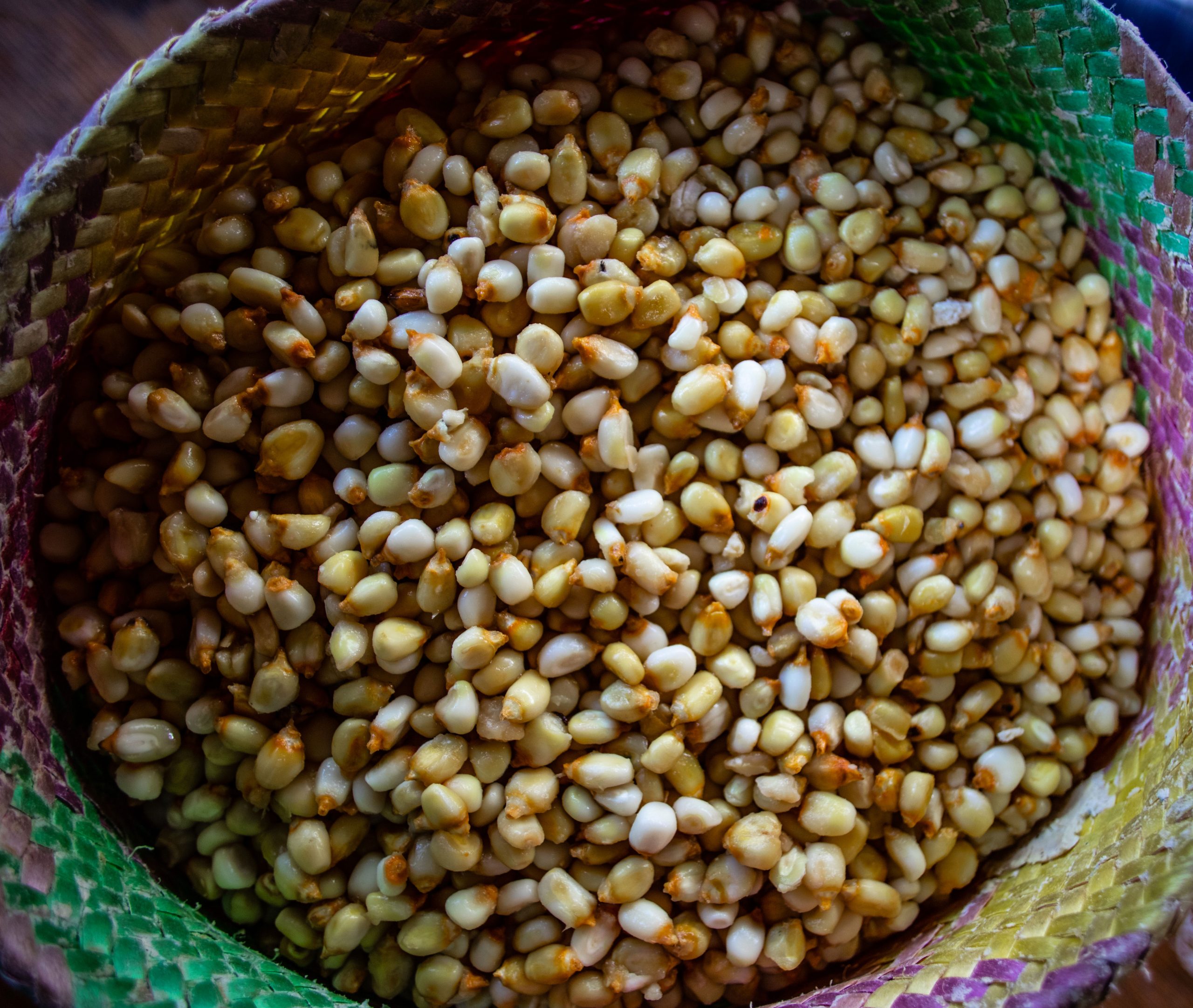 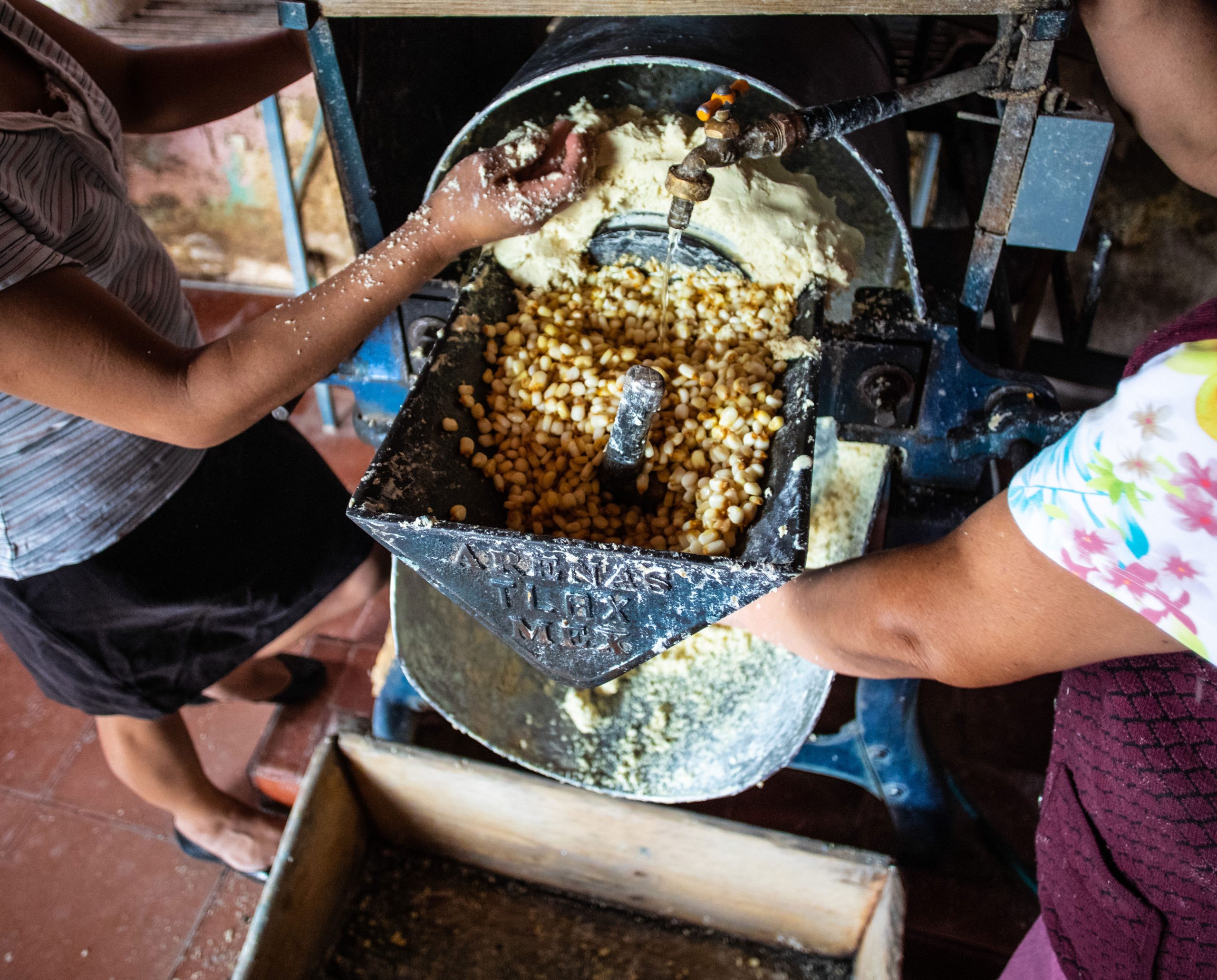 Once the corn has absorbed all this limestone goodness, it’s ready to be milled into masa, the dough. A comal de barro is used for the last step of tlayuda-making. This pan made of clay will either sit on a lot of firewood if you want to cook quickly for blanditas. But if you use less wood for a slower cook, you will dry out the tortilla giving you the perfect crunchy texture for which tlayudas are famous.

There’s a caveat to this method. They use firewood inside the kitchen and the smoke that the cook produces stays inside the room. Women doing this work day in and day out often develop lung problems because of it. There have been initiatives to add chimneys or even a type of specialised stove, but traditionalists like Aurelia and Candida prefer to keep using the comales without any modification if only to keep their productions going without interruption. Orders often call for 400 to 1,000 tortillas a day.

While we were talking, neighbours showed up to place an order. While they were waiting, they started chatting, talking about the family or life in town. It’s clear how much this exchange is part of the sales process, how the small talk is part of their big picture. 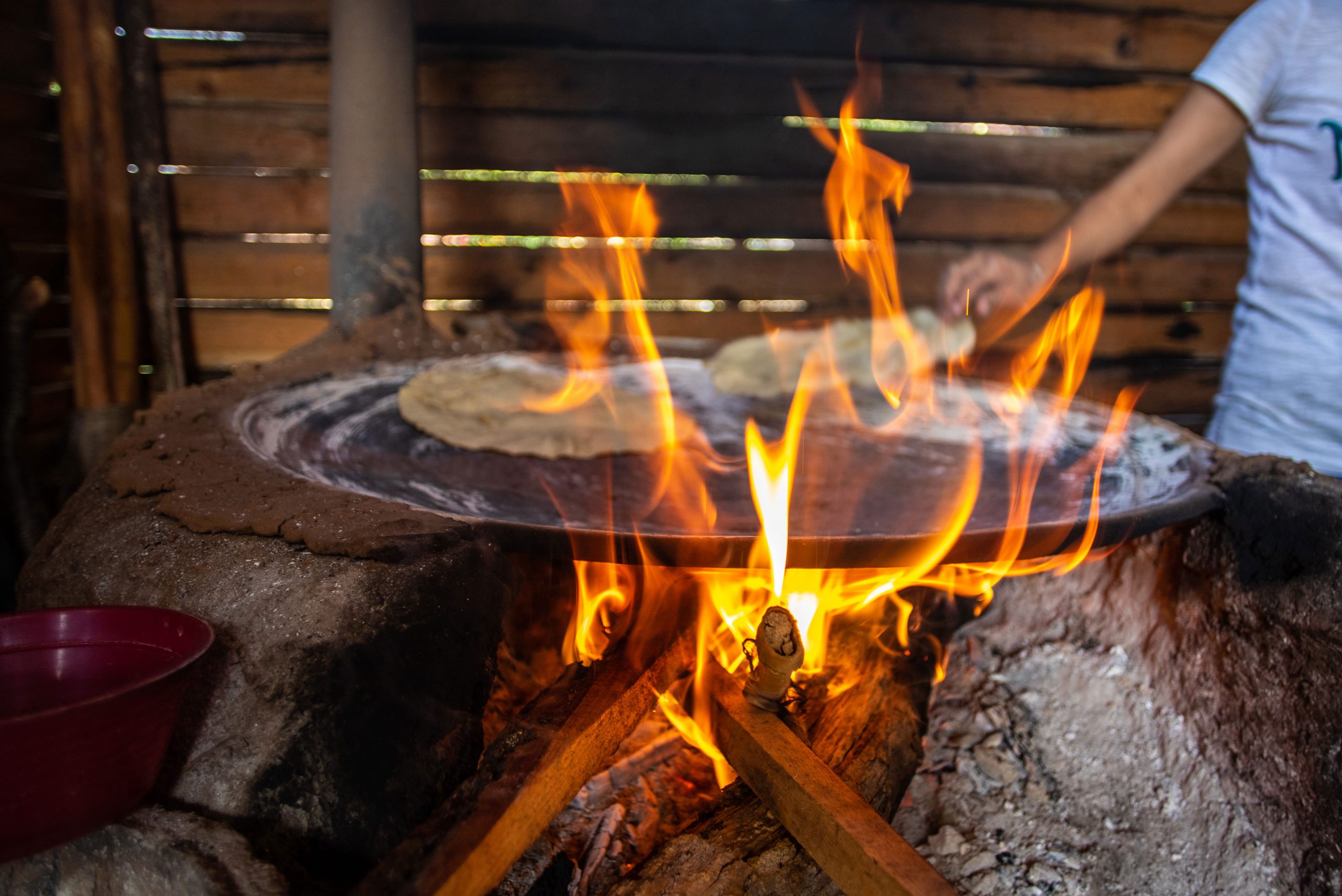 Tlayudas are one of the original “artisanal” foods of Oaxaca but so often they are taken for granted as they’re enjoyed for a hearty late-night snack at one of the tlayuda puestos throughout the city. They are hard to resist. The crowds that gather even at 2 in the morning can’t be wrong! Choose some tasajo or cecina to be grilled up in front of you while you sip an agua de sabor. Vegetarians should request a “tlayuda sencilla” with no asiento. With veggies or savoury meat, a load of spicy salsa or just a squeeze of lime, the tlayuda is a Oaxacan original that is delicious, satisfying, and part of an ancestral culture that resists globalization.

I hope you will think about Candida and Aurelia when you take that first bite. They know the value of the process, of the hard work and sacrifice. Tlayudas mean brutally early mornings, burnt fingertips, long walks to the mercado. They also mean crispy goodness, a great night with friends, a tradition worth savouring.

* Asiento is pork lard used for frying pork skin. Strict vegetarians will want to ask for “queso fresco” instead of quesillo to avoid rennet consumption.

** ‘Tlayuda’ is used to refer to both the prepared dish and the tortilla used in the dish! It isn’t confusing once you order one! 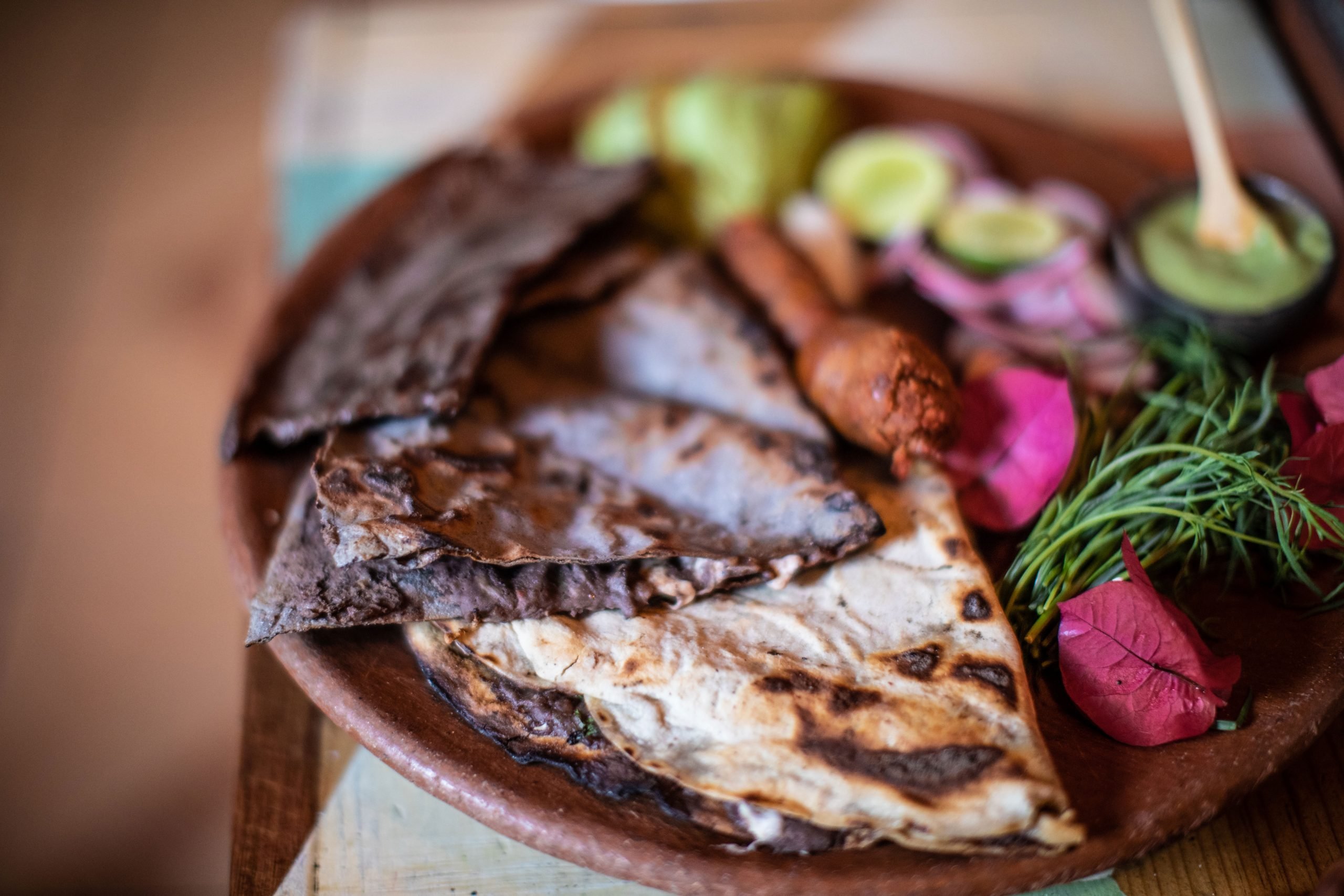