Saturday, September 18
You are at:Home»Food + Drink»Juana Amaya, a cuisine built on tenacity

When food takes you to unexpected places, you realise that paradise is closer than you thought. And yes, in Oaxaca there are many paradises, and one of them is in the kitchen of Juana Amaya, a traditional cook who was born and has lived all her life in Zimatlán de Álvarez, a town in the Central Valleys.

It is in that smoky kitchen, the one that comes from the earth, where you can find simplicity full of nuances and the inheritance from generation to generation. “Everything was ground in the metate; there was no electricity, so the metate was the mill. As the brasero was on the floor, my knees were covered in callouses, and my right arm was well burned from the heat of the comal,” says Juana as she remembers her childhood in the kitchen. From a very young age, she started helping her mother, aunts and grandmother. She had the best school she could have: that of strong and tenacious women who do whatever it takes to feed their families.

Juana remembers that her house was formed by two huts made of sugarcane with reed fences, one was for the kitchen, and the other served as a bedroom. It was one of those houses of traditional architecture among the towns in the area. The whole family slept on petates, woven palm mats, on the dirt floor: the ten brothers and Juana who was the fifth among them. Her father worked in the homes of wealthy people doing odd-jobs, while his mother was in charge of the arduous care of the children. The truth is that there was not always something to eat.

Like hundreds of women in Oaxaca, she often helped in her town’s festivities: one of those women who work for several days before the party grinding spices and other ingredients for the mole, taking care of the fire and food, and making tortillas so that everything is ready for the celebration. 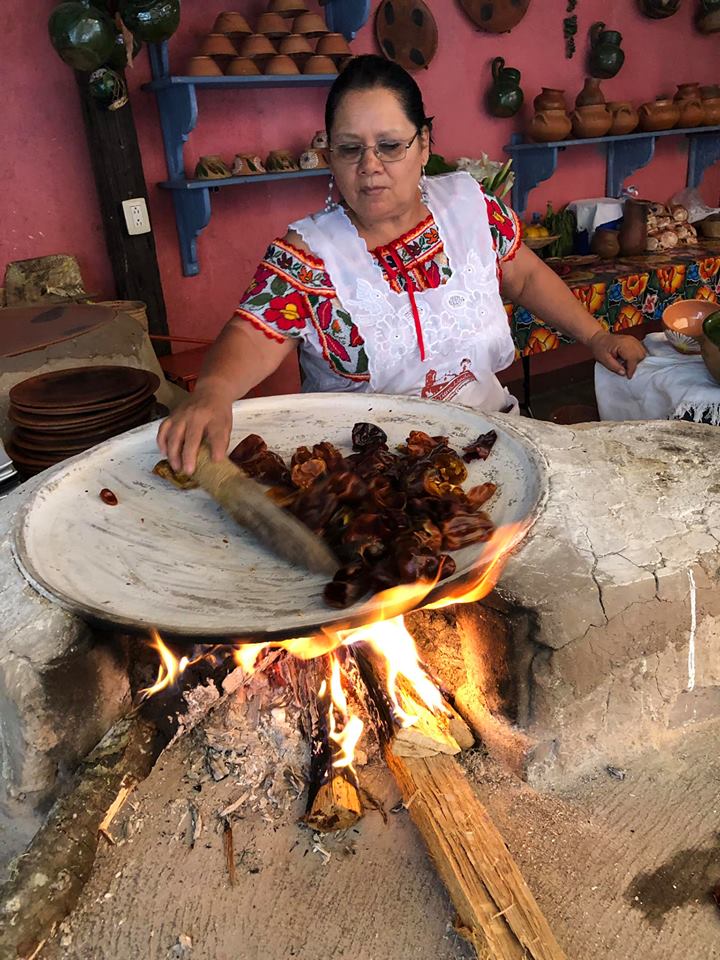 Juana also knows the field and its fruits, the herbs and each of their qualities. She accompanied her father to the field and brought him food every day. She knows the cycles of each product and also likes to visit the vendors in the tianguis. She always went with her mother when she was a small child 一 Wednesdays in Zimatlan, Thursdays in Zaachila and Fridays in Ocotlán 一 to sell onions and garlic.

At 18, without having finished high school, she married Ovidio, her partner and the father of her three children. He was very supportive of her studying law; he first encouraged her to finish high school and later, to start a university degree. Juana then became a lawyer, and until about ten years ago, she was still working as an agent of the Public Ministry.

Some time later, her mother became ill, and Juana decided to leave her job to take care of her. During this time, Juana realised that she needed to have an income, so she thought that the best thing she could do was open a restaurant in her house and serve meals 一 this is how Mi Tierra Linda came about. Little by little, with five tables and a desire to succeed, Juana began to do what she had done all her life: cook for others. “I opened on September 11, 2009, with two meals: espesado de guías and el guiñadu. I went to the market and ordered everything, absolutely everything on credit. A man selling mezcal passed by my door, as he did every Wednesday, and I said: Hey, can you lend me some mezcal?” 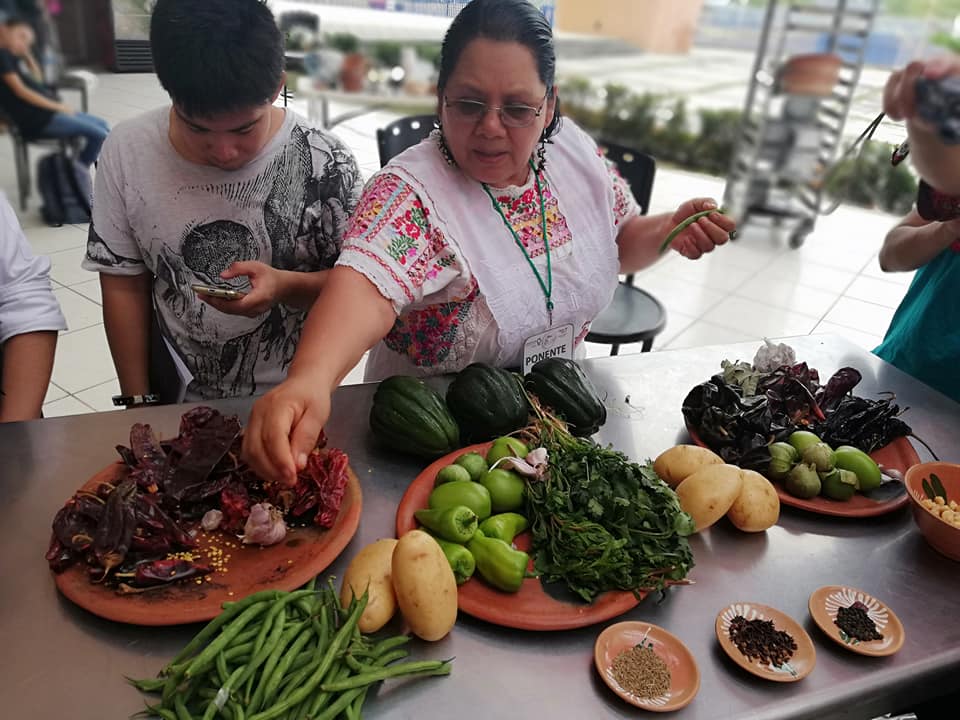 At that time, her youngest son, Ovidio Pérez Amaya, was studying gastronomy in Puebla. “One day, my son Ovidio told me that he was going to attend a gastronomic congress in Mexico City. When he returned he told me about some young people who were coming to a cooking contest here in Oaxaca and that they wanted to come and learn how to make some moles. Well, that’s fine, I replied.” And since then, Juana has not stopped travelling and elevating our senses to unexpected places.

Now Juana is enjoying the fruits of her labour. She is about to publish a book in which she shares the recipes that have marked her life, as well as her stories from the kitchen. She continually goes to restaurants throughout Mexico to cook and talk about her love for Oaxaca and its gastronomy.

She has also travelled to Madrid, Spain, as a special guest of Punto MX restaurant, the first Mexican restaurant to receive a Michelin star, with chef Roberto Ruiz at the helm. The food critics surrendered to her special touch and, not only that, a Punto MX dish bears her name: Mole Negro Juana Amaya, giving her a well-deserved honour.

For ten years, almost on par with the inauguration of the restaurant Mi Tierra Linda, Juana and her son Ovidio 一 supported by her husband, daughters and grandsons 一 have organised the Zimatlán Gastronómico culinary festival. In January they celebrated the tenth anniversary of this event to which they invited eight Mexican chefs: Mario Espinosa, Diego León, Israel Loyola, Javier Plascencia, Roberto Ruiz, Hugo Soto, Carlos Téllez, and Abraham Támez. Each one created a dish inspired by Oaxaca. Another guest was Lala Noguera, an agave distillate specialist, who was in charge of pairing the food with drinks.

If you want to walk through paradise, you know where to go. In Mi Tierra Linda de Zimatlán you can do it thanks to the flavours and wisdom of Juana Amaya. She will be more than happy to attend to you and sit at the table to tell you stories about her kitchen. Don’t miss the black mole that has gained international fame. No doubt her husband Ovidio will join the conversation with some mezcal from his brand Don Ovidio. 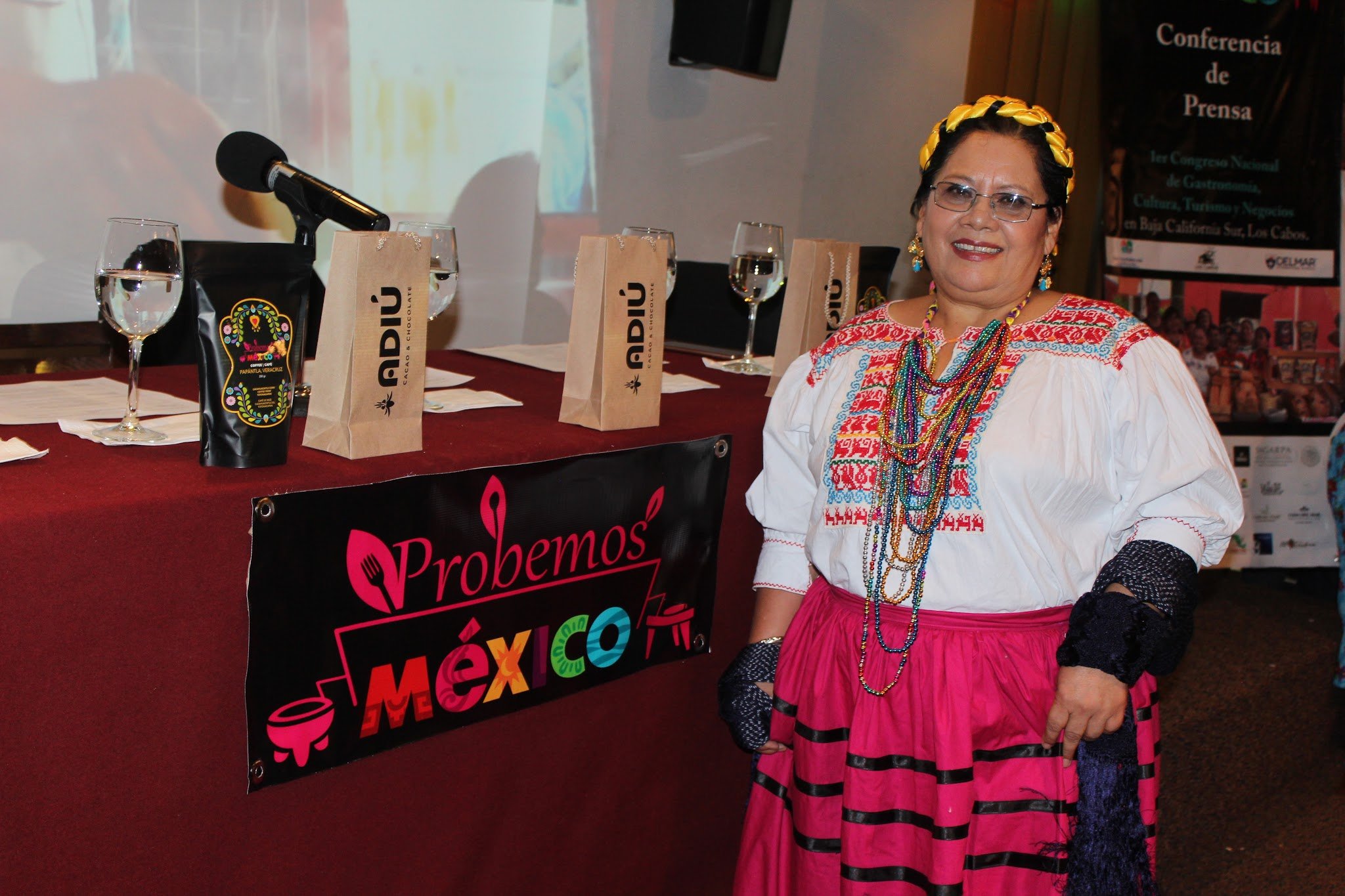