Wednesday, December 1
You are at:Home»Music»Raíces: Betting all in on Son Jarocho

The game was such that you put all the marbles here in the centre in the small circle, and from the big circle you would shoot… but then you could not shoot inside, because they would say: “You crossed the line!”, or “Come-manota (big hand-eater)!” We played like this … we were, let’s say, three players … I won all the marbles! And they said: “Alright, Chirias Mueres’ … so now I put my marble inside the small circle, my ‘tirito’ … and the others would shoot, and if they bumped it out, if they took me out, I returned all those marbles … that was the ‘Chirias Mueres.’”

With some coffee on the table and cumbia with African rhythms in the background, I sat down with the group Raíces, of Oaxacan son jarocho music, to talk about their career, not only as a musical project, but also as a family wholly dedicated to the music. I sat with Maestra Argelia Bautista and Maestro Gonzalo Pérez, musicians and parents of the talented Bibiana Pérez who also joined us, accompanied in turn by her two little ones.

“Gonzalo and I are folk dance teachers. When I was a young single woman, I entered a research institute, made up of teachers, musicologists, from all over the country, back in ’82 … every year we went to a different state to learn the dances … and in addition we had brought a repertoire of our own state.” After getting married, Argelia and Gonzalo still self-financed and attended the various congresses and presentations of the institute.

When their children were born, they also tagged along for the presentations. “Sometimes we traveled by train, sometimes by bus … and at times there wasn’t even transport,” remembered Argelia. “We had to carry our clothes – huaraches, boots, feathered hat penachos… all the material we would need – and the childrens’, too, because even though they did not dance, there was a parade”. 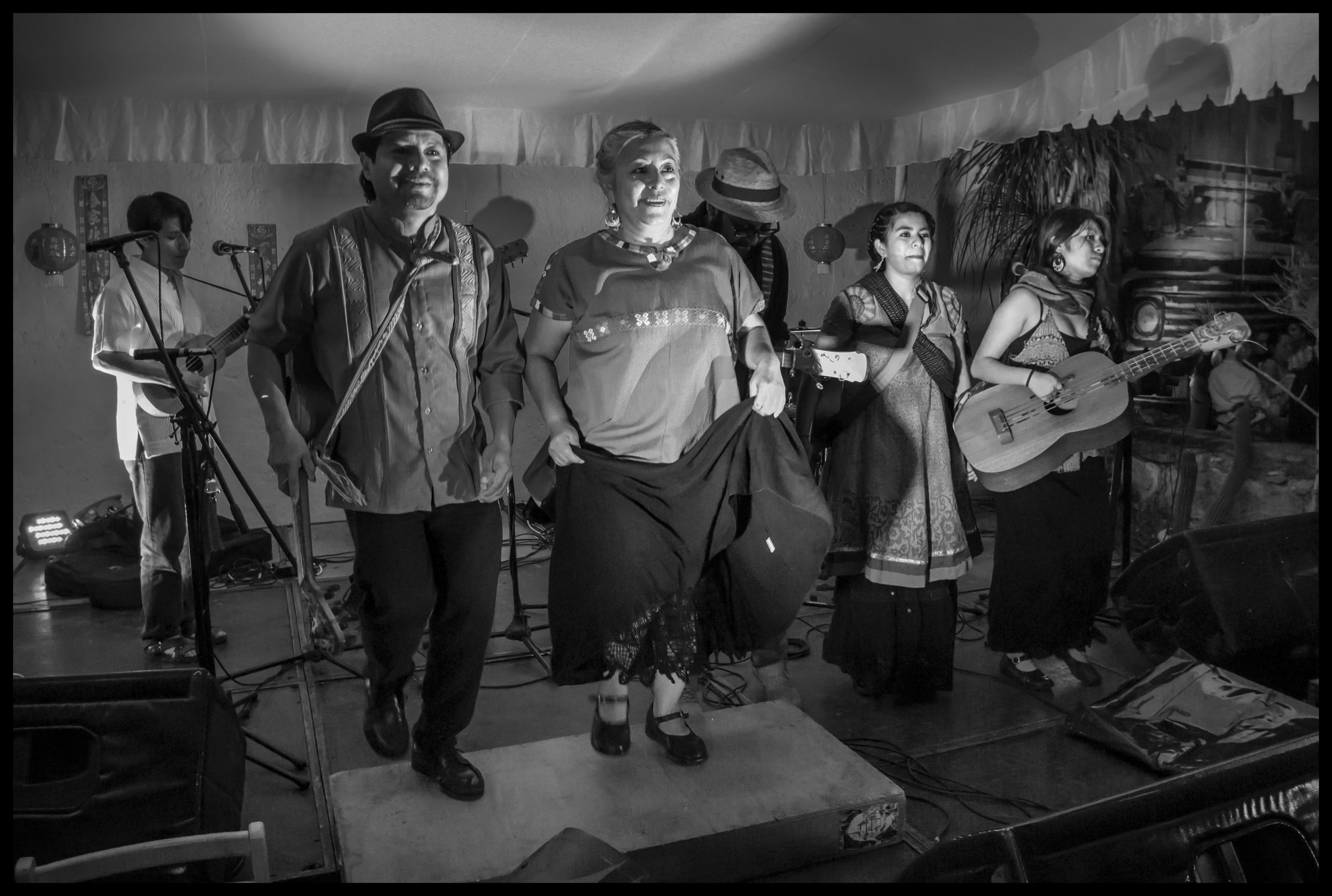 Their decision to focus on son jarocho, after leaving the institute, was no coincidence. Bibiana said, “My grandfather was a musician, from the Mixteca… he played any instrument that was put before him: the violin, the guitar, the saxophone … he had his piano, his banjo … we remember that when we were very young this captured [our attention]… now grown up we noticed that it was already inside… we just had to polish it.”

As they learned more about the genre, the family received the invitation to study with Maestro Roberto González. “He’s now like the uncle,” Bibiana explained. “We would come to play at his Latin American music workshop at the Casa de la Cultura in Oaxaca, some sones, and well, we danced. We were a bunch of different people… but almost all of the others left the workshop and our core group was formed… and from there we focused totally on the genre of son jarocho.” The newly-formed group started to attend festivals, fandangos – meetings between musicians in which they incorporate one by one to play together, improvising verses and riffs under a base rhythm.

“When we knew of this music we were kids … Tavo [my brother]was 15 years old, I was 13, and my sister, Argelia, 8… we went to the son festivals in Veracruz, fandanguero meetings… and once we got to know this music, our interest was to bring it here to our state, to spread it in our own place.” Little by little, the Raíces members began to spread the genre through jarana guitar and zapateado dance workshops, as well as fandangos and presentations in various forums.

In addition to their three albums recorded with known sones and some original songs, some members of the band have developed other musical projects. A prime example is Alcaraván, a project focused on bringing children closer to son jarocho. Composed of Don Gonzalo and Bibiana, together with her husband Dzahui Bautista, it uses the dynamics of children’s games to create interactions between the songs and children in a fun and natural way. “It’s thinking about activities, above all, that they like,” says Bibiana. “[When we perform], for example, the song of the iguana, the children love to see how Chalo crawls around, and they get scared, and they laugh! We see that children get excited learning about something they are not used to.”

In the same way, through the Molcajete project, they incorporate a mixture of rhythms that complement the son jarocho, with a varied instrumentation to create their own songs, attractive to a young audience. Bibi elaborated, “We have added cajón, electric bass, drums … acoustic guitar, woodwinds, and brass… [this style]is precisely for dancing.” 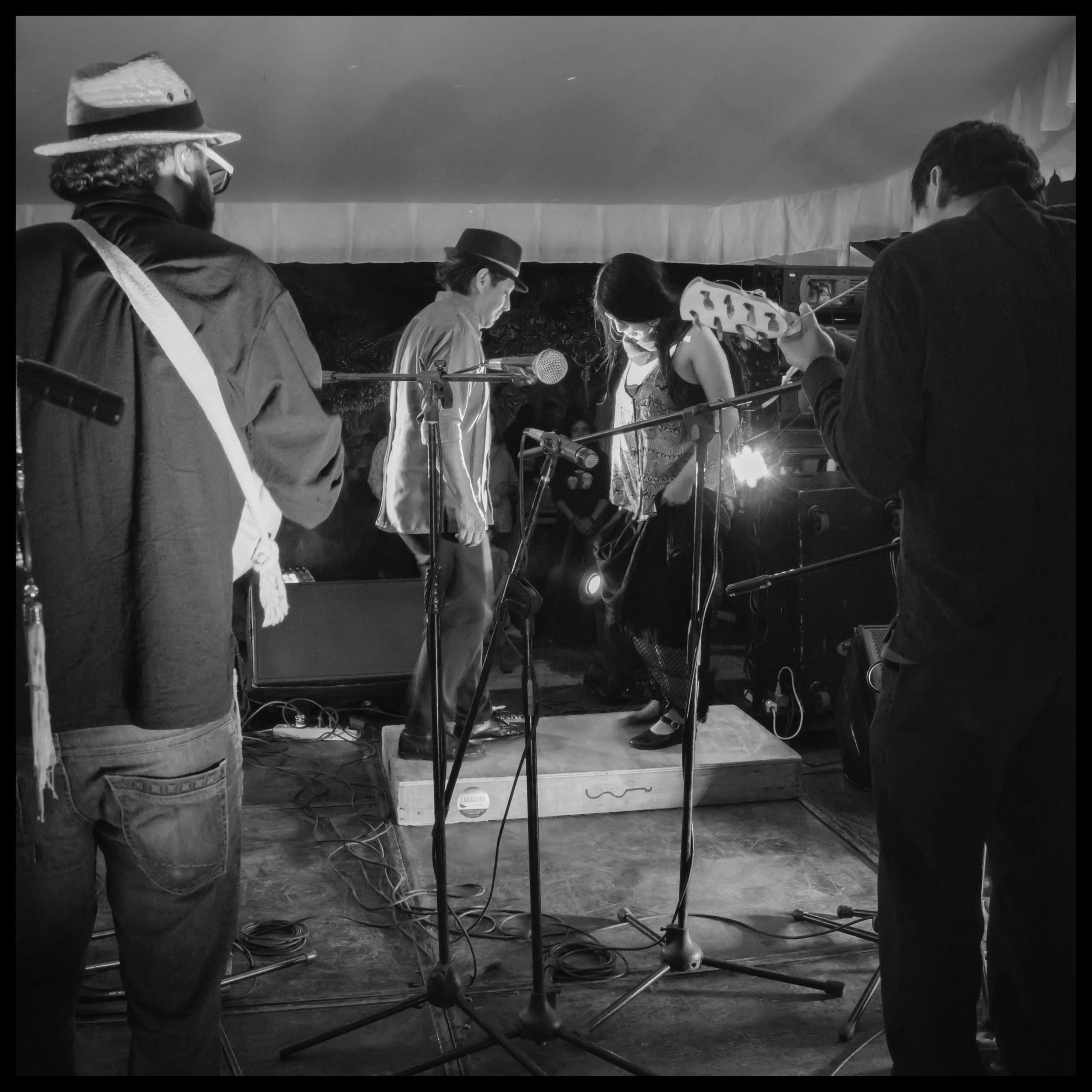 Despite focusing on son jarocho, Raíces has managed to distinguish itself within the genre by presenting a unique style thanks to the incorporation of local musical influences. “We try to mix the music of our regions,” explains Bibiana. “We have made a Sonecito Jarocho turned into a chilena, from the coast … we have also incorporated brass instruments, in honour of our regional brass bands.”

Raíces has bet everything on son jarocho as their artistic path and form of expression. Their trajectory may have begun in dance, but after encounters with other artists, regional traditions, and musicians  – with their children always along for the ride – they found a way to marry Oaxacan culture through movement, but also through songs, lyrics, and rhythms. “We want the public to feel happy, and we want to enjoy the music… to be close, in the heart… having this connection with people, through music, for us, is incredible.”

You can find Raices performing and sharing son jarocho in many venues and festivals throughout Oaxaca but their principal venue is Venadito Espacio Cultural on the Panorámica del Fortín. 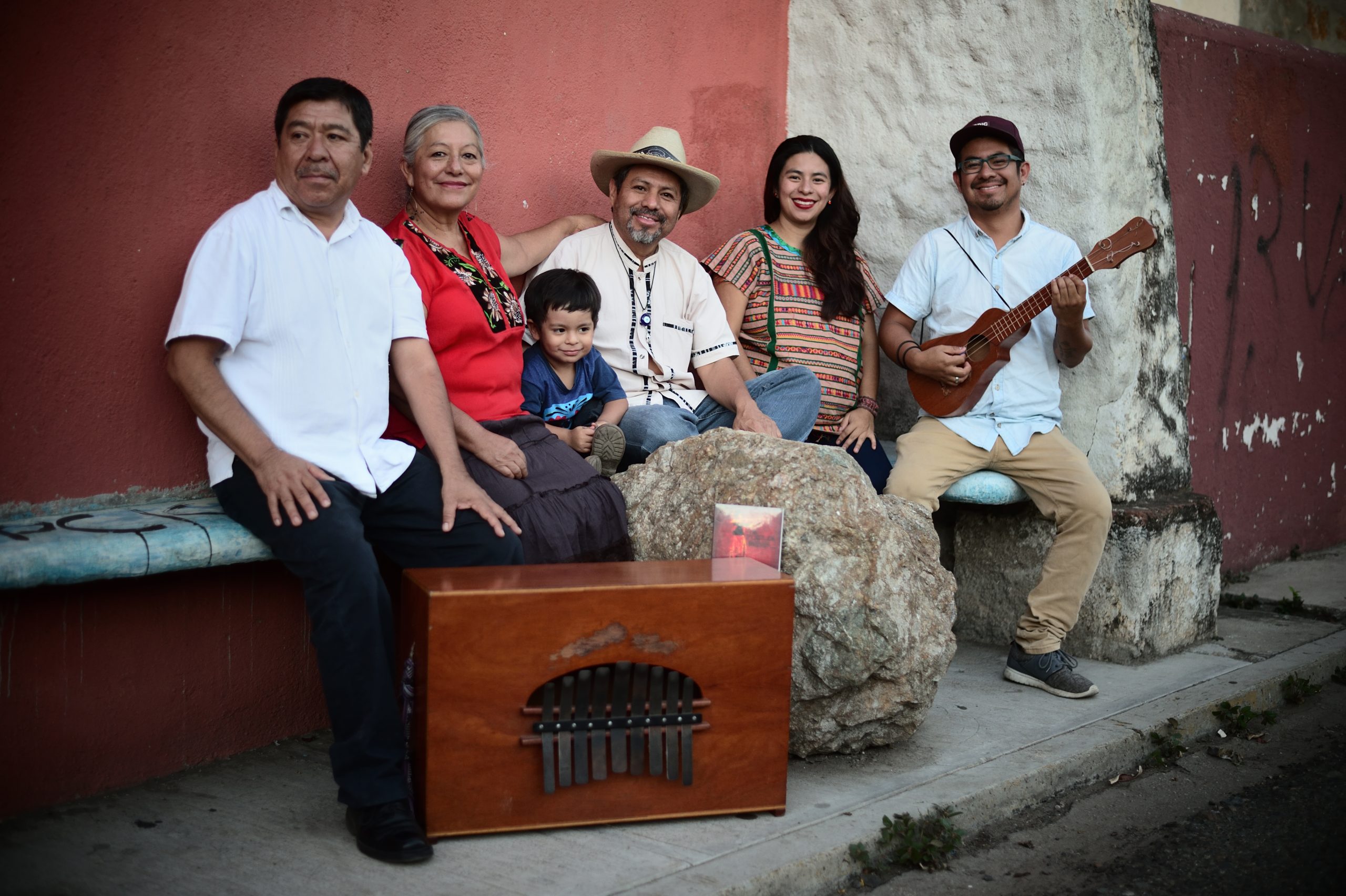