Wednesday, March 3
You are at:Home»Music»María Reyna: The Mixe soprano proud of her roots

She’s rooted, with her feet placed firmly on the ground, with full knowledge of where she came from and where she is going. She has mastered the art of patience, ponders her inner peace, nurturing humility and betting on clarity, all qualities that are woven together to create the strength of a Oaxacan singer like none other, not only because of her talent but because of her disinterest in fame. The Mixe soprano, Maria Reyna González, diminutive at 25 years old, carries her mother tongue proudly like a flag.

Rancho Metate, Santa María Tlahuitoltepec Mixe, is a place where the clouds touch the earth, a place where musicians are cultivated in the Sierra Norte of the state of Oaxaca; and it is there that María Reyna was born. From when she was only eight years old Maria knew that she wanted to sing, so she joined a choir, and at age 15, with little money, left her village to study in Guadalajara.

Upon arrival, things weren’t easy. Nevertheless, her mother tongue, the Ayujk (Mixe) language, was a tool to express her worldview, feelings, and thoughts. It gave more strength to her voice and opened doors to reveal her mission to spread indigenous languages. Though she started as a domestic worker, six years later her story has changed: María Reyna is now famous, a singer in training, promoting her first album, and preparing a tour abroad. It will be the first time she has left Mexico. 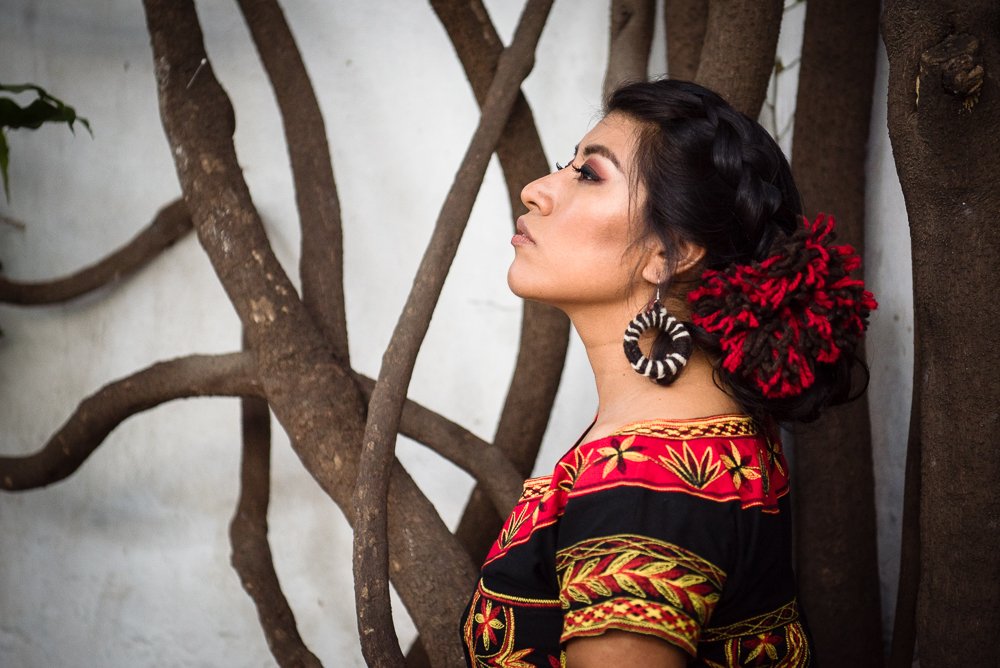 “What do you miss most?” I ask, and she smiles with a kind of melancholy. “What I miss the most is walking in the forest without heels, going to get wood with my dad, making tortillas with my mom, going around without makeup.”

Our interview took place in a hotel in the Historic Centre of Oaxaca, before the presentation of her album, Orgullosa Soy Raíz. Her parents are resting in the room after a long trip that is their first time to leave Tlahuitoltepec, just to attend their daughter’s concert.

“My mum doesn’t like to travel, she doesn’t like the curves. I specifically asked her to come with me to this concert because it is very important.  Not only will it be the first time I sing at the Macedonio Alcalá Theatre, but I’ll also be presenting my album. She hesitated to come, but then my dad accepted. My mom had never left Tlahuitoltepec, but in the end she said ‘well come on, what else can happen’. “


This is how, with her first album in hand, the soprano Mixe María Reyna has returned to Oaxaca with a grand entrance, with the pride of being Oaxacan, and in the company of collaborators and friends who have sustained her in this dream. From photographers, arrangers, musicians, management, and fans, all who have extended their hands to support her in meeting this, the first of her many goals.

“So what’s next? You already have your concert at the Teatro Alcalá; you’re here to present your album. Are you already known in several states?”

“Coming back makes me very nervous. I think it is the emotion of feeling at home and knowing how many people will be there, who will accompany me. I still find it hard to believe that people are lining up to get a ticket for my concerts. I am happy because people who are very important are here with me: my parents, who have given me life! I believe that when you give things with your heart, the universe gives it back to you multiplied.”

Days before, María Reyna had performed at the Guelaguetza Auditorium accompanied by other singers. Since her career took off, she says that there are no coincidences, that everything is the result of her work and the intersection of labour of the many people who have joined her on this journey. 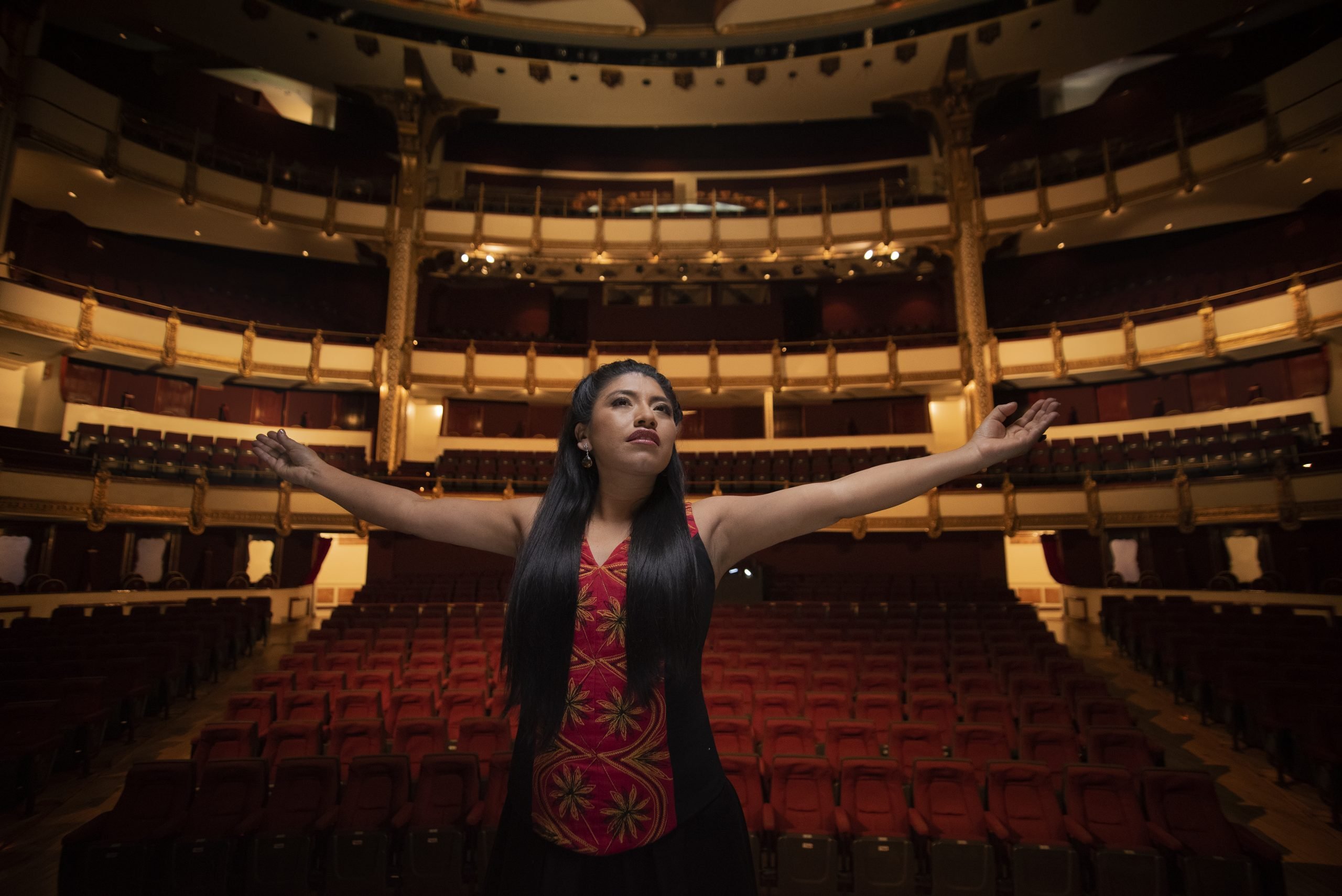 The dream of an Ayuujk woman

The Oaxacan singer draws strength from her roots, from her parents, from her Ayuujk culture. And yes, it is their indigenous culture that is illuminated and transformed through her work: “Everything I do is for my parents. I will go wherever the wind takes me, I will step onto the best stages, but my parents are part of who I am, and they will always be with me. ”

“Opera Mixe is a project created by the pianist and musical director Joaquín Garzón that first mentored María Reyna. There, she discovered herself and her values. I ask her then what fame represents to her: “It is small, it is fleeting, it doesn’t last. Work is what’s behind everything… and a great team.”

The singer represents other women with respect and pride. She carries the flag of Mexico’s indigenous languages which she disseminates and promotes through her music. She sings in Mixe, Zapotec, Mixtec, Nahuatl, as well as Spanish. “Singing in different languages is just a small contribution that I am making to Mexico, there is still much to do, I keep moving. I want to continue studying, cover more arts such as dance and theatre. Bigger projects are coming, and I want to be prepared for them. ”

Three months after launching Orgullosa Soy Raíz in Oaxaca, an album comprising 13 songs that combine classical, jazz, and contemporary music, María Reyna continues with performances in other states of the Mexican Republic. Her career is on the rise, this is just the beginning. Still, she continues to enjoy the smell of the earth and often returns to Tlahuitoltepec Mixe, where she plans to return to live someday. 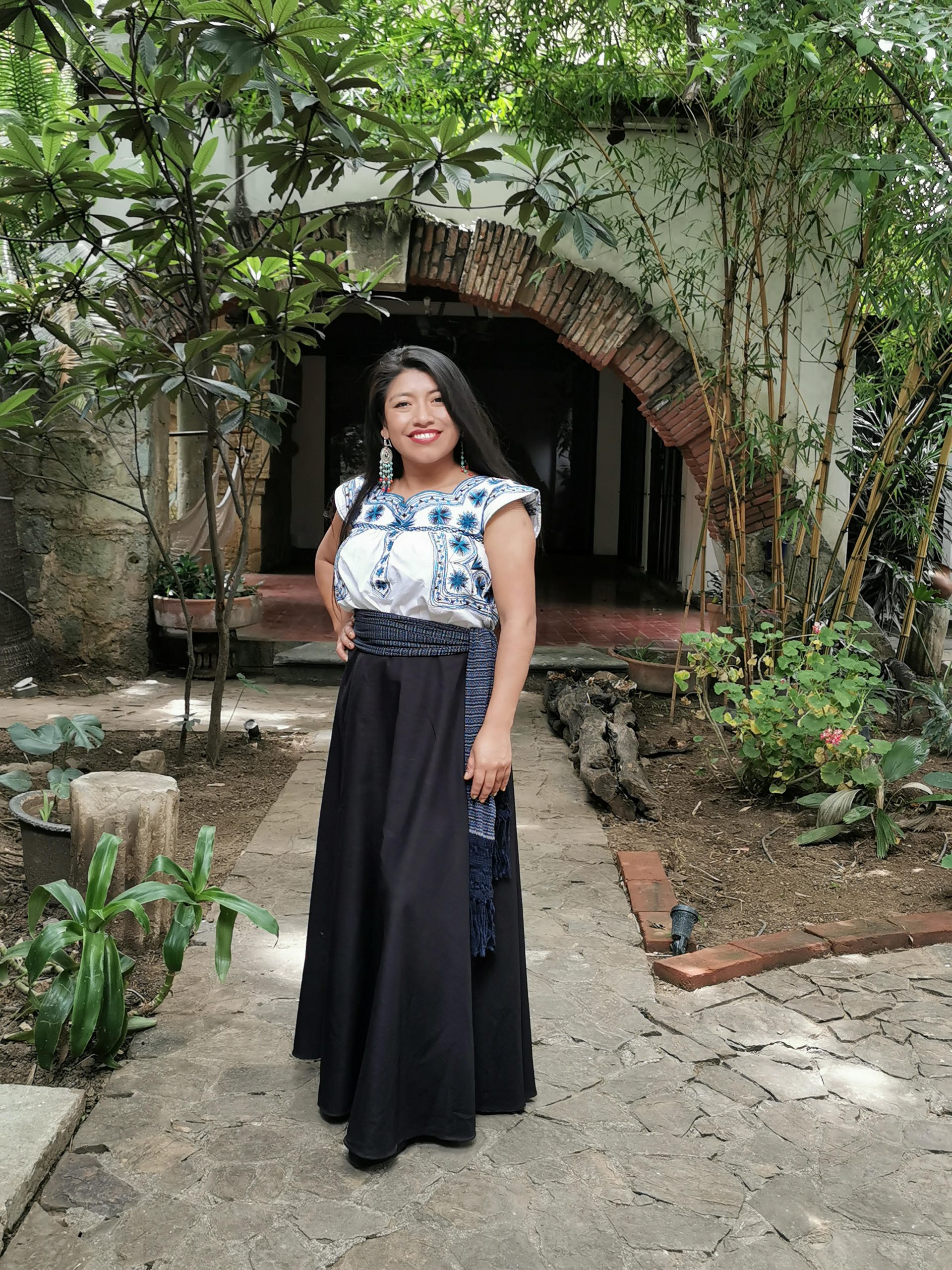