Thursday, June 24
You are at:Home»Travel»The kings that inhabit the mangrove in La Ventanilla

On a winter’s day at midday, the sun falls full on the hibiscus plants in the small field at the entrance of the La Ventanilla ecotourism centre. This community project protects the mangroves and the animal, vegetable and mineral kingdoms that inhabit it. It is located in Santa María Tonameca, Oaxaca, a few minutes from Mazunte and San Agustinillo, majestic and rough beaches of the Pacific. As a welcome before entering the mangrove where a great diversity of birds and reptiles nest, the red and spiky flowers of the hibiscus shine brightly. We walk along a rustic street until we enter the thicket of trees and palms with trunks braided from top to bottom, which look like the rough backs of crocodiles frolicking in the sun. The guide tells us that the foliage of these palm trees will later serve to weave the roofs of the houses and thus revive sustainable Mesoamerican architecture.

As we head towards the lagoon, the sound of the sea that is only a few metres away from the mangrove becomes more intense; under our feet, the sand looks black. Just six metres from the surface there is volcanic lava, the origin of the dark colour of obsidian or oil. 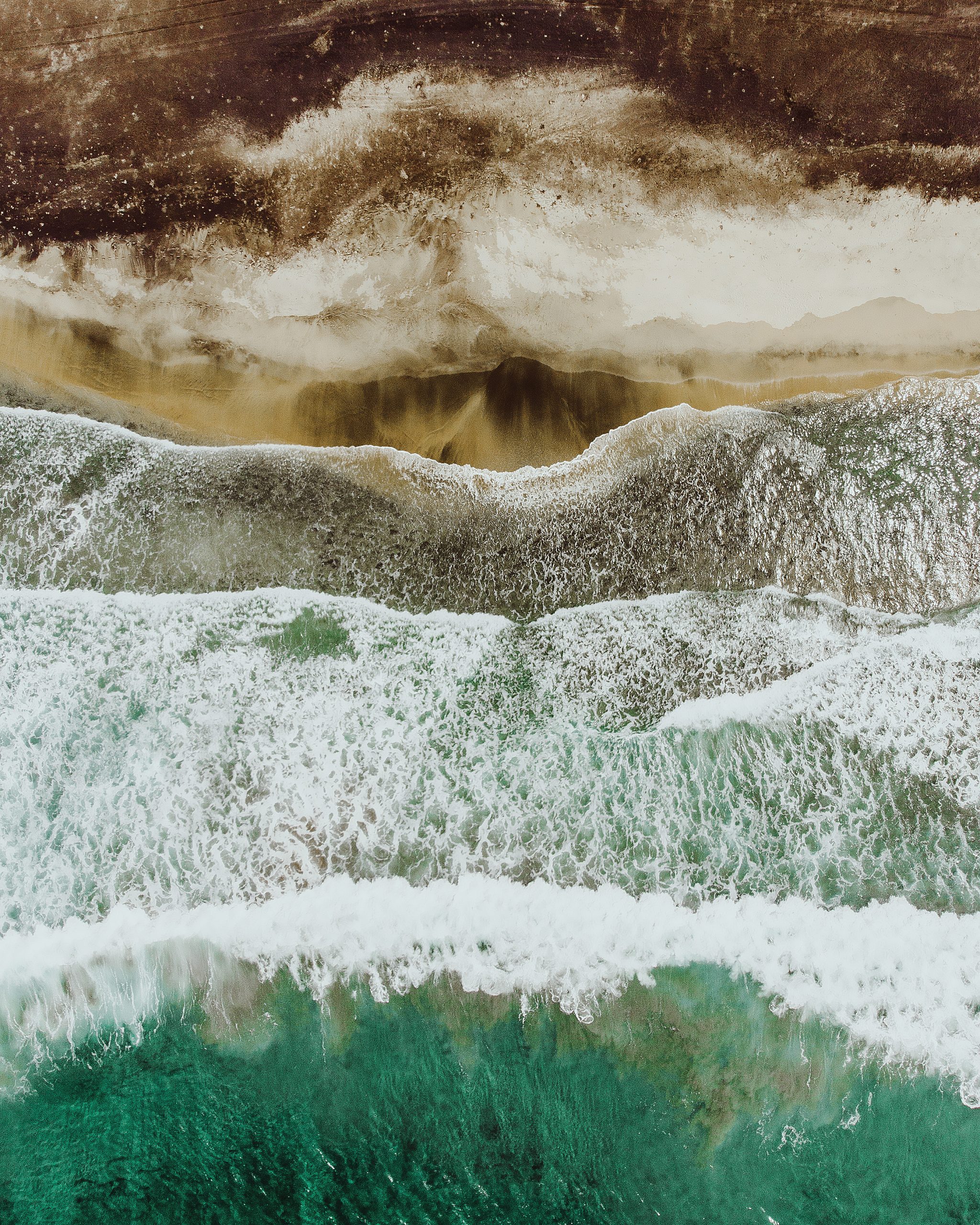 We navigate in La Iguana, a small boat that makes its way in the red waters of the lagoon. Although its wooden oars take us slowly and break the surface of the water gently to show us the garnet colour of the bottom, they do not damage the purifying process carried out by the red mangrove. The inhabitants involved in this project take care that each element is harmonious with the ecosystem. We then navigate into an enigmatic lagoon inhabited by around 71 species of resident and migratory birds, only at this time of the year can we see cranes, cormorants, black-legged herons, some eagles and hummingbirds.

Undoubtedly, the most impressive part of this scene is the unexpected encounter with the crocodiles while the guide is informing us in English of everything he knows about the reserve. Some remain with 90% of their bodies submerged underwater and only allow us to see the edge of their arid backs as if they were icebergs of stone; others remain with their entire bodies basking in the sun to warm their cold blood, with their jaws closed and their eyes watchful. The adrenaline of sailing so close to these reptiles dissipates when we find turtles, cranes, cormorants, black-legged herons, ibises, and green herons. We disembark on an island minutes after finding out that we are in a sanctuary, surrounded by 400 crocodiles that live between 70 and 75 years. 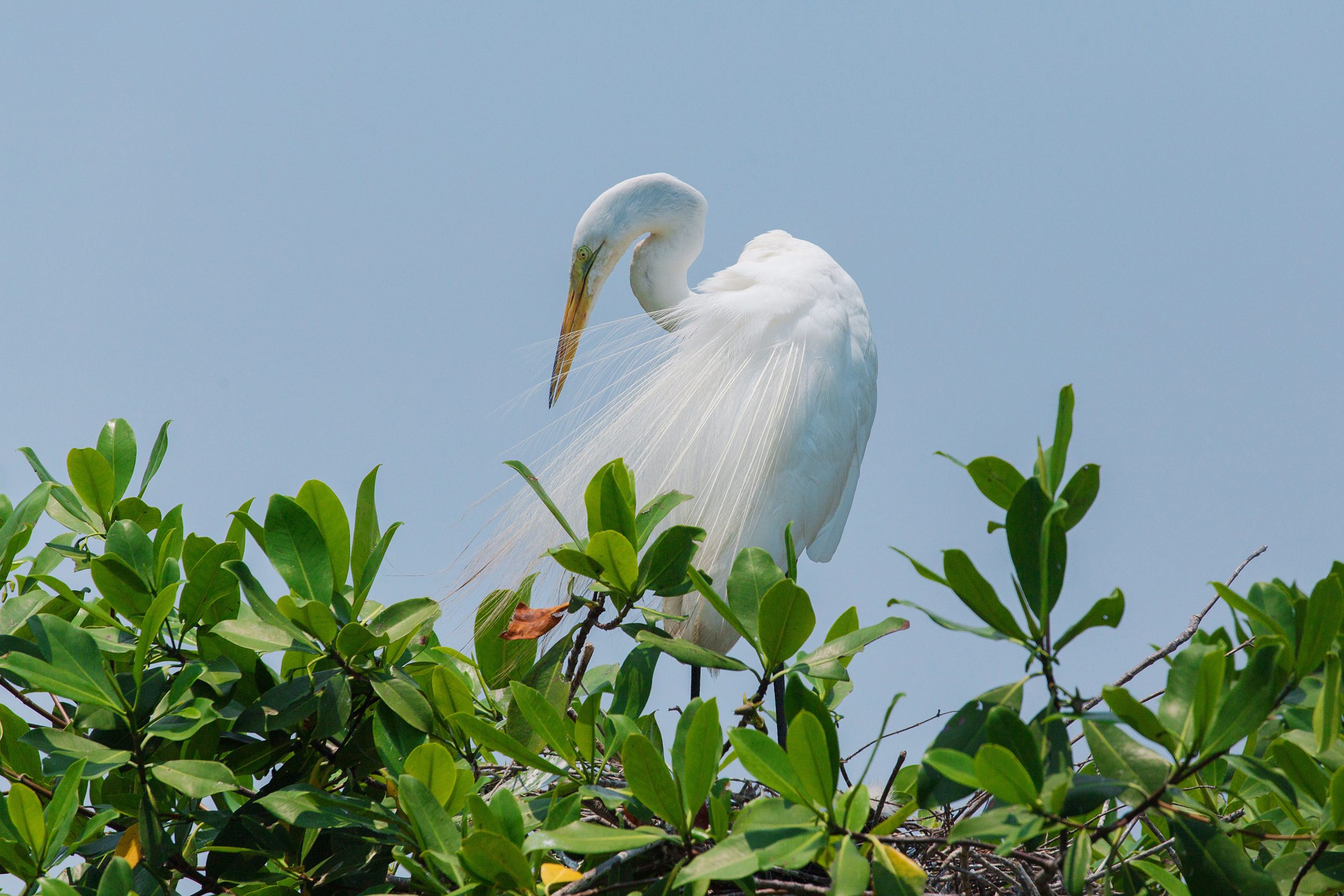 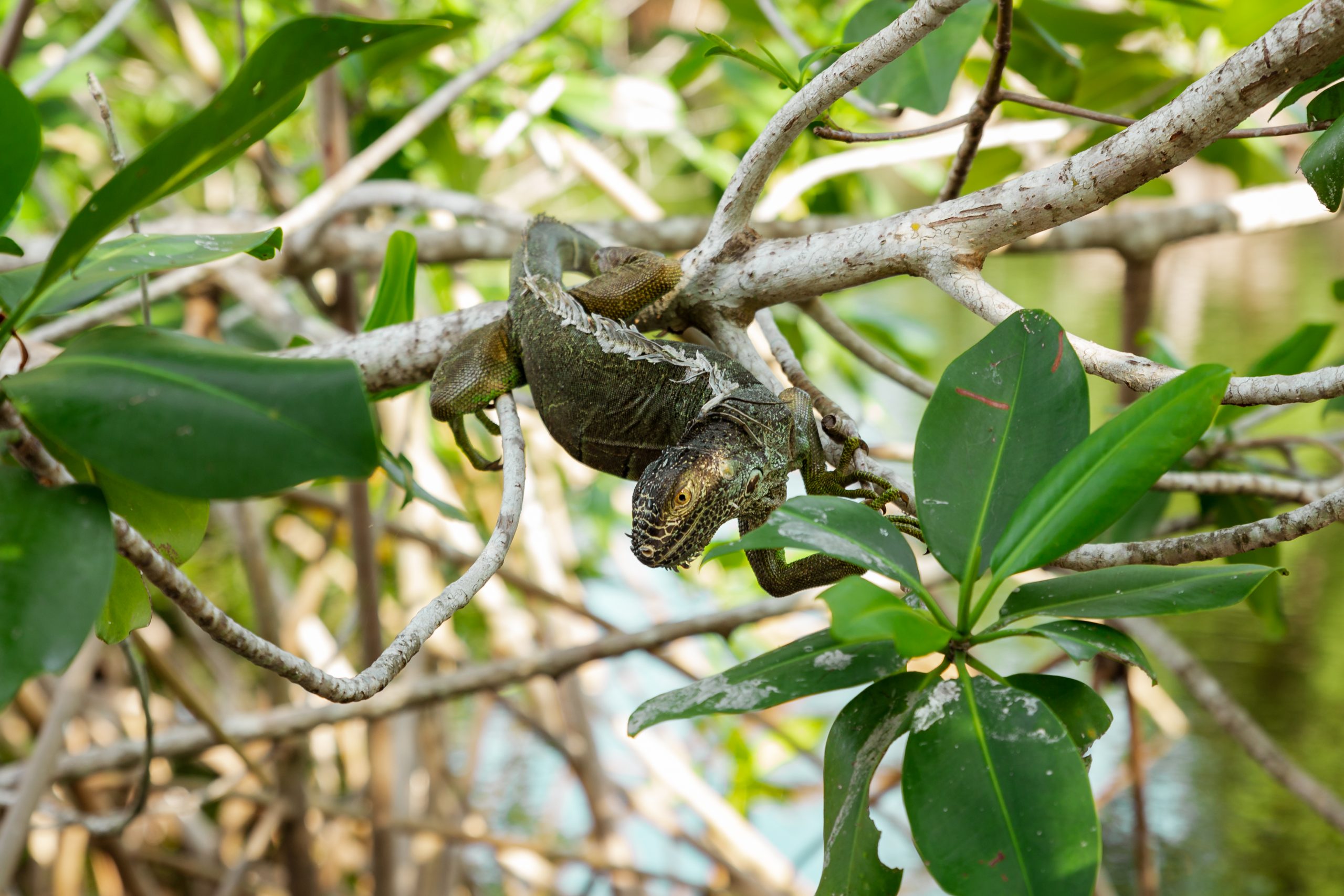 The residents of La Ventanilla set up La Isla in a former Japanese factory from last century. It’s a community reserve where caiman, white-tailed deer, river and swamp crocodiles, and spider monkeys can be found. There is also a restaurant where you can try some native heirloom corn delicacies and buy organic products. One of the principal characters of this place is Yupi, the monkey that carries his teddy bear everywhere and delights in eating quesadillas. There is also a Capuchin monkey that, like so many other animals who have been in captivity for many years, refuses to leave because it is impossible to survive in their natural habitat. They are one of the species seized by the animal protection institute in Mexico and are placed on the island for their care.

Here the white-tailed deer have an area full of pomarrosa trees where a sweet smell emanates from every piece of fruit broken on the earth. I pick one up, and a baby deer approaches with the nervous curiosity that only a young and free animal could have: observing and sniffing, she approaches the pomarrosa and eats it from the palm of my hand until her mother pushes her with the rest of the herd as they go to eat salt to gain weight. 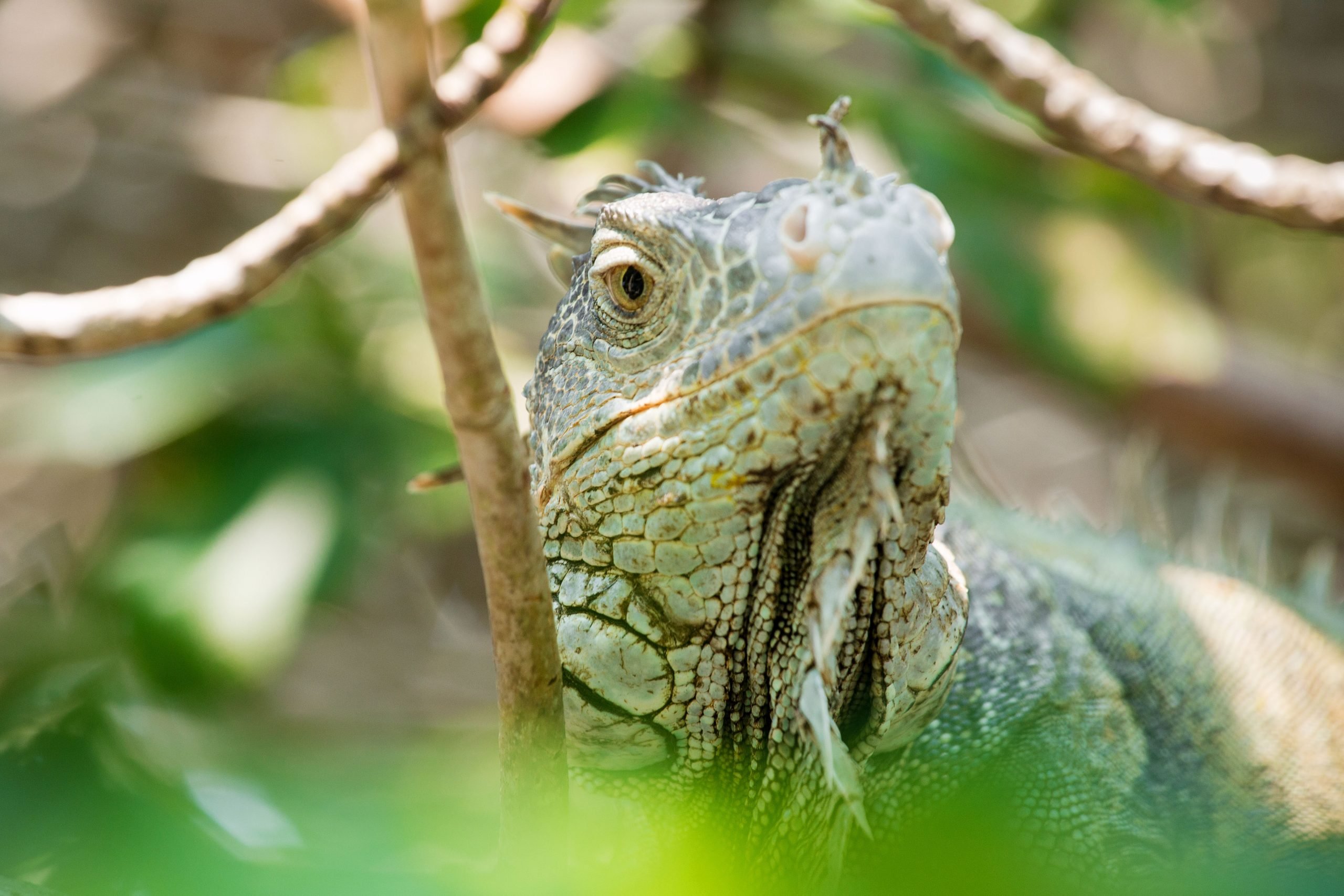 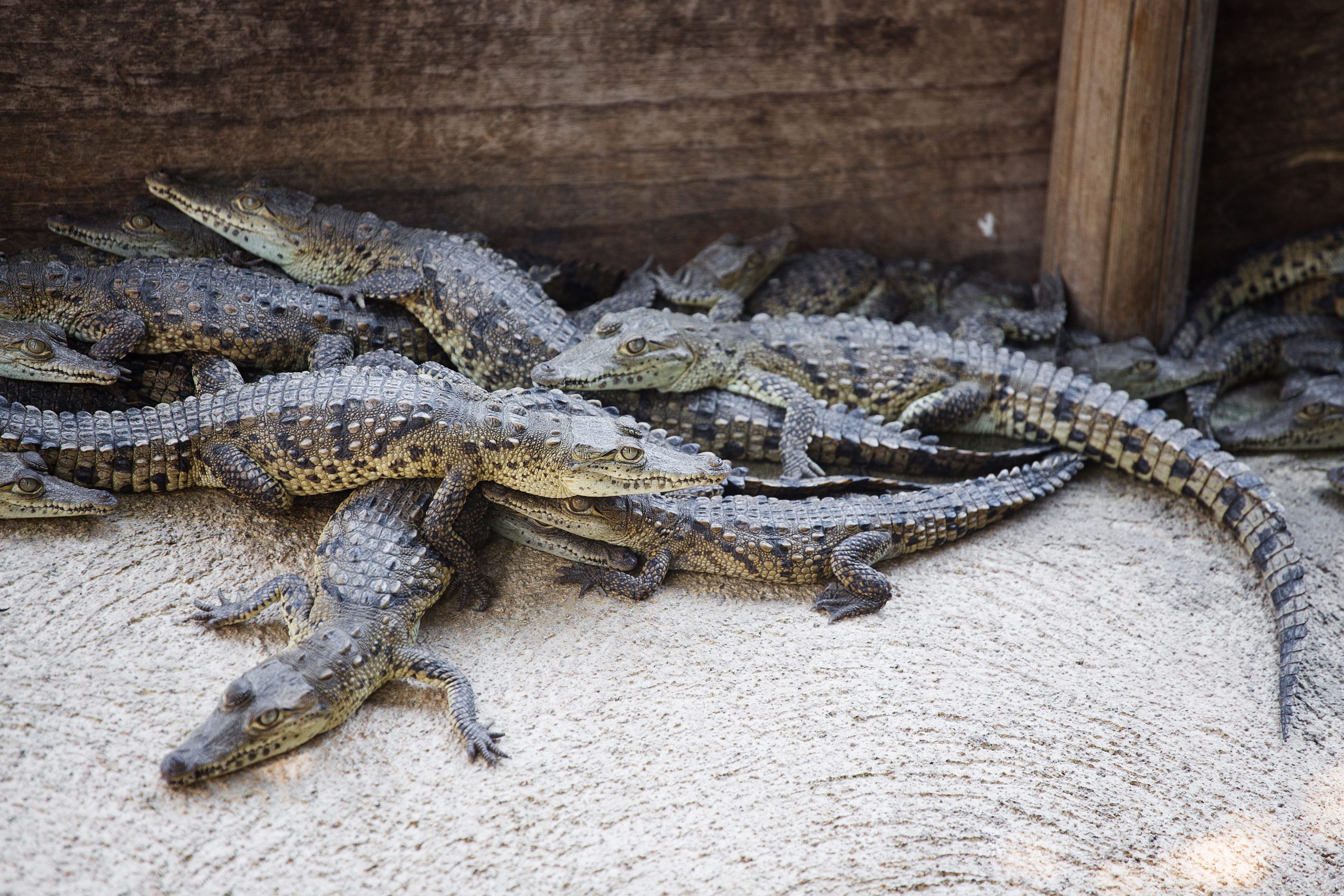 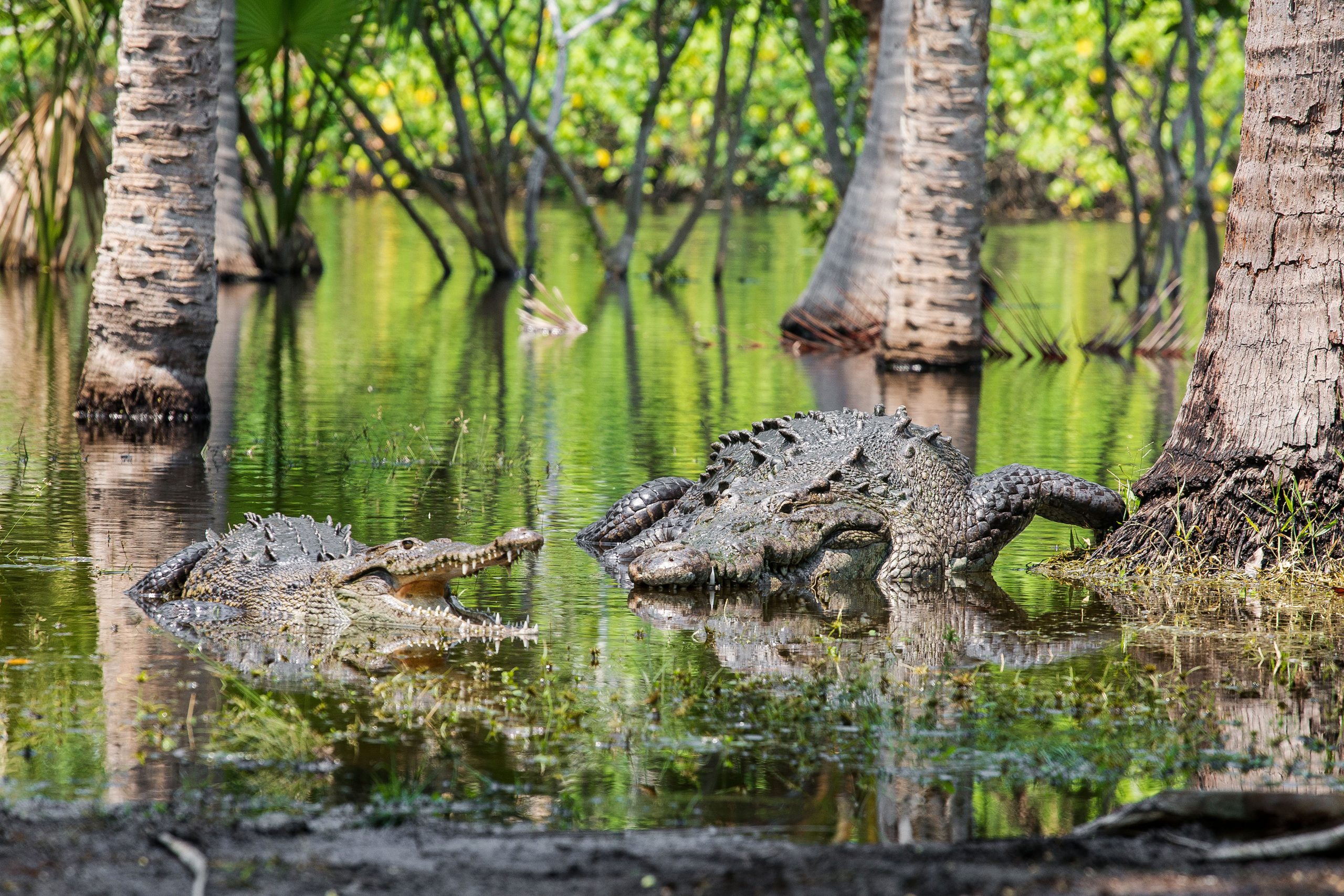 We advance along the island towards the ponds with crocodiles and caimans. Unexpectedly, the reptiles are loose and only a few metres from us, free and motionless in the grass, with an indifferent gaze. Like a postcard, an iguana, a garrobo, two crocodiles and four vultures frolic on this winter day. We walk alongside them to see the small museum where the skeleton of a 35-year-old crocodile and some snakes in saline solutions are exhibited. Without a doubt, try the food made from ingredients native to the area – tortillas from the comal, fish broth, pumpkin flower quesadillas – it is the perfect salve to calm our adrenaline before we continue into the mangrove.

Around two hours after the trip to the centre of a radiant ecosystem, Agustín Reyes Sánchez, member and guide in the project, returns us to land. He tells us that he has travelled the world learning and teaching about his experience at La Ventanilla, a community that is dedicated to the conservation and rehabilitation of mangroves, and the habitat of crocodiles, turtles, and birds among other endangered species. The same hibiscus flowers continue to shine and bid us farewell from this site inhabited by the animal, vegetable and mineral worlds that breathe and beat inside the red heart of the mangrove of La Ventanilla. 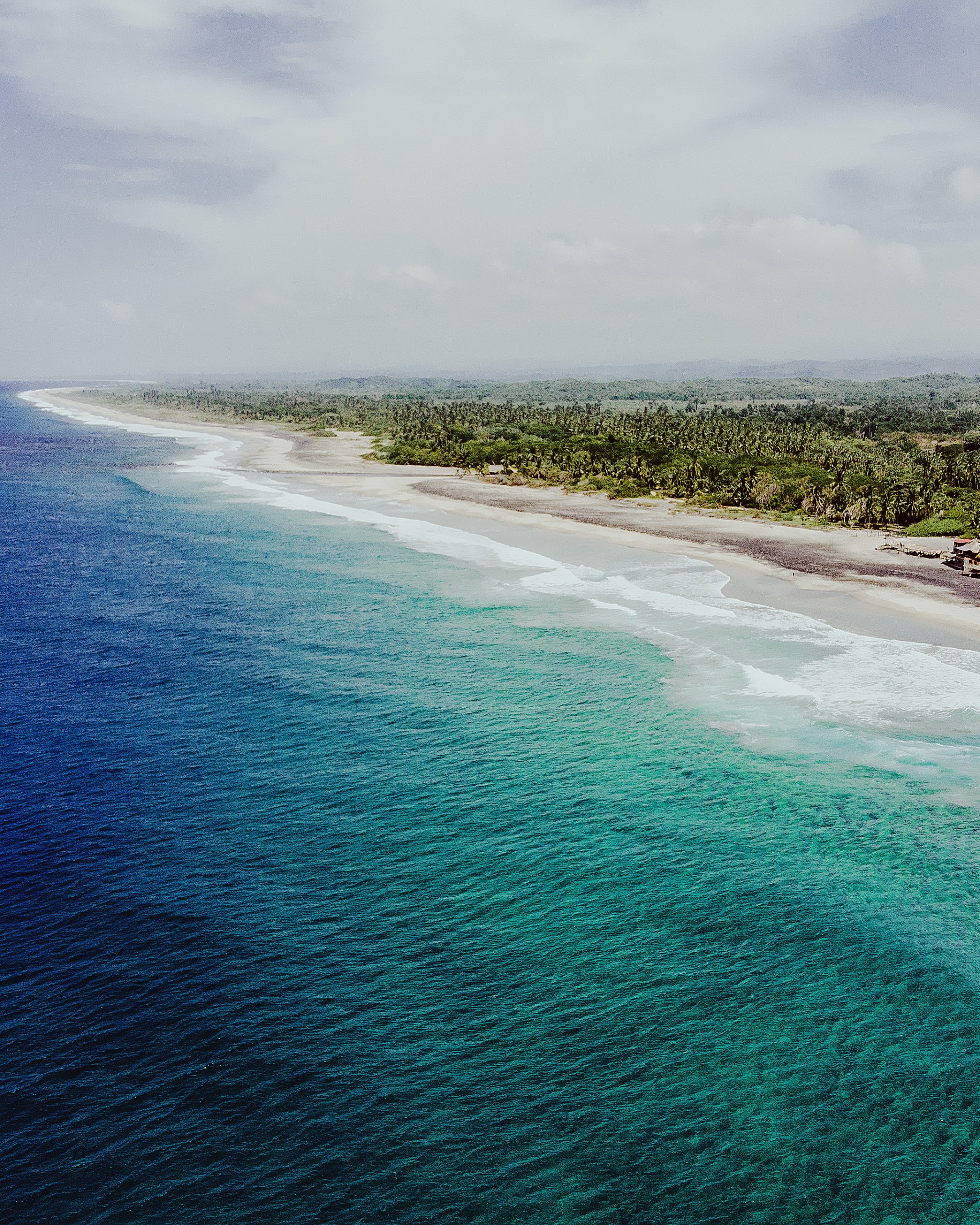