Thursday, March 4
You are at:Home»Art + Culture»Art»A Chaos in Graphic Form

The poetry reading next Tuesday is partially covered by the medicinal plant workshop that starts in 2 hours.
That band I’ve always wanted to see is playing on Friday.
That other band that I like played last night and will play again two weeks from Thursday.
The Festival de Circo. A documentary film screening. A nighttime bike ride. We haven’t been to the children’s library lately. This workshop on dinosaurs looks fascinating. Oh damn, it was last week.
Food tours. Bird tours. Chocolate tours. Mezcal tours.

I’m waiting to meet a friend on a corner in Oaxaca Centro. It’s a good time to catch up on “the posters”, the collection of colourful doble carta adverts for upcoming events. The library system uses only black and white posters, a strong aesthetic that undoubtedly also saves them money. I snap a few photos of dates and places that I want to remember. I take another photo of an outdated poster because I think the image is stellar and I want to study the watercolour effect they’ve used on their photos. I now have a plan in mind for Sunday afternoon — a puppet performance at the children’s museum (MIO) with my daughter — and I’ve emailed the walking food tour details to a friend coming to visit next month. I’m kicking myself for missing the medicinal plant workshop but I’ve found and followed the instructor’s Facebook page.

Anyone who has taken the time to stroll around downtown Oaxaca can testify to the eye-catching allure of the posters. And that is probably why there are so many: “People still walk here. They will go to work or walk their kids to school… They have time to stop and look when they are waiting or just en camino.” I’ve asked Brenda, a young woman who hangs posters for hire at 3 pesos a poster, why she thinks posters are still used so prevalently even with the proliferation of social media. She hangs posters for the libraries, several bars, and private clients who get her number through word of mouth. I’ve just hired her to hang 75 posters to promote an upcoming fundraiser. It’s my first time hiring her; previously, I’ve just hung them up myself. She’s also hanging 250 posters for an upcoming music festival so she is saddled with 3 bags of posters and 3 rolls of tape on her wrist. I wonder aloud if I printed enough posters. “I’ll just need to be more thoughtful of where I hang them. The festival wants me to saturate the city.” Sure enough, two days later, I see the music festival everywhere. 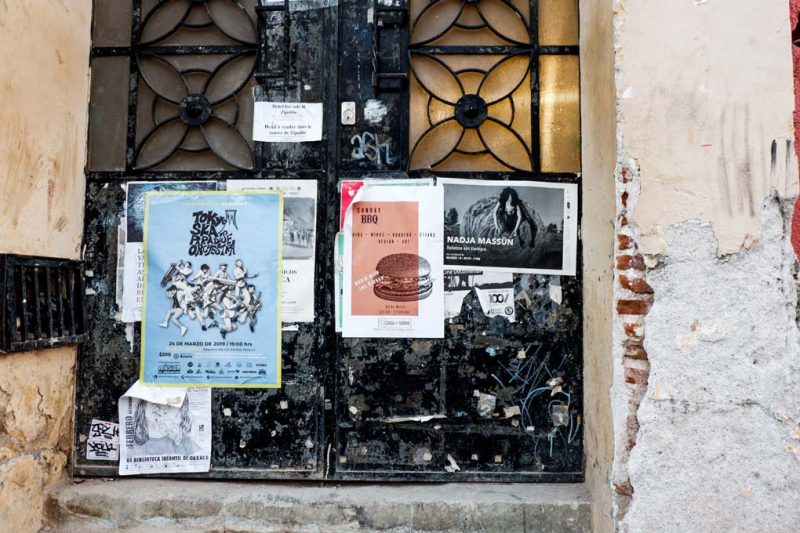 Oaxaca, with so many colourful artistic traditions, has embraced street art as expression and protest long before Instagramable murals became a must-have for any tourist destination. The collages of posters on street corners and café bulletin boards often seem like an extension of the street art scene. It is a tapestry of manipulated clipart, photos, line art, a kaleidoscope of graphics, and bold typography, all shouting for your attention while also interweaving into a singular comment on this moment in time in Oaxaca.

“There are so many graphic designers [and]artists in Oaxaca. This seems to be a good way for them to do work, to be seen,” Brenda supposes. One print hanging in a gallery does pale in comparison to 250 copies of the print plastered all over the city. Poster design seems less commercial than many other forms of advertising and is often be seen as an art form itself. In fact, there are several exhibitions of poster collections throughout the year including the ongoing Screenadelica series at Convivio, a recent collection of cycling-themed posters at MIO, and an annual poster-design contest at the stamp museum (MUFI). 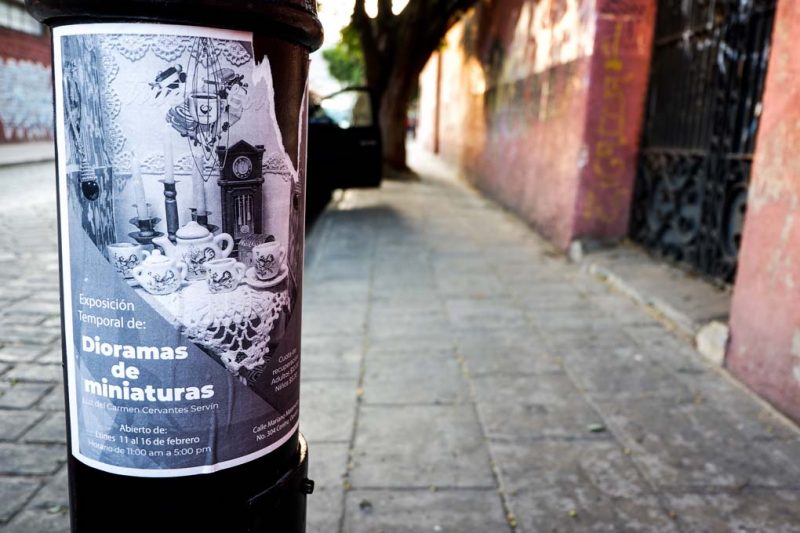 Andrea, who works at a local print shop, says they print two dozen poster designs a week. “Sometimes people print carta paper but most want doble carta or tabloide for impact. You can see it from far away, fit more art,  more information.” She doesn’t see Oaxaca’s curious affinity for posters dying out anytime soon. “It’s good marketing in a small city. It’s also just part of how we see our city, a chaos of things to do in graphic form.”

“I took a workshop that said someone needs to see an advertisement seven times before they remember it.” My friend, Bruno, uses posters to promote his band. I’m impressed he is so pragmatic about his advertising. Then he laughs, “Plus, I feel like a rockstar when I see my name on a poster.” The “top of mind” advertising approach is a tried and true one. A study in 2015 by researchers Schmidt and Eisend indicated that most people don’t even register an advertisement the first time they see it and engagement doesn’t taper off until after eight repetitions. When I see the poetry reading poster the next Tuesday morning and decide to go, I do a count in my head. I saw it on Facebook at least twice, again on Qué Pasa Oaxaca’s flagship website, and three posters. That’s six times. 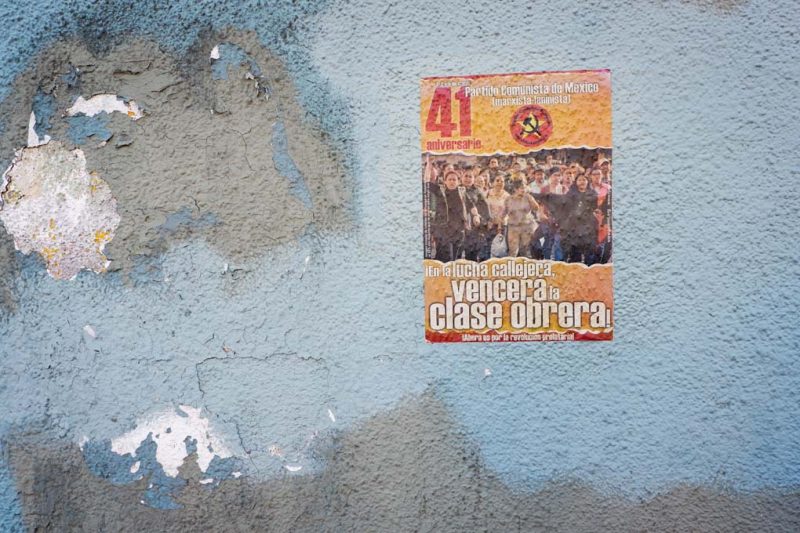 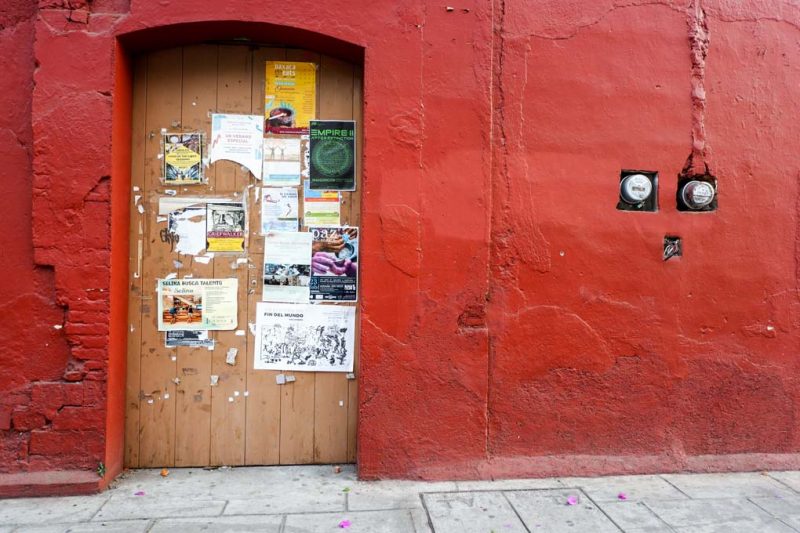