Thursday, May 6
You are at:Home»Art + Culture»Lukas Avendaño: A Successful Case of Failure

“Imagination is inherent to our species,” says Lukas, showing a smile the size of his hope. Throughout his life, Lukas has walked and mocked the paths that seemed destined to fail. That insistence has endowed him with a body built out of many bodies which help him express a series of themes. Although he weaves these themes delicately, he deliberately exhibits his own contradictions: indigenous identity, gender identity, sexual diversity, and the subversion of both bodies and peoples.

Lukas describes himself as dancer, choreographer, poet, actor, model, performance artist, anthropologist, muxe performer, and multidisciplinary trans. But, in order to understand his artistic development with greater depth, we must understand everything that has been denied him: “My mother gave birth to me in a land surrounded by mezquites in Tehuantepec. My education took place in a family of indios (indigenous Mexicans). We were called ‘refajudas’, ‘patarajadas’, and ‘sodomites’, and what are now called Muxhes (third gender) or Muxheidad,” declares Lukas with parsimony.

That was his first rejection of identity: “I was born in a peasant family, indias patarajadas, as they used to call us… the first body in my body, like a watermark, is the one of a peasant child. All the memories of being a peasant child that can be recorded are in my body… When my father broke the logic of remaining indio and became an ‘illegal’ (immigrant) in the United States, we all broke the chain of being indio. We entered into another denial: being illegal. My father had to refuse to be indigenous in order  to become undocumented.” His brothers followed his father. It seemed the next to migrate would be Lukas. In order to continue his studies – and avoid immigration – at age 15, he decided to enroll as a community instructor and was assigned to Cerro Caballo, a community on the Oaxacan coast, only reachable by a twelve hour walk. “I used to spend time crying over there in the mountains, because I was a child (…) there I was, the teacher, and the teacher has answers for everything,” he says. 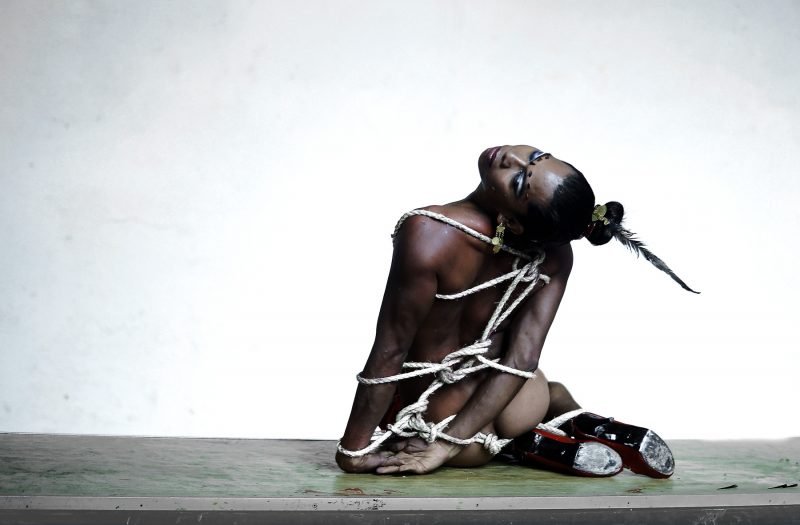 Later, he encountered another challenge: university. He first studied at the Faculty of Law in UABJO (Universidad Autónoma Benito Juárez). However, meeting an enthusiastic archaeologist combined with a growing disappointment with the law, led him to change his field and study anthropology at the Facultad de Antropología de la Universidad Veracruzana. Some time later, his rapprochement to the performing arts and the dance pushed him to study dance as well. “They say that studying anthropology leads to a total uncertainty in the professional sector, being a dancer leads you to a even greater uncertainty. It seemed that in the body construction, there was already a stigma. I clung to pursue the stigma. In other words, it seemed that I was destined and determined to be a successful case of failure,” he says. 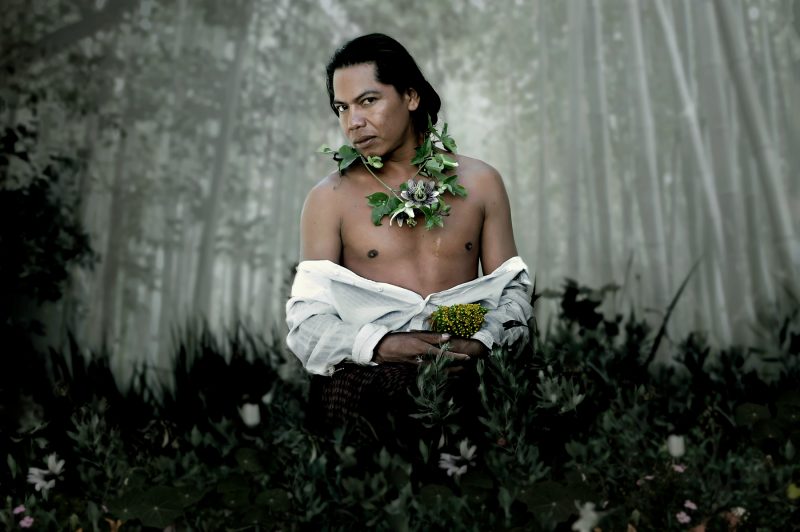 From that date on, Lukas has performed his works successfully around Mexico and in countries such as Argentina, Colombia, Poland, Canada, Germany, Spain, Guatemala, Switzerland, USA, and Ecuador. He has performed in more than a dozen theaters and performing arts festivals in and outside Mexico. He has created diverse projects in fields such as direction, choreography, performance, and teaching, as well as a prolific literary production.

From then on, Lukas has endeavoured to challenge fate again. He is certain he will find his brother. “Not finding Bruno is not a possibility. My biggest challenge, in this sense, is to create the possibility of falsifying the criteria of truth, just the way the public institutions charged with seeking and delivering justice have said ‘40,000 people have disappeared in this country, 40,001, 40,002, 40,003’ and nothing happens. My position, then, is to change the truth, to say that it is possible to stop that clock that is changing the number every day. That is my task,” he concludes.

On this path, Lukas has unveiled a series of irregularities, negligences, and lies made by local, state, and federal prosecutors in charge of missing persons inquiries. Even after a year, they have not demonstrated any progress and have even blocked some avenues of the investigation. His persistence and his success, even where everything points toward failure, will undoubtedly help him find Bruno and stop that ticking clock. “This is the great performance I am undertaking, this search, and therefore I can not assume the conclusion of the disappearance of Bruno,” concludes Lukas. “I cannot, I should not, I do not believe, and I do not expect. I do not want to assume this work with sadness or resignation; instead, I have to assume it joyfully, faithfully, with hope and desire, with a lot of imagination, and with all of our collective humanity.” 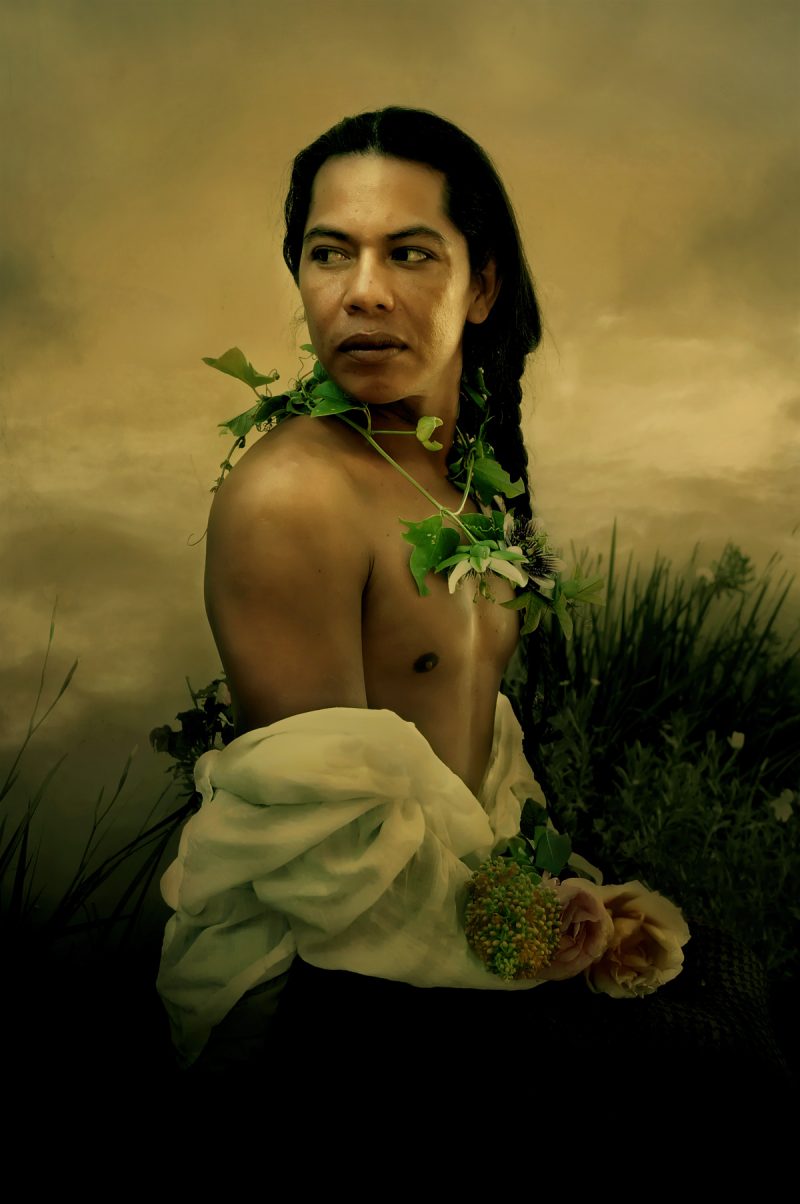 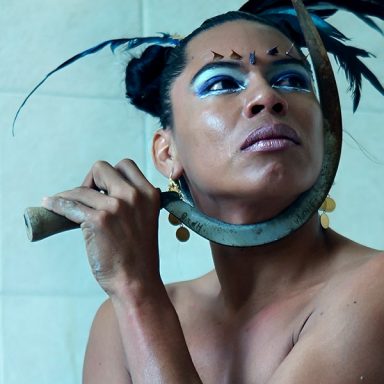 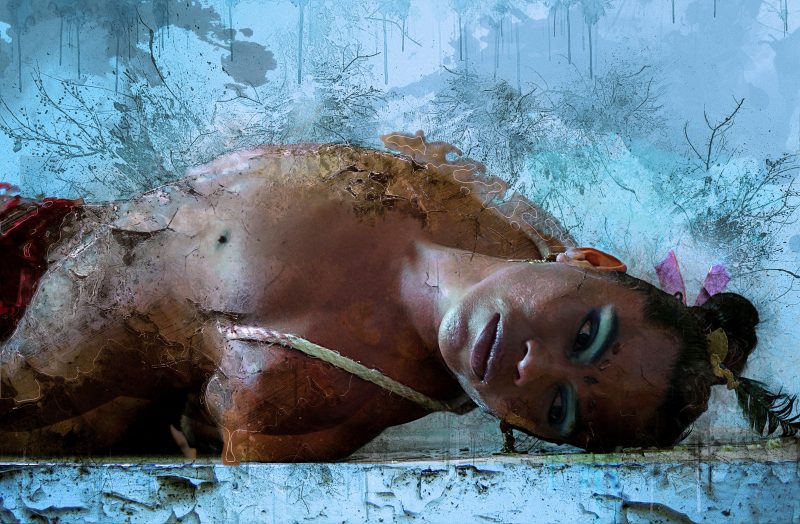