Arches, columns, marble halls, textures of adobe and quarry stone. Murals telling stories of gods, angels, and humans among flowers, vines, and bullets. One can easily get carried away by these and many more architectonic and graphic details of the buildings and walls in Oaxaca. Nevertheless, the original Oaxacan-Mesoamerican* architecture seems so indecipherable, so far removed from our daily experience, that visiting its most representative sites can merely become a stop on the selfie route.

In such sites, every angle, painting, and burial was determined by a deep understanding of the stars and its relation with the material and spiritual world. Without the technological tools we have today, Oaxacan cultures — the Zapotec, Mixtec and Mixe, to name a few — as well as other Mesoamerican civilisations, not only created precise mechanisms and systems for weather forecasting or agriculture calendars but also designed harmonious spaces aligned with the movements of the sun, the moon, and the planets.

This cosmic synchronisation can be seen, for example, in the “zenith tube” that appears in one of Monte Albán’s buildings every year between May 7th and 15th. This vertical beam of sunlight crossing down a dark chamber marks the sun’s zenith over Oaxaca’s Central Valleys. And although we might never understand the meaning of this special light effect from our modern point of view, it is needless yet astonishing to say that this could have only been achieved through an accurate execution of engineering, architectonic, and astronomical knowledge. 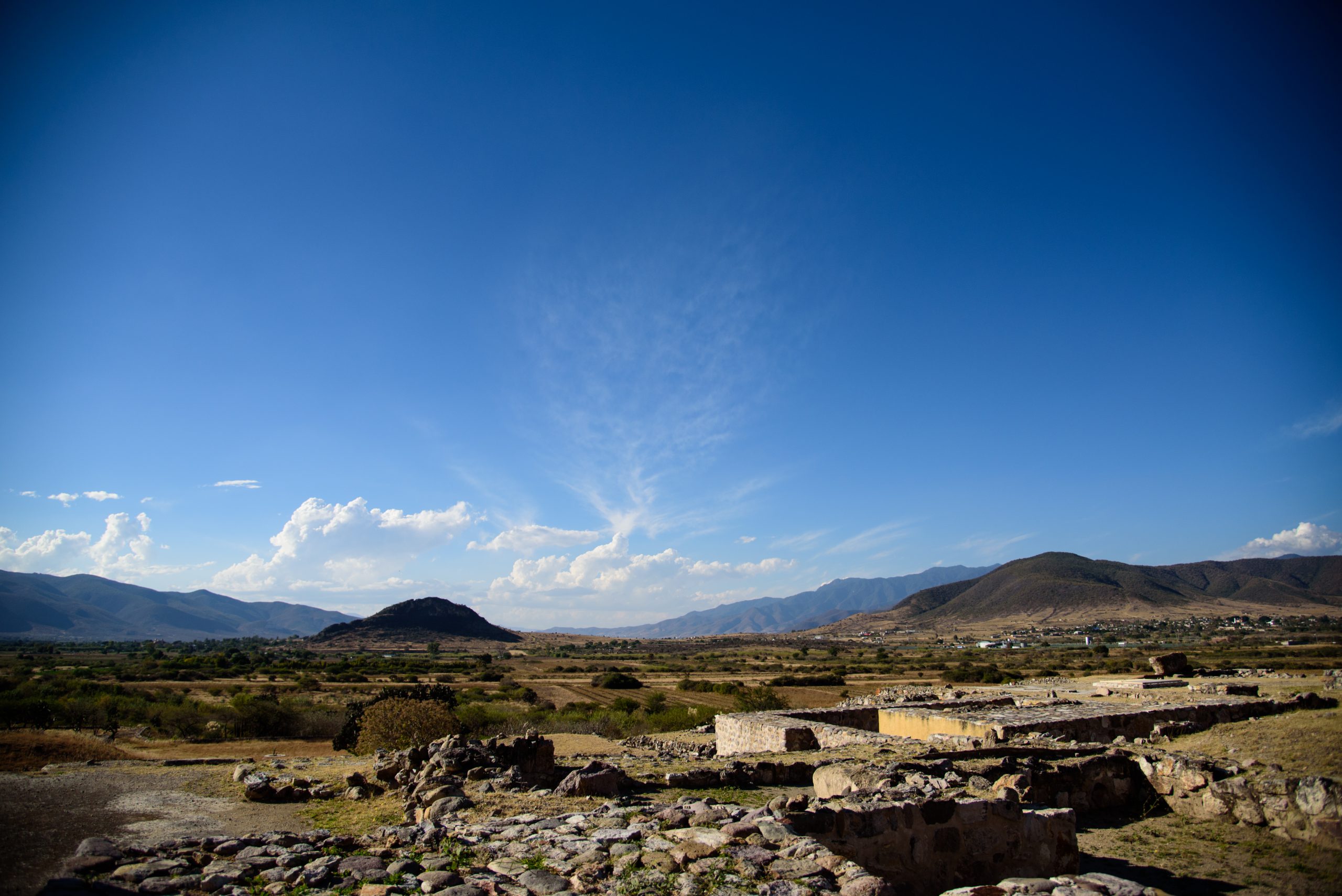 Oaxaca, also known as Lula’a in Zapotec and Ñundua in Mixtec, was quite a diverse city right from the beginning. We can see this in the different architectonic details of its original cities. Several buildings in the cities of Mitla, Monte Albán, and Atzompa echo the architecture of the mystical Teotihuacán, which suggest that the cosmic inspiration that distinguished the architecture of Central Mesoamerica expanded to this latitude.

The history of Oaxacan architecture and culture is the tale of many cities, especially as it is difficult to find absolute answers about which cultures built what and when. All of the ancient buildings are the result of multiple exoduses, ideologies, technological innovations, and intercultural exchanges — layers of history carved in stone well worth the exploration.

Mainstream and not so much…

While most of the tourist guides will feature Monte Albán and Mitla as THE top archaeological sites in Oaxaca, the truth is that there is much more to it. Yes, these two are the most studied, visited, and best-preserved ancient cities in the Central Valleys, but this does not mean they are the only ones nor the most beautiful.

If we really want to understand the sophistication of the Oaxacan and Mesoamerican cultures, we have to expand our horizons and our maps. Besides Mitla and Monte Albán, there are at least five more ancient cities that will take your breath away, not only because of their intricate shapes, decorative patterns, and facades but because of their geographical location, places full of cosmic energy where the sun shines bright, and the wind’s movement awakens your senses.

The following list includes the mainstream and less well-known ancient cities in Oaxaca in chronological order. Although this chronology is not 100% conclusive or agreed upon by historians, they provide a helpful perspective of the order in which they were built and active. 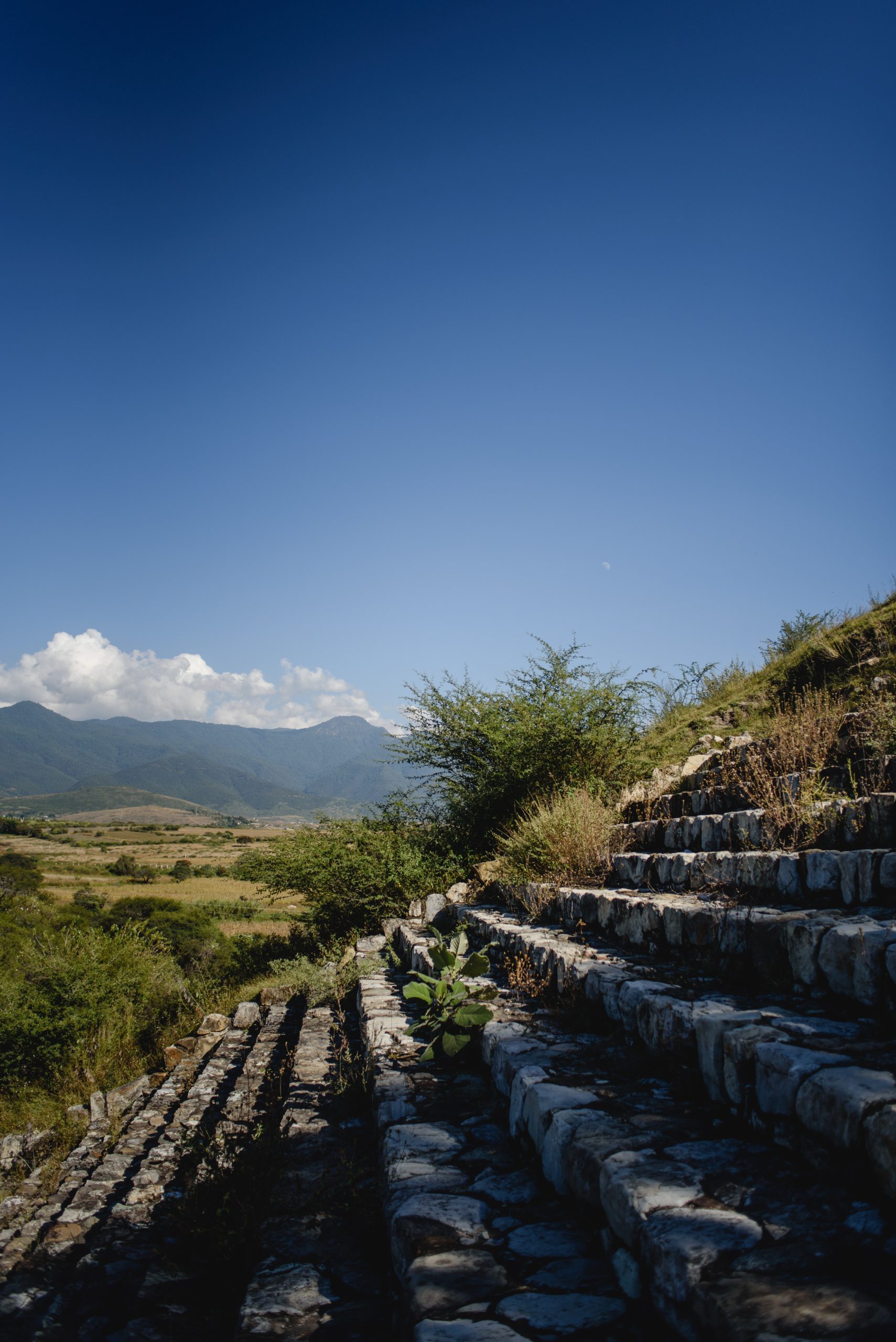 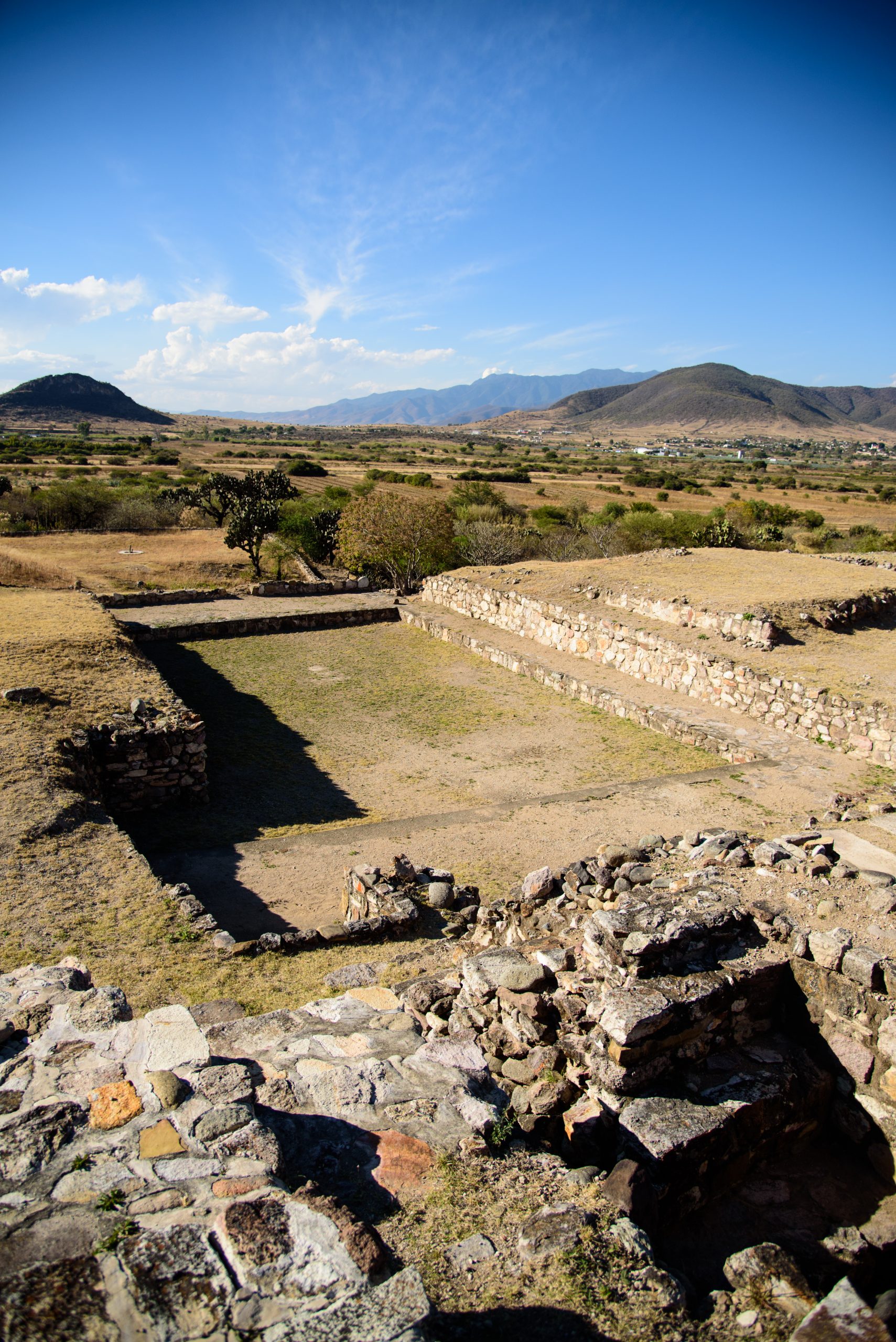 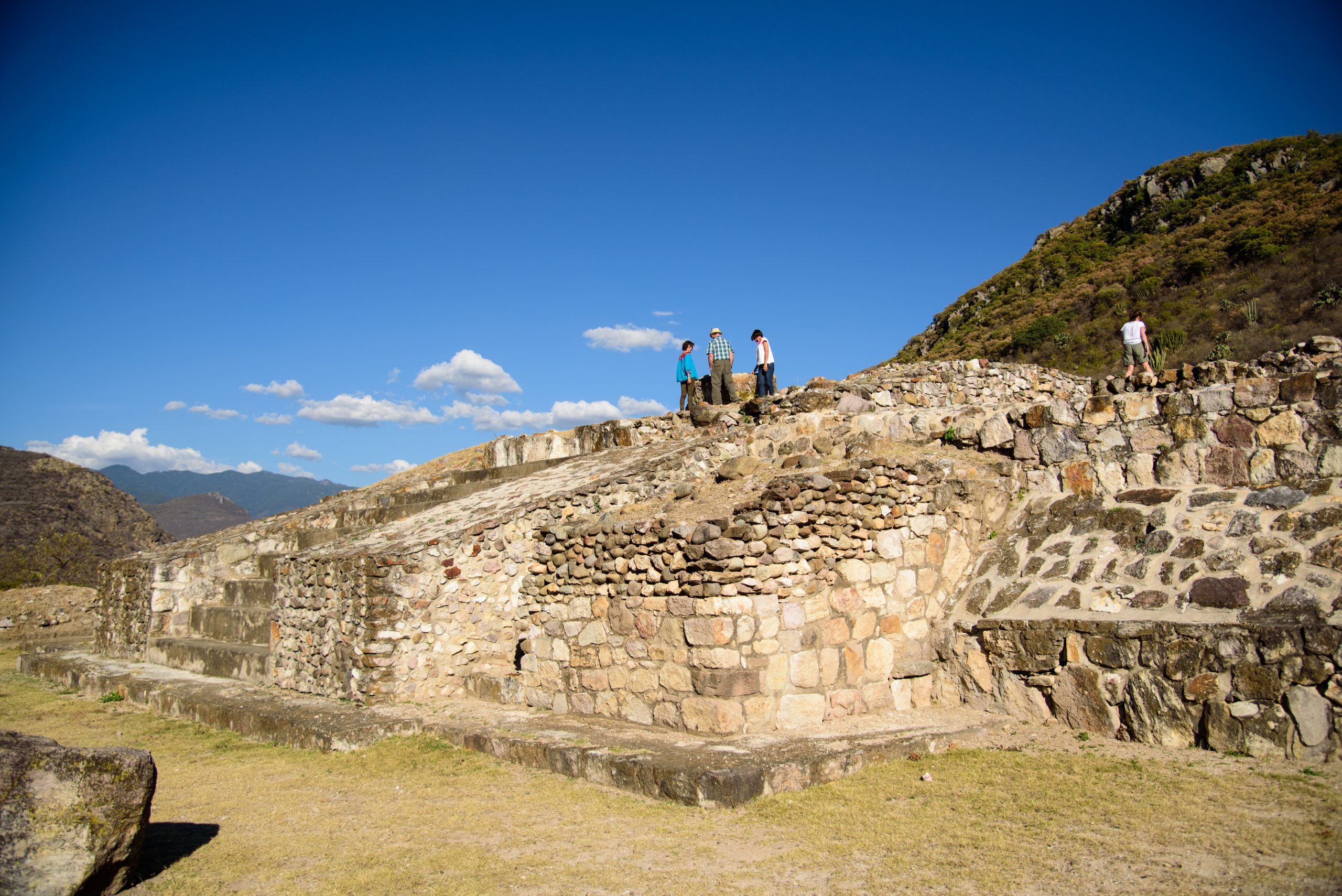 San José Mogote: Located in Etla Valley, this is one the oldest, if not the oldest, of all the ancient cities in Oaxaca. Studies indicate it was built by the Zapotecs who eventually built Monte Albán. This is where the seed was planted.

Dainzu: Located near Tlacolula Valley, it is also one of the oldest cities. Currently almost abandoned, this beautiful site is not far from the highway but, somehow, seems to have been built inside a bubble that modernity and noise can’t trespass.

Monte Albán: Open spaces, impressive buildings, the zenith’s vantage point: what else can we say about this city that has not yet been said? A metropolis among the polis. 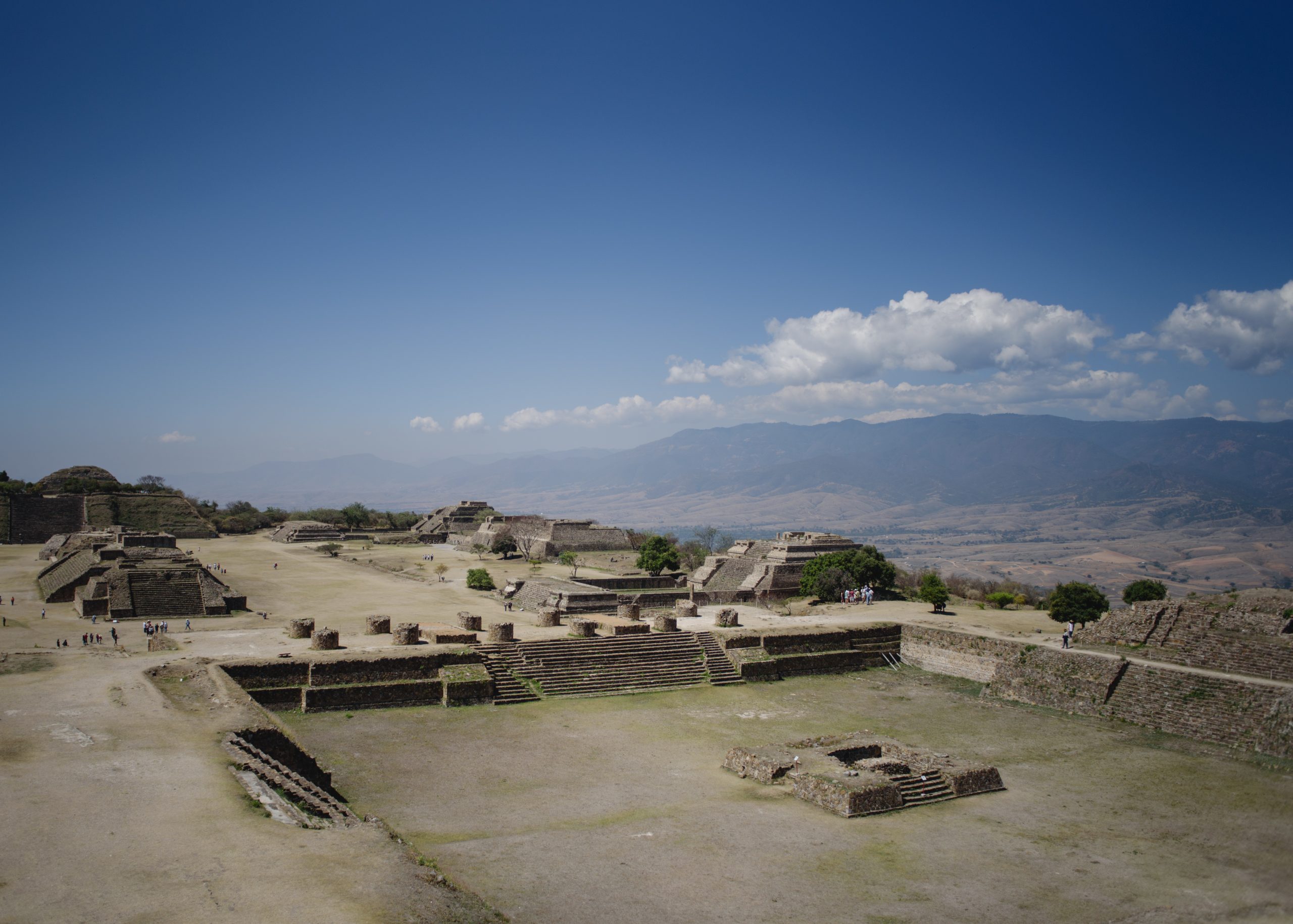 Atzompa: “Brand new” in the sense that it was recently discovered, the three different ball game courts suggest it was a ceremonial site. It’s undeniable that a festive vibe surrounds the space.

Lambityeco: A small, yet impressive site, its buildings have unique tombs and ceremonial masks. Some studies suggest that the first temazcal was built here and that salt was harvested and sold in the area. It’s no wonder that the Tlacolula market was founded nearby.

Yagul: Vertiginous heights and unforgettable vantage points provide a natural defensive position. It is surrounded by caves and petroglyphs, and it is one of the most impressive sites in the Central Valleys. Breathe the fresh air, close your eyes, and enjoy the silence. 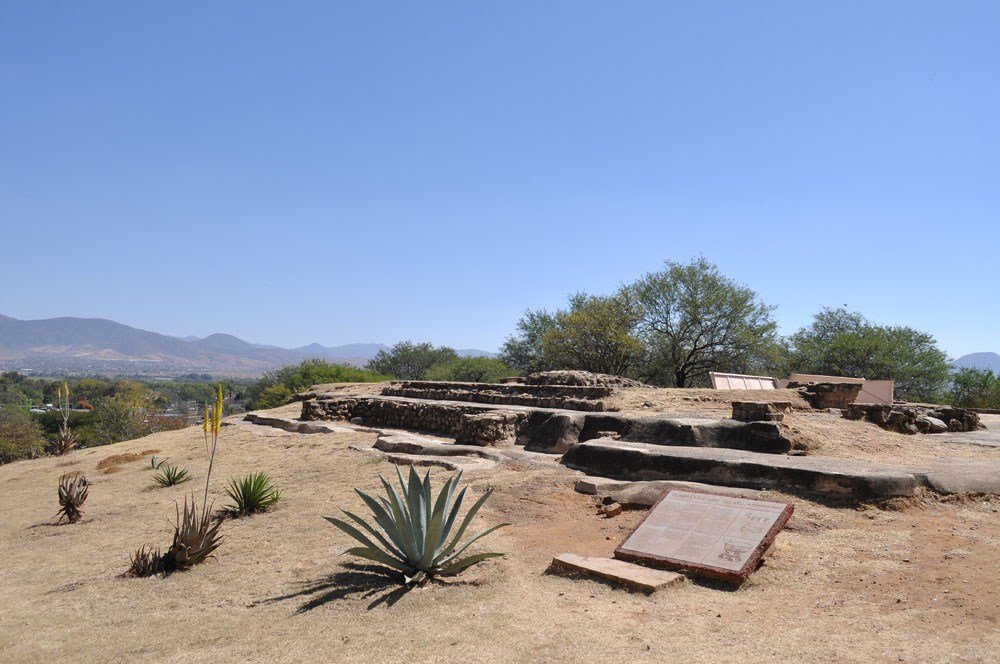 Zaachila: Located in Zaachila Valley, its cultural importance in the Central Valleys was even recorded by the first Spanish priests. As a residence of royalty, it is the symbol of the union of two cultures: Zapotec and Mixtec.

Mitla: The “Land where the Dead Dwell”, Mitla is filled with stories of death, life, battles lost and won, always sacred. Mystical geometrical patterns crown the buildings painted with fading cochineal. There are underground tombs with the shape of a decidedly uncatholic cross. Ironically, a baroque-style church was built over the ruins of one side of the city.

*AUTHOR’S NOTE: The word pre-hispanic has been deliberately omitted in this article. I believe this term unconsciously — or perhaps consciously — implies that the Spanish Invasion is the one and only starting point in the history of Oaxaca, Mexico, and Latin América in general. 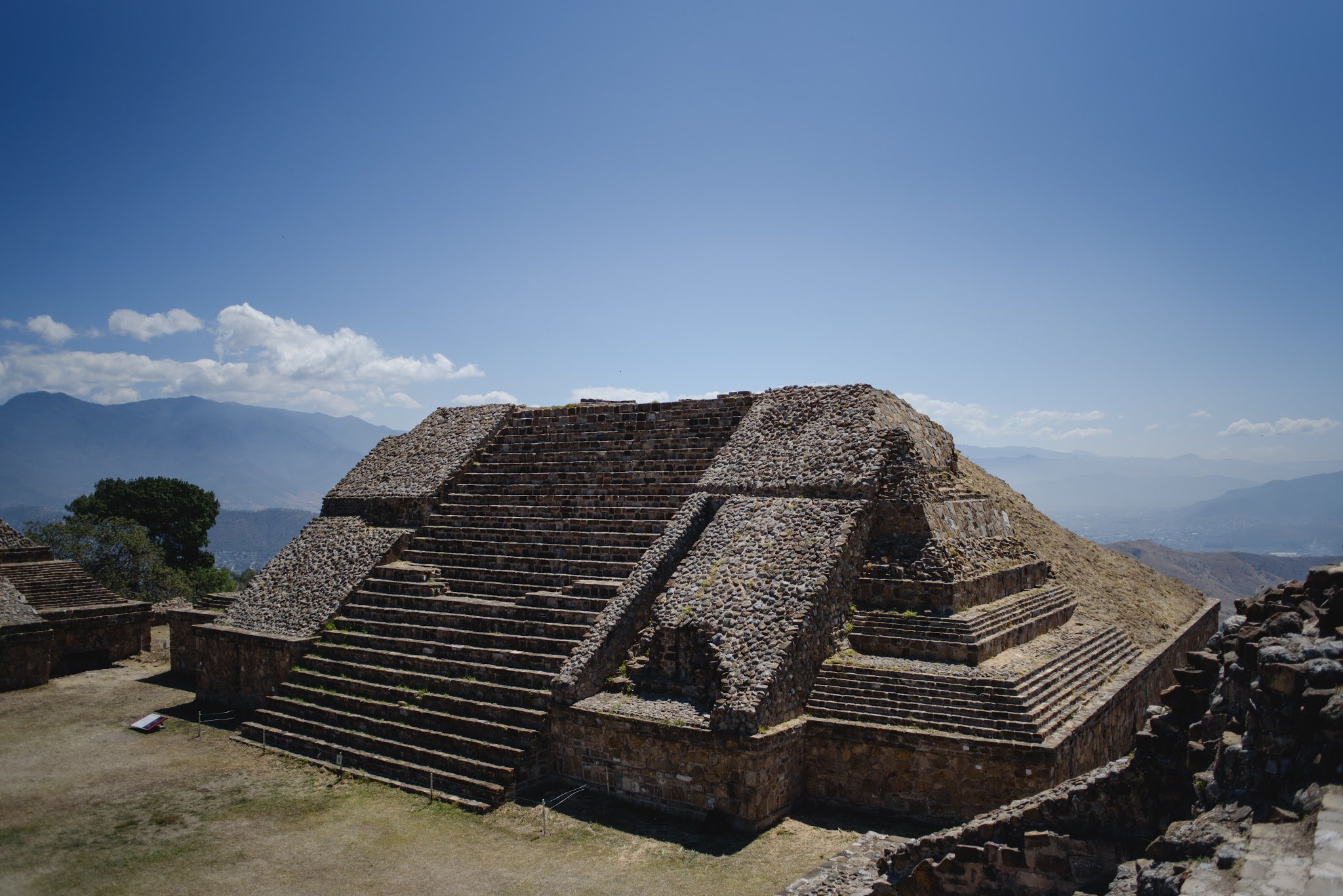 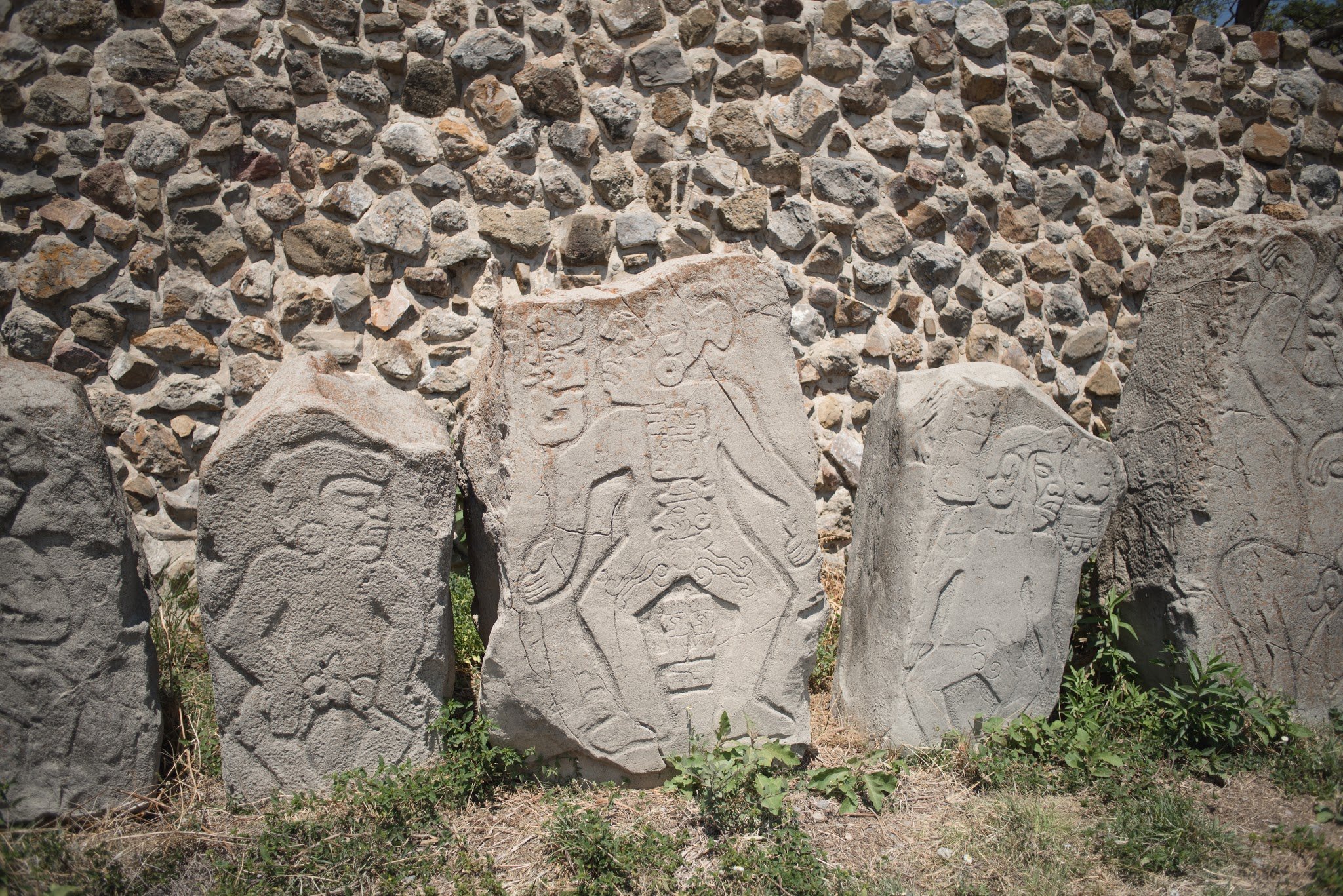 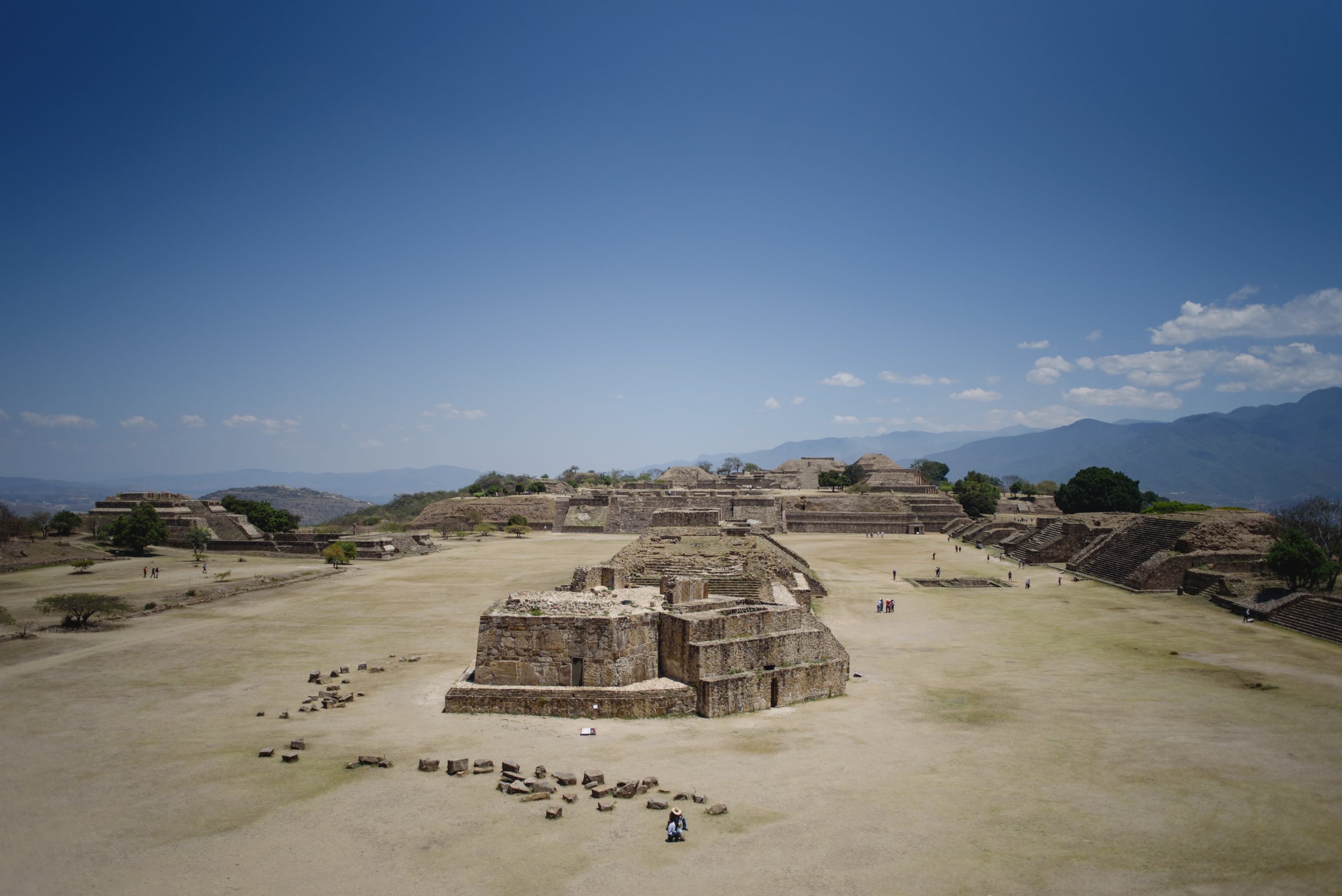 This article was originally published in issue 4 of our print magazine in January 2019.