Friday, June 25
You are at:Home»Music»Steven Brown, the musician who believed in Oaxaca

“Here lies One Whose Name was writ in Water.” This epitaph appears on the grave of romantic poet John Keats, buried in a Protestant cemetery in Rome, Italy. In the eighties, composer Steven Brown visited his grave. The musician turned on his recorder and started to read poems written by the British author; he wanted to capture the essence of the place. This moment resulted in a piece that the composer recently dusted off to interpret again during his first concert as soloist featuring his own repertoire.

Like a legend with histories behind him including the emblematic bands Tuxedomoon and Nine Rain, he shared this piece in a recital he entitled Steven Brown plays Steven Brown in the sui generis space, Jardín Cebú. During that presentation, the musician did not abandon the synchronicity in which he strongly believes.

When talking about this moment in his career as a creative, he evokes his life in Oaxaca, where he has lived for decades in the municipality of San Pedro Ixtlahuaca. He has seen how the city grows, the lack of control on issues such as transportation, roads, privatisation of public spaces, insecurity, and white elephants; in spite of everything, his love for ‘the green Antequera’ is so big that he doesn’t consider moving to another state. Still. throughout the year, he comes and goes to other countries to tour with his bands.

Steven Brown wears a white shirt with Oaxacan embroidery. Even though he has spoken Spanish for years, he retains his American accent. The conversation is held around a table in the artist, Guillermo Olguin’s kitchen, in Jardín Cebú, a place known for occasional musical concerts, where Lula Pena has also played. Steven Brown drinks tea while he is surrounded by trees: macuil, plumeris, bougainvilia, and plum.

Regarding his recital, although he has played a thousand times in Oaxaca, he has never played his own repertoire before. It was a minimalist moment; artists from different ages were remembered, from John Keats to the Italian songwriter and singer Luigi Tenco and many more. A lot of piano, a lot of singing, a lot of bass, and little guitar, clarinet, and sax.

The spaces for concerts in Oaxaca have been modified and the magic has changed. For Steven Brown, one of the points of reference in this area is the storeroom in the old railway station of the city. This station has been transformed into a thematic classroom at the Museo Infantil de Oaxaca, the children’s museum. He played in this space, along with musicians from different musical genres; this space was also where he rehearsed for a decade; he has a special affection for it and whenever he talks about it, he does not hide his nostalgia. 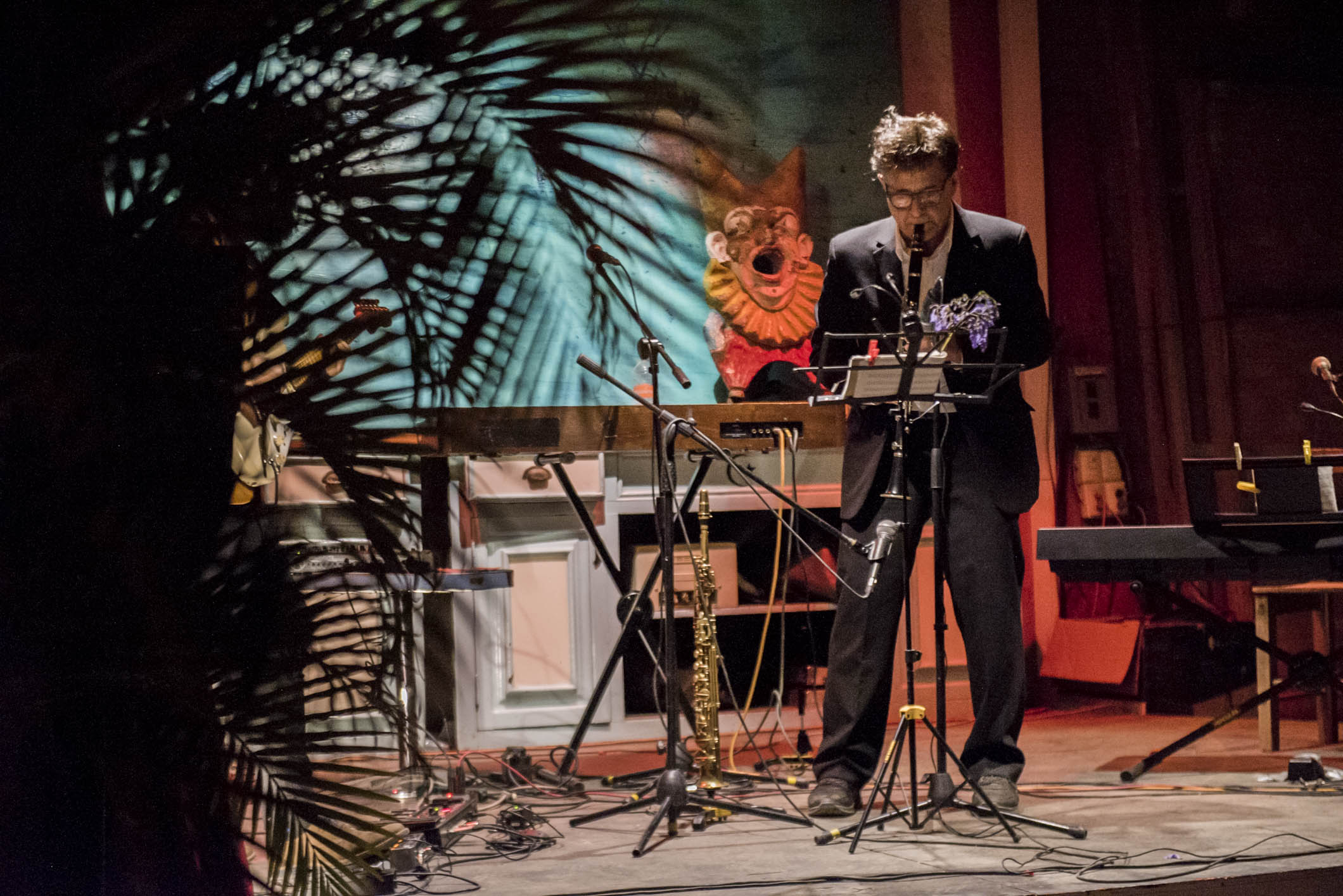 Steven Brown is proud of his versatility. He is a pioneer of groups born in Oaxaca, modern and necessary, such as Ensamble Kafka and Cinema Domingo Orchestra (CDO). The ears of the Oaxacan public are perfectly attuned to appreciate these groups. He plays music for silent films, he sets sounds and composes original music for films that are not very known or valued, such as Cameraman’s Revenge (Russia, 1912), Satan’s Rhapsody (Italy, 1915), The Cabinet of Doctor Caligari (Germany,1920), and The General (1926), starring, co-produced and co-directed by the comic genius, Buster Keaton. This film was recently screened in Esperanza Iris Theater in Mexico City with a live performance by Cinema Domingo Orchestra for their 15th-anniversary celebration.

Brown can swing from music composition for a Oaxacan band to the renovation of pieces that he composed decades ago. About his aforementioned trip to Keats’ cemetery: “I recorded his poetry in order to capture some of the energy and magic of the artist. Part of that can be found in the record that I made in the eighties called Steven Brown Reads John Keats. It was experimental, I took his lyrics and I created voice collages using his texts, out of order, I manipulated voices and words. I also included electronic music; it was a commission for a label based in Brussels.” 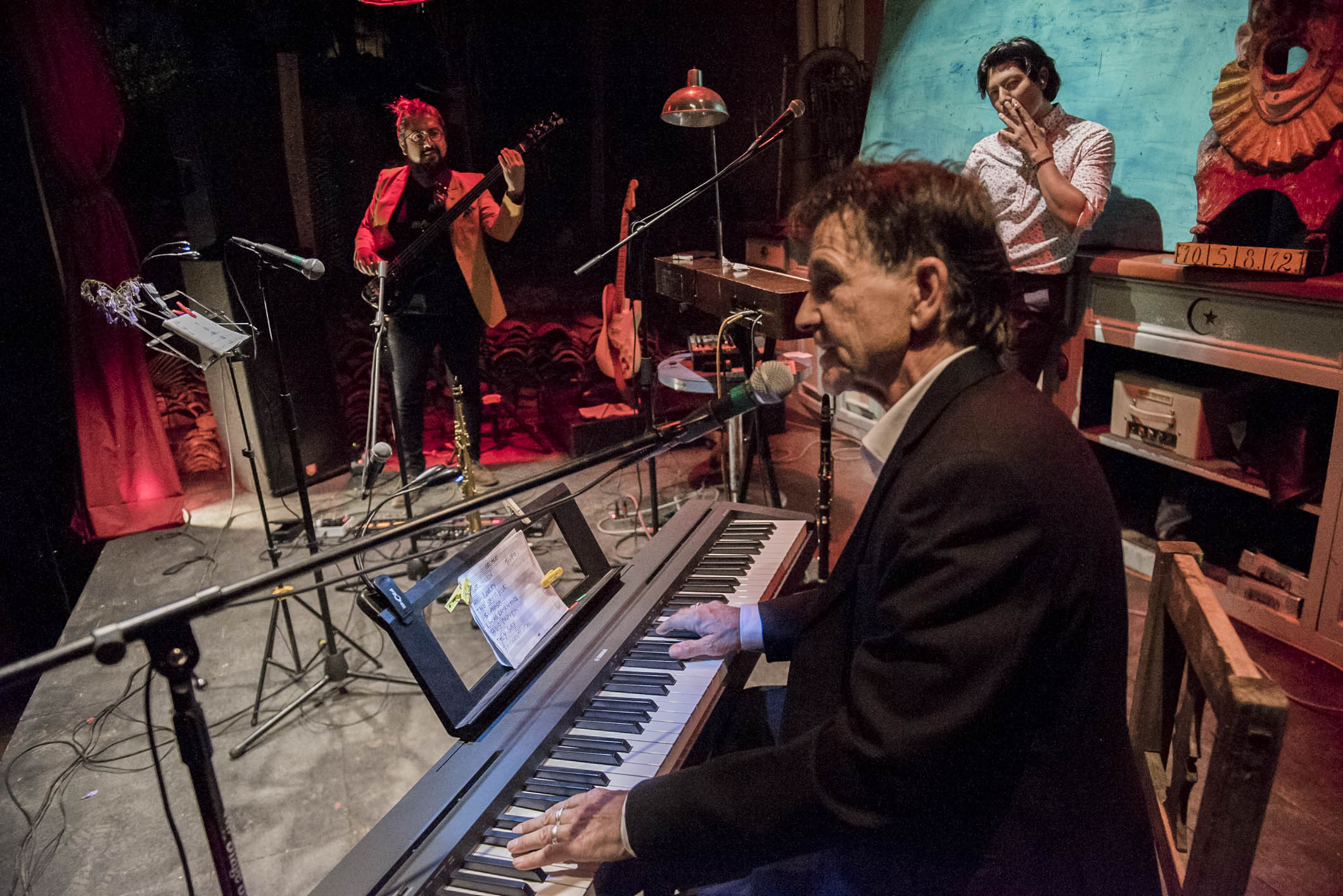 Spotify, a public enemy for musicians

When talking about current music platforms, the artist is adamant that Spotify is public enemy number one for musicians while YouTube is the second. “If you have a million listeners on Spotify, you get just $500, while the owner is a millionaire; it is a shame that musicians are not being paid. On YouTube everything is free. My question is: how are artists and creators going to live? Are we going to have a world full of ‘Ricky Martins’ and ‘Christina Aguileras’ because they are the only ones selling albums?” Brown is just as optimistic about the future as he is angered by the current state of things and he assures that a punk protest movement will emerge, like in the seventies. “Streaming happened so fast that I think everyone is still shocked. You’ll see, in the future, the books are going to say just that. How can artists be treated like that? Streaming is criminal, it pays nothing and everyone uses it; nobody buys CDs.”

It is true that we are living a historic and important moment because there are movements working to defend musicians rights; Steven Brown knows that these are giant battles. Artists are up against “monsters” of the streaming industry. He knows that there are counterweights everywhere that can provide balance through the intransmutable possibilities created when performing with heart and passion, just as he did at Jardín Cebú. He hopes the concert will take place again and that it can be recorded for production.

Steven Brown still has a lot to say. For now, he is closing a cycle of presentations that celebrated Cinema Domingo Orchestra’s anniversary. This celebration also recounts his first steps into soundtrack composition for silent movies, using 8mm cassettes to jam and compose with friends on weekends in the garden of the house he rented in Oaxaca.

“Basically, they were palomazos accompanied by movies, but little by little musicians were taking the matter more seriously, we started to rehearse and try new ideas.” This is how Cinema Domingo Orchestra began and now, he travels with his bandmates to festivals in Mexico and in other countries. His multiculturalism evident, Steven Brown’s music and words are made across borders from the United States, Europe, and Oaxaca. 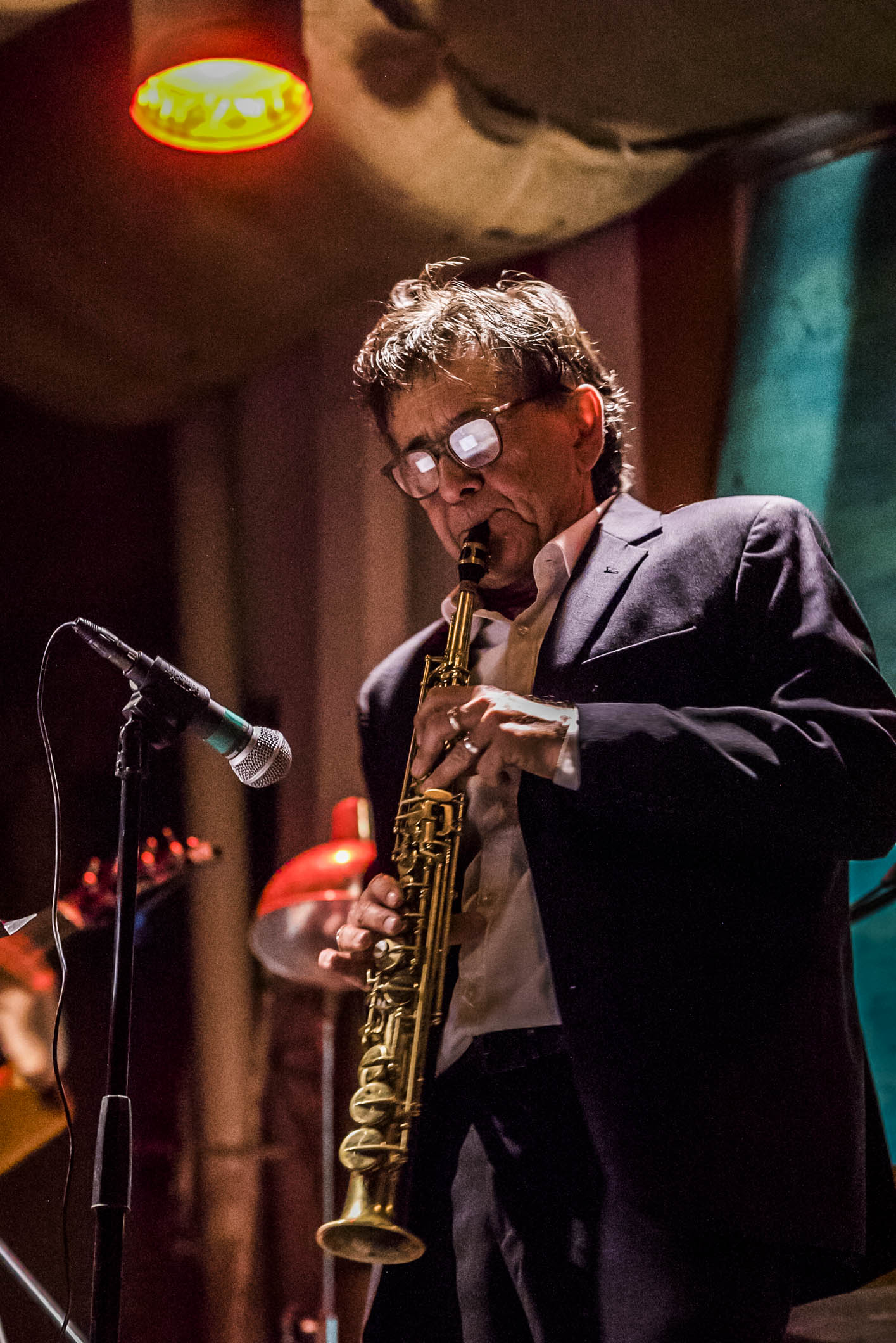