Saturday, September 18
You are at:Home»Music»Chogo Prudente and La Banda

Recently I had the honour of visiting musician Chogo Prudente at his home in the village of Santiago Llano Grande, nicknamed ‘La Banda’, in the Costa Chica region of Oaxaca. Music is at the root of this place, influenced by both Afro-Mexican and indigenous Amuzgo traditions. The name ‘La Banda’ proudly refers to a group of musicians, famous in the region during the 1950s and 60s. Chogo’s father played the trumpet in this group, alongside saxophonist Cliserio López, the last living member. While exploring the village Chogo introduced me to Cliserio. He welcomed us to his home where he played just for us.

The Costa Chica is home to one of the largest Afro-Mexican communities. After centuries of marginalisation, this community has finally been recognised as a minority group by the Senate Commission for Culture, with the support of Oaxacan singer and Senator Susana Harp. The Afro-Mexican community has traditionally raised cattle and Chogo also grew up as a cattle herder. He built his own herd, which he tends with the help of his son, Rai, who also performs with him playing the jawbone and arcusa. 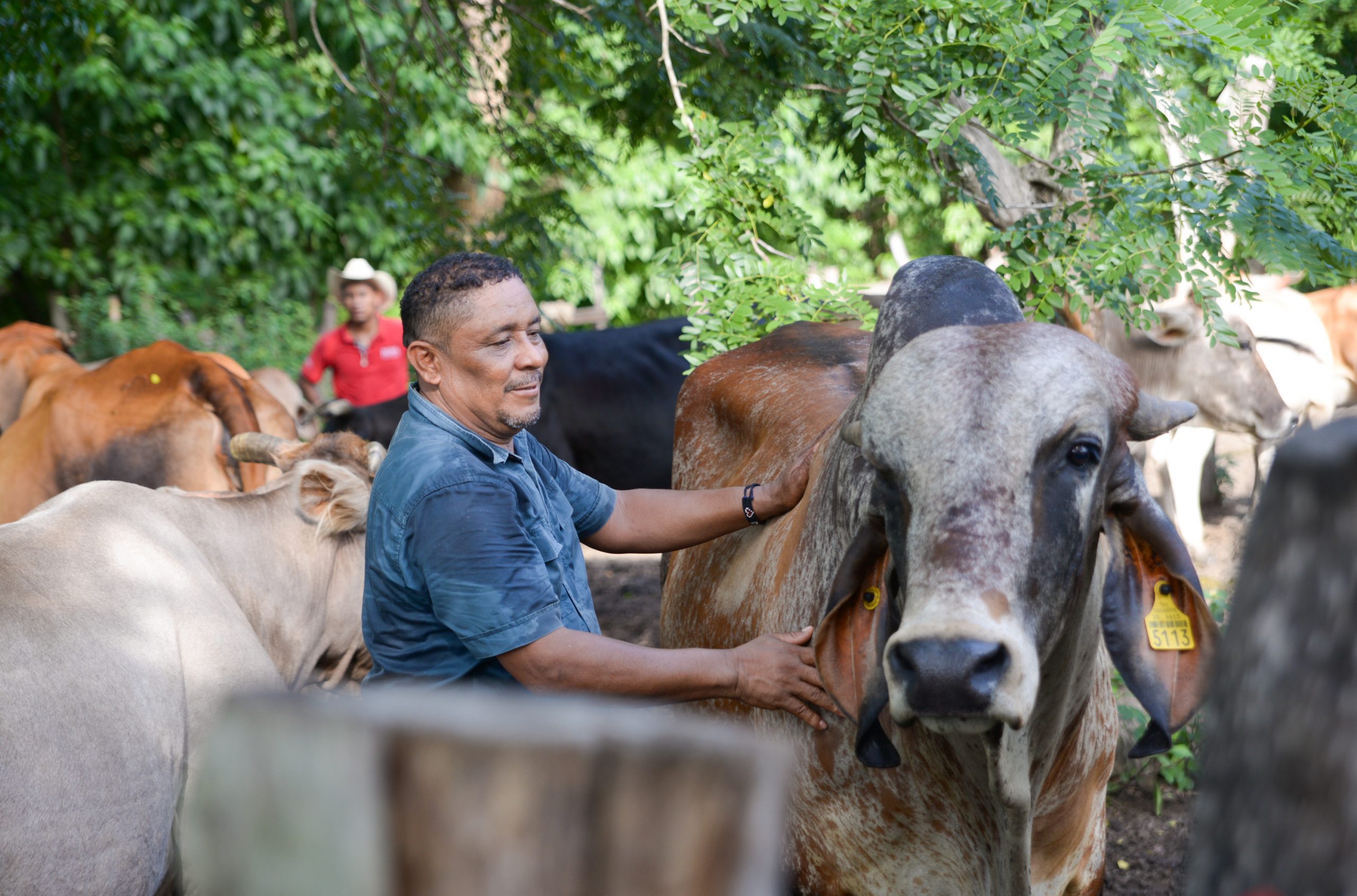 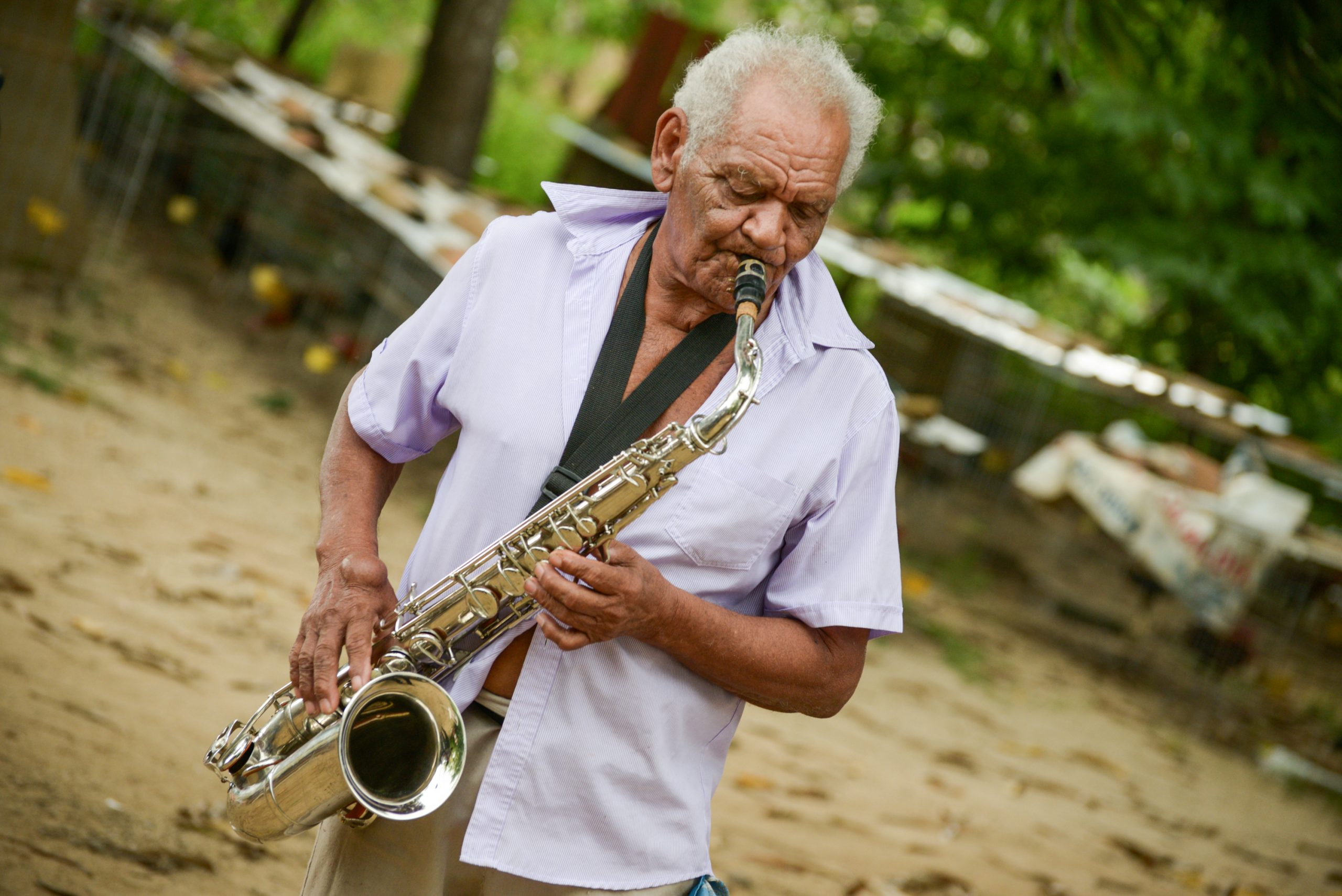 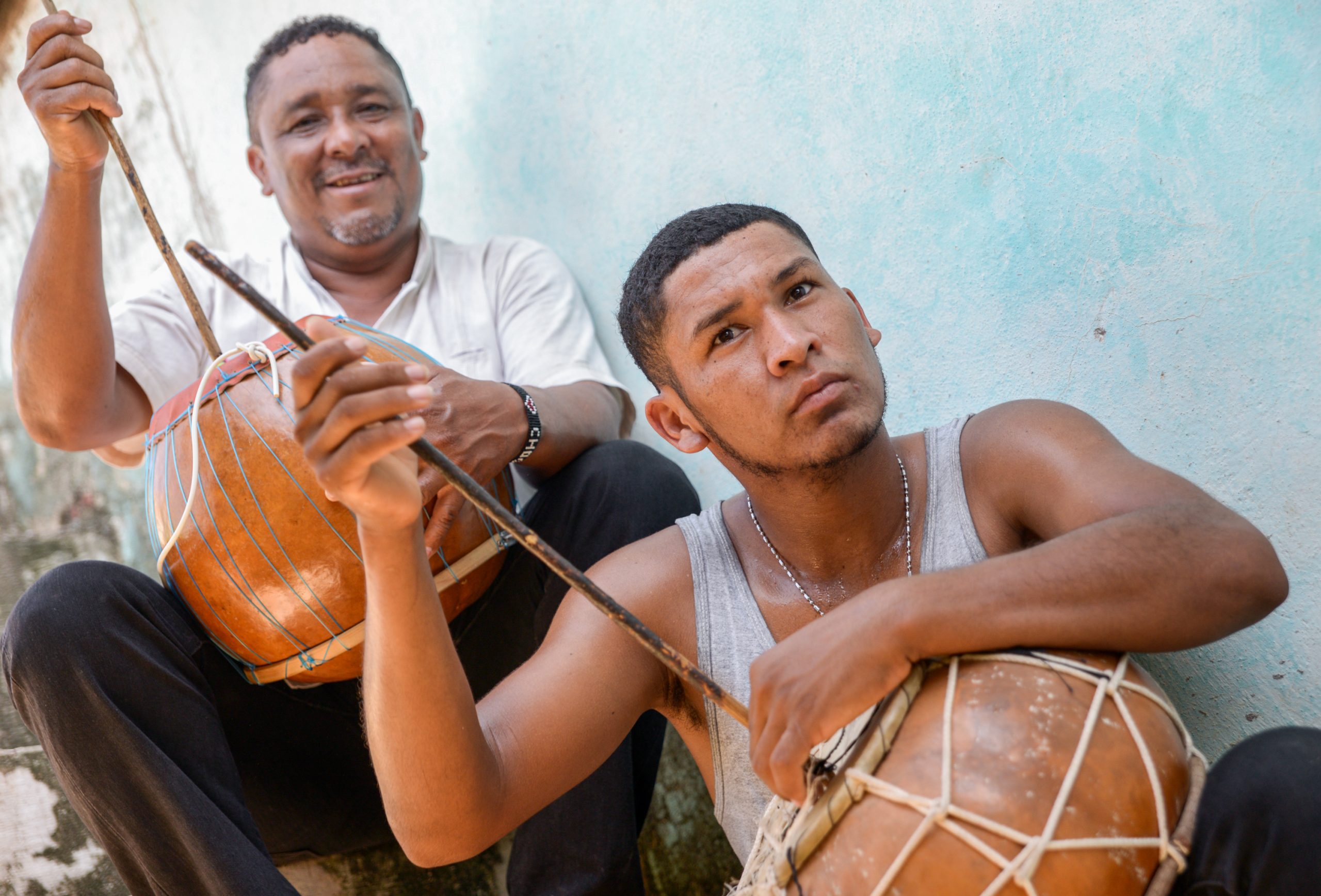 Chogo’s parents both died before he was three; he was then raised by relatives and the support of his godfather. Growing up without the stability of close family has affected him deeply. He describes how as a young child he would spend his free time walking the streets, singing out loud to forget that he was an orphan. It is still through music that Chogo shares his deepest emotions. On stage, his voice is extremely versatile; capturing sorrow, but also the great pleasure that comes from his life as a musician, farmer, and teacher. His music speaks of the beauty of his home: the land, his animals, and above all, the people.

In his youth, Chogo listened to local hits through loudspeakers in his village. At cantinas, he heard corrido ballads, while with his friends, he learned more sophisticated boleros. Many of these, such as the beautiful ‘Luz de Luna’, were composed by Afro-Mexican composer Álvaro Carrillo, whose songs were covered by internationally famous singers such as Frank Sinatra. Having absorbed this, Chogo created his own repertoire with the aim to truly describe his home and people. 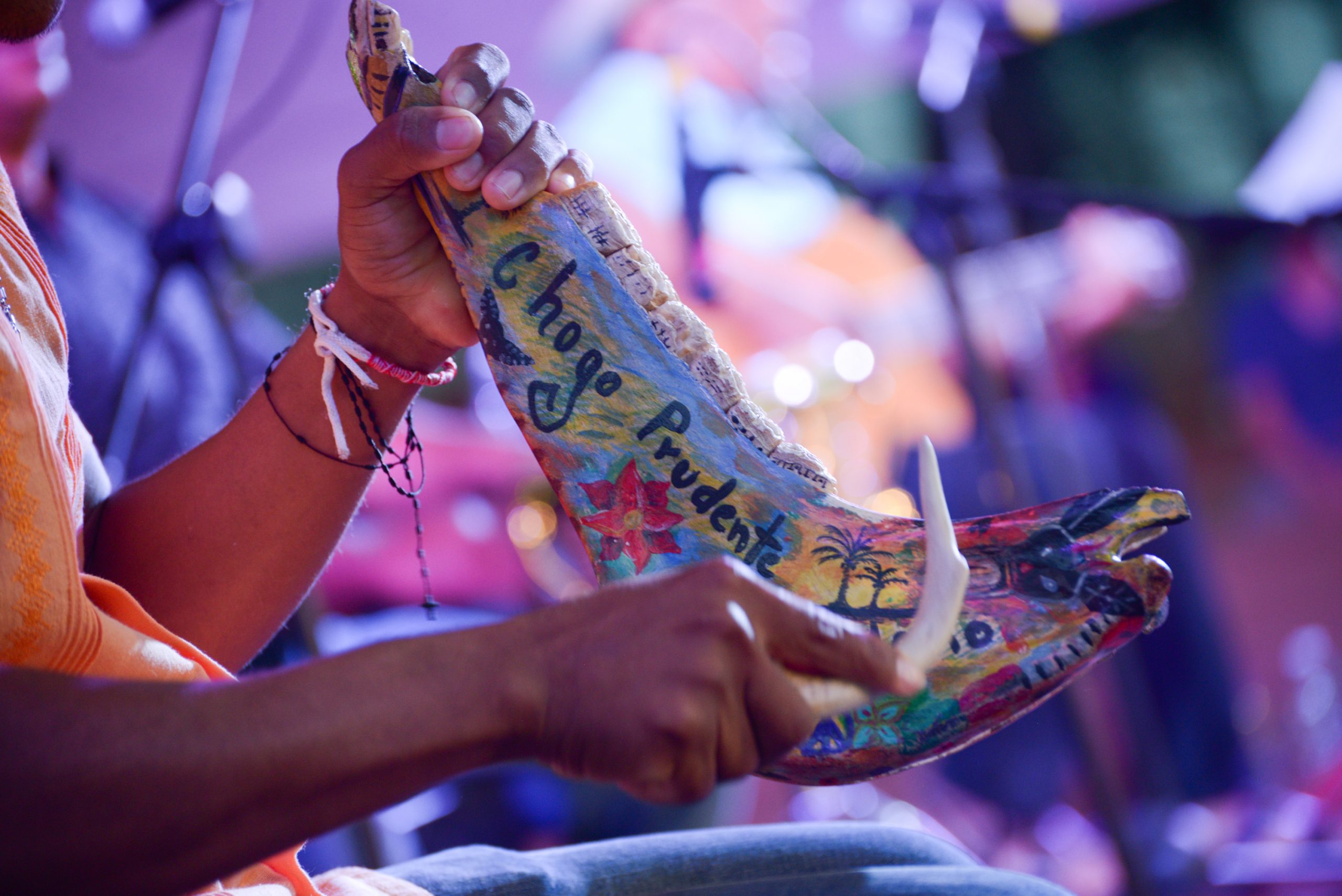 He is one of few musicians to perform twice at the prestigious International Cervantino Festival (2016 and 2018), as well as being the first Afro-Mexican musician to play for a full house at Teatro Macedonia Alcalá.

He headlined the International Festival Cervantino in 2018, produced by Discos Corason, performing his own songs and some composed by his godfather, Paco Melo. Melo was a singer, composer, teacher, and local politician, responsible for bringing schools to the village and for “fishing drunken students out of bars so they’d be fresh and ready for school the next day.” He was an inspiration to Chogo, “whenever I needed him, he was there… he was my guide, my driving force; he watched my back.”

There are many with the name “Prudente” in La Banda, but Chogo is the only one who makes music about the place and its traditions, presenting it to a national forum. Some people from the village initially felt uncomfortable about Chogo’s fame, but now, they are proud.

While staying with Chogo, I was honoured to experience a jam session with the producers from Discos Corason. It was a great insight into Chogo’s character and working practice. He was soft and humorous while maintaining focus and attention to detail, repeating and reworking each song. 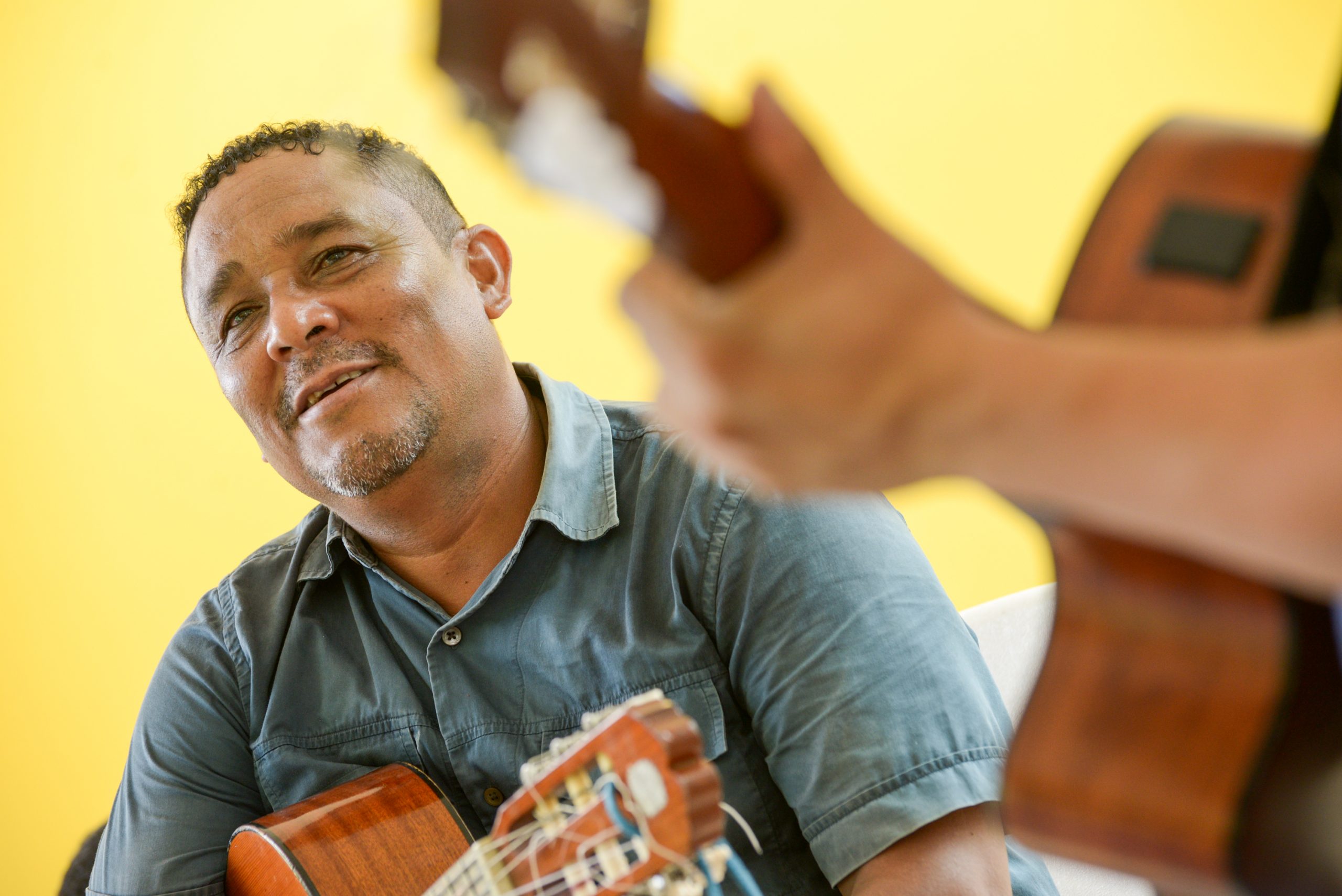 Later that day he hosted a dance class at his house with the local children. They were learning moves to ‘La Iguana’, which is wild and physically challenging. It requires the man to leap up horizontally and then land on his hands, pulling up to show the craziest face he can make. Chogo offers these workshops for free to give motivation to the youth from his village, many of whom have accompanied him onto major stages already such as Cervantino, Macedonio Alcala, and Gota de Plata in Pachuca.

On the last night of our stay, Chogo presented an amazing concert at the town basketball court. The whole village attended, filling the seats, available floor space, and covering the climbing frame. This was a beautiful showcase of Chogo’s compositions alongside traditional dances from the Costa Chica such as ‘La Iguana’ and the turtle dance.

Rai led a performance of the famous ‘Danza de los Diablos’. This dance was originally performed by African slaves wearing masks made from wood, deer antlers, a horsehair beard, and chaps. 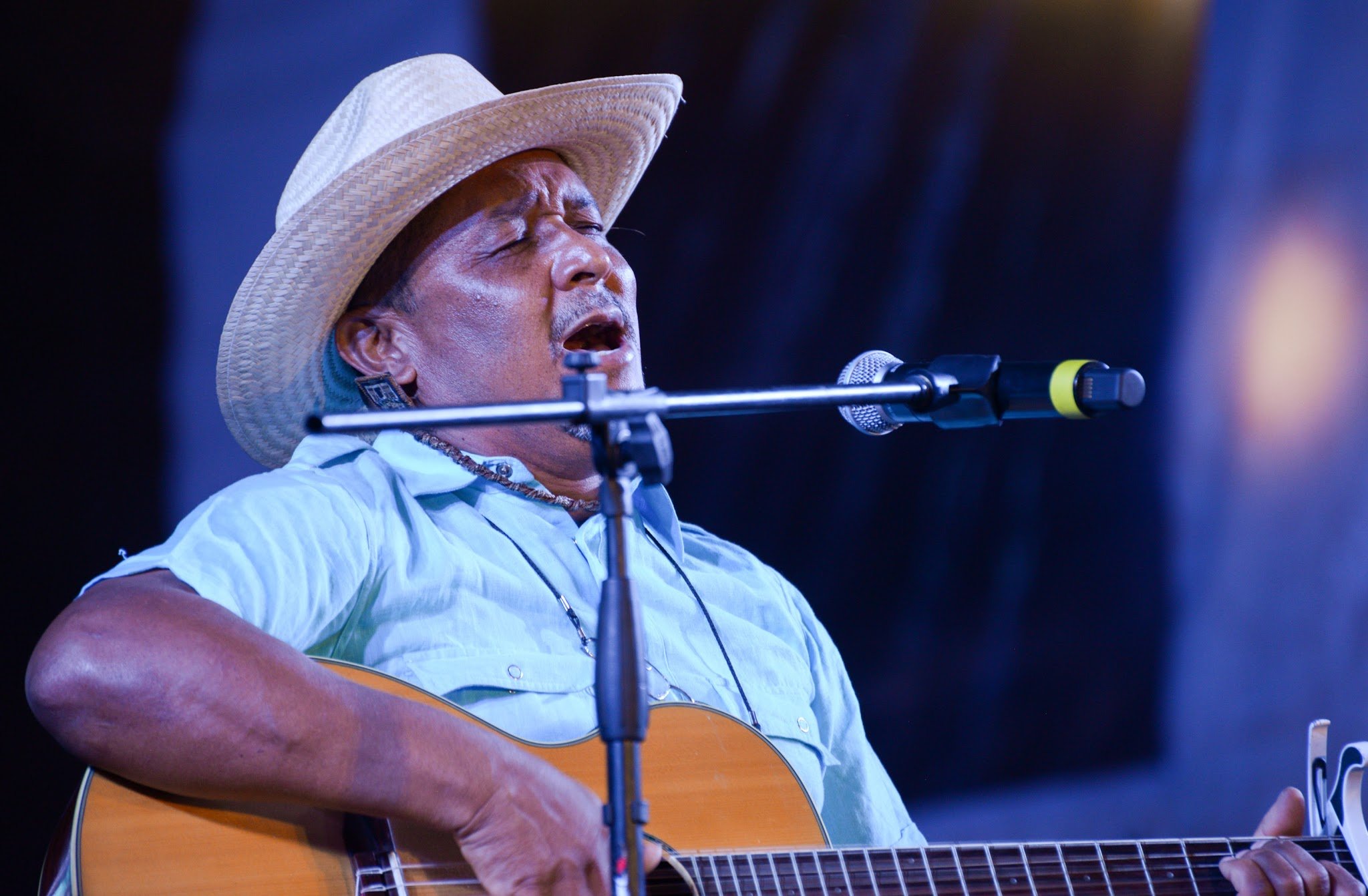 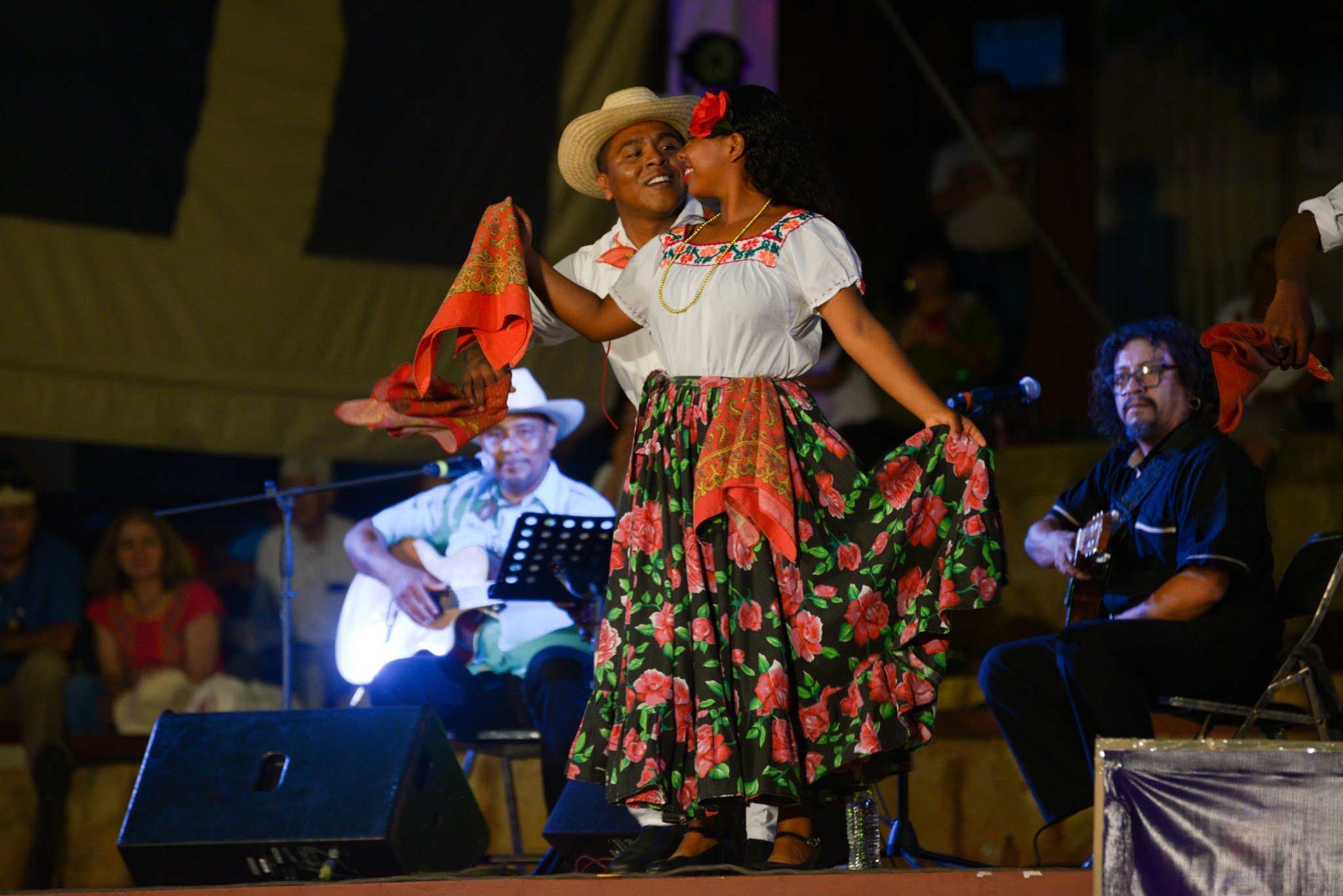 The show was suggestive, less than subtle, and had people captivated. Serious elements were interspersed with comedic and surreal performance; animals chasing mingas (clowns), men dressed as women with fluorescent wigs, masks, and very short, tight dresses. As the only güeros in the audience, we were singled out for teasing, tempted onto the dance floor, a little overwhelming for a Brit like me, but hilarious for everyone else.

It was the definition of an ‘epic event’. Even Mother Nature showed up with a display of rainbows and lightning!

Chogo visits Oaxaca city every year for the Guelaguetza celebrations. He will be back this year on July 25 with a show at Jardin Pañuelito.

This article was originally published in volume 6 of our magazine in July 2019. 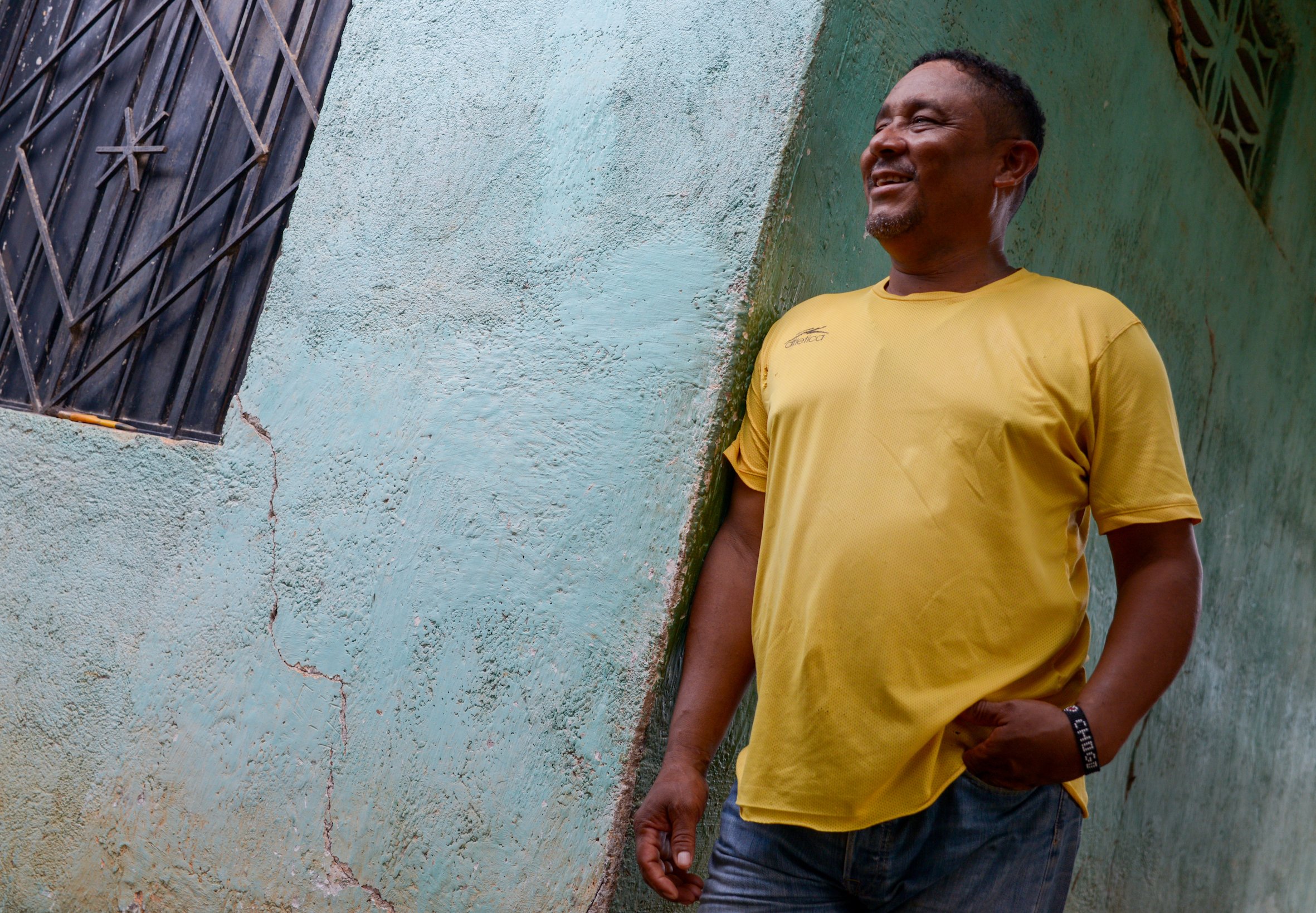