It is fascinating to reflect upon the intangible values that turn a society into a model, or a masterpiece, designated by UNESCO as an Intangible Cultural Heritage of Humanity. Such is the case of the celebration of Día de los Muertos, or Day of the Dead, in Mexico. If death is the inevitable abyss into which life’s stream flows, then joy for its presence and angst for its certainty should both be part of the same ceremony. The mere idea of a holiday brimming with anguish might be difficult to grasp, but if we are reminded of the ephemeral nature of the concept itself, then the anguish should not be so burdensome. Fleetingness is an essential part of this celebration and is best represented by the cempasúchil flower (marigold in English, cempoalxochitl in Náhuatl), whose flowering period is only between August and November. Just like the transient flower, Día de los Muertos is celebrated on November 1st and 2nd.

Among the vast indigenous Mexican cultures, pre-Hispanic practices celebrating death are also very diverse. They can be as joyful as festive dance performances or as intimate as solemn family gatherings. In the state of Oaxaca, we witness all sort of ceremonies some full of euphoria in which community members drink and dance for days to more quiet practices such as the setting up of altars in schools and households. Also, the feast is not complete without the mole, the chocolate, or the pan de muerto, baked specially for the occasion. However, the most crucial aspect that roots Día de los Muertos in the collective consciousness is perhaps the existence of Mitla, the temple where death is revered.  Mictlan, “Place of the Dead” in Nahuatl language, was founded north of the Tlacolula Valley and is surrounded by a very particular landscape. The wind erodes this region between the valley and the mountain. In other words, symbolically, this wasteland is the dwelling of the dead. 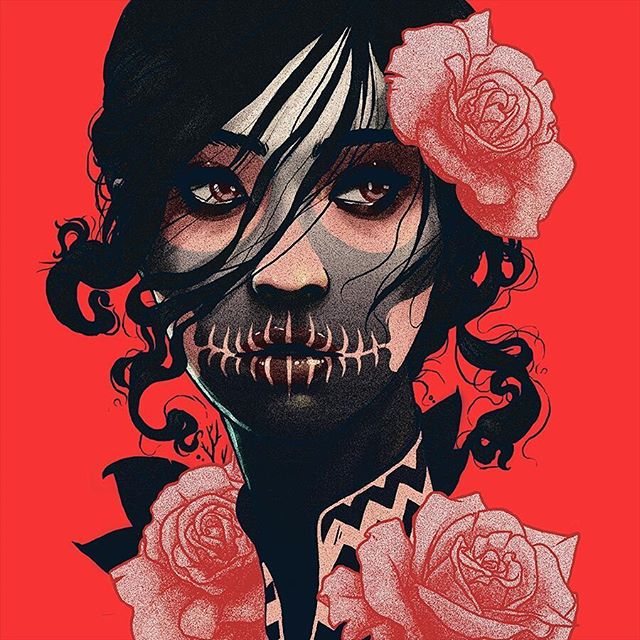 This holiday is as pagan as it is religious, its syncretism is rooted in both pre-Hispanic traditions and in the Catholic rituals of Todos Santos and Fieles Difuntos. For this very reason, death has a special place in Mexican art. At a national level, José Guadalupe Posadas coined the use of calaveritas with the idea to develop an iconography that could precisely illustrate the critical moments which eventually gave way to Mexican Revolution. Aside from portraying one of the most crucial times of the country, the calacas depicted human skeletons, conveying death as the universal theme and understanding, in everyday scenes and clothes from Mexico. As a result, Posada’s famous work “La Catrina”  became the most obvious reference both for the Mexican Revolution and the Mexican art identity.

Of the 32 states that form Mexico, 20 of them have an official Día de los Muertos celebration, but each one of them does so in its own way. The state of Oaxaca not only has exceptional rituals during the festivities — dance, food, vigils in cemeteries are just some of the practices — but there is also a strong connection to different artistic expressions, particularly, to the graphic arts. Therefore, it is not a surprise that one of the most transcendental celebrations in the country is fused here with its most important form of art to the extent that both are part of the same cultural phenomena, and nurture and expand each other. 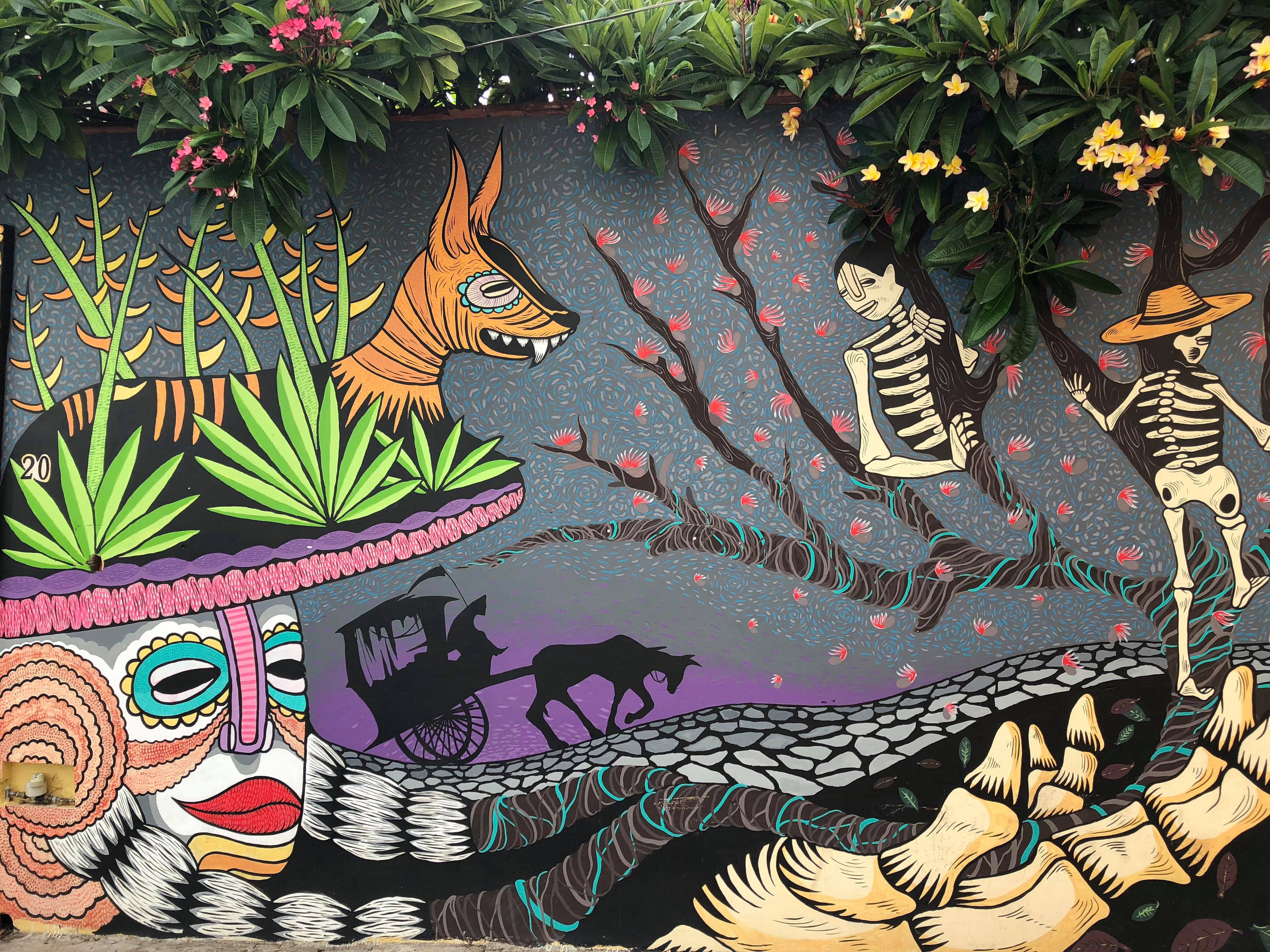 A mural that represents the Women’s Comparsa in the Jalatlaco neighbourhood. By Bouler Oaxaca. Photo: Street Art Oaxaca / Coyote Aventuras

Death is a constant motif throughout the Oaxacan graphic arts scene in general. Francisco Toledo’s universe is occupied by subtle winks and encounters between skeletons and other images. In urban art, we can detect the systematic reproductions of skulls and skeletons in stencils and compositions from various art collectives such as Lapiztola, Asaro and Espacio Zapata. Moreover, Dr. Lakra’s has carried out a provocative and alluring reimagination of “La Catrina”, as well as art interventions on vintage photographies by painting skulls in erotic sex positions. On the other hand, throughout the work of Rodolfo Morales, we can find several references to the famous Altar de Muertos. However, the depiction of the latter has transcended the canvas and reached other techniques and forms of expressions like montages and installations, such as the ones displayed in the work of Carlomagno Pedro Martínez, who incorporates the traditional black pottery methods from San Bartolo Coyotepec, or as shown by other emergent artists, including Sabino Guisu and Boris Spider. 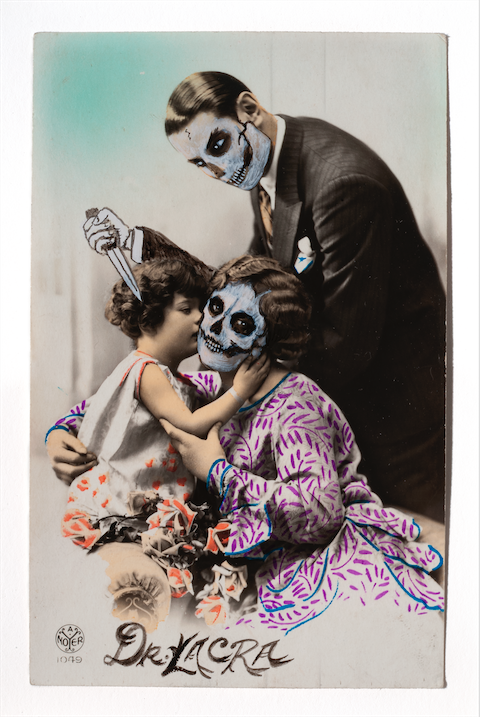