You don’t need a calendar to know when the dead are coming; it’s announced by the whole Earth. As the day approaches you’ll notice the fields filled with Cempasúchil (marigold) flowers.  The air loaded with their unforgettable perfume and the landscape shining with the intensity of their colours. And as the souls draw nearer you’ll notice ‘el frío de muertos‘, a sudden drop in temperature and a cool wind that starts to blow.  This is the wind that carries the souls home.

Based on the belief that the souls of the dead return to earth to visit their families each November, Día de Muertos is one of the most important festivals of the year.  The procession of souls begins on the 1st of November with ‘Día de los Angelitos‘.  On the second day, ‘Día de los Muertos‘, the souls of adults make their journey.  This year will hold an added poignancy as we mourn the loss, and celebrate the lives, of those who died during Oaxaca’s earthquakes. 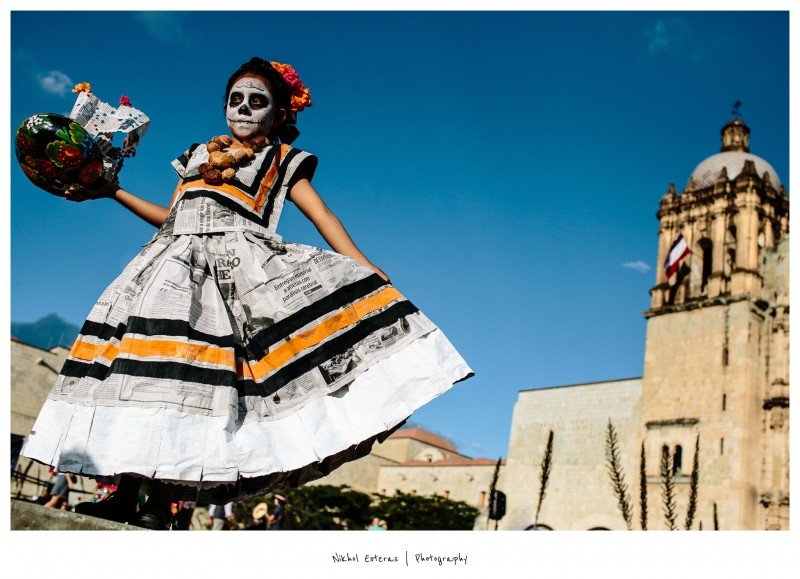 Families often start their preparations for Day of the Dead weeks in advance, preparing food and gathering ofrendas (offerings) for the traditional altars that are used to both guide and welcome the souls home.  Found in homes, business, schools and cemeteries the altars include photos and offerings such as food (pan de muertos, mole, fruit and chocolate), mezcal, skulls, candles and flowers – Marigolds (Cempasuchil) are most common, brilliant oranges, yellows and purples.  While all altars have a traditional base they also include favourite food, drinks and other items that were important to the deceased, making each one unique.

During this time it’s customary for families to visit the cemeteries to clean and decorate the graves and they will often spend the whole night there remembering the lives of those that have died.  While sometimes solemn, it is a celebration of life that will often include food, drinks and music.

“The Mexican … is familiar with death, jokes about it, caresses it, sleeps with it, celebrates it. True, there is as much fear in his attitude as in that of others, but at least death is not hidden away: he looks at it face to face, with impatience, disdain or irony.”
Octavio Paz, Labyrinth of Solitude

One of the best places to experience this is the town of Xoxocotlan, just outside of Oaxaca.  There are two cemeteries in Xoxo (pronounced Hoho) – a smaller, older one with a more solemn feel, and the large, main cemetery.  Both are worth a visit but you’ll find the biggest celebrations in the main cemetery.

Sadly, the city’s main cemetery, Panteón San Miguel (or Panteón General), suffered structural damage during the earthquake on September 7 and will not be open this year.  While the illumination of the niches will be missed, most of the events have been moved to the areas of Xochimilco and Jalatlaco. 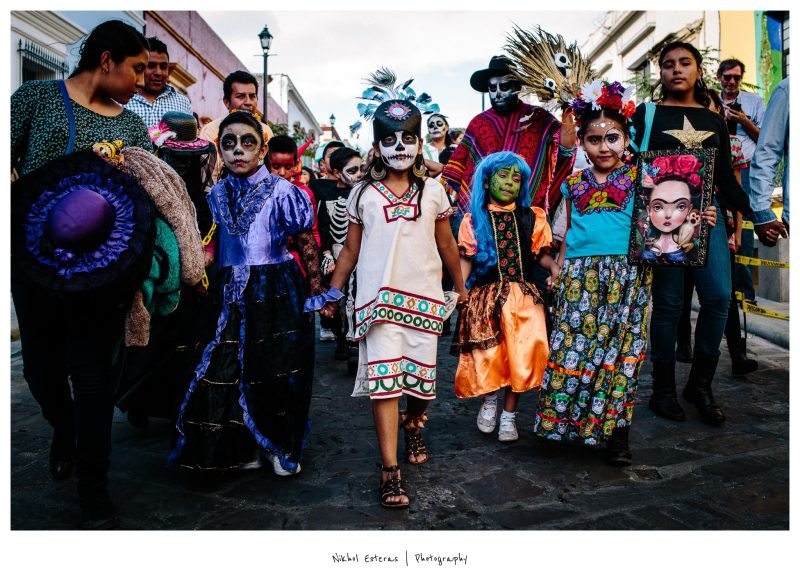 To find out what is happening each day check our events pages.  Here are some of the highlights:

The city centre is filled with altars and other decorations so make sure you spend some time just wandering around exploring.  There will also be video mapping at a number of historical buildings including in the Plaza de la Danza and the Jalatlaco church .  These are just some of the official events – there will be many other parades and activities too.  If you want to head outside of the city there are many great options and we’ve collected a lot of the regional information here.

We’ve posted the full calendar of official events below but don’t forget to check out events calendar for the complete guide to what’s happening in Oaxaca. 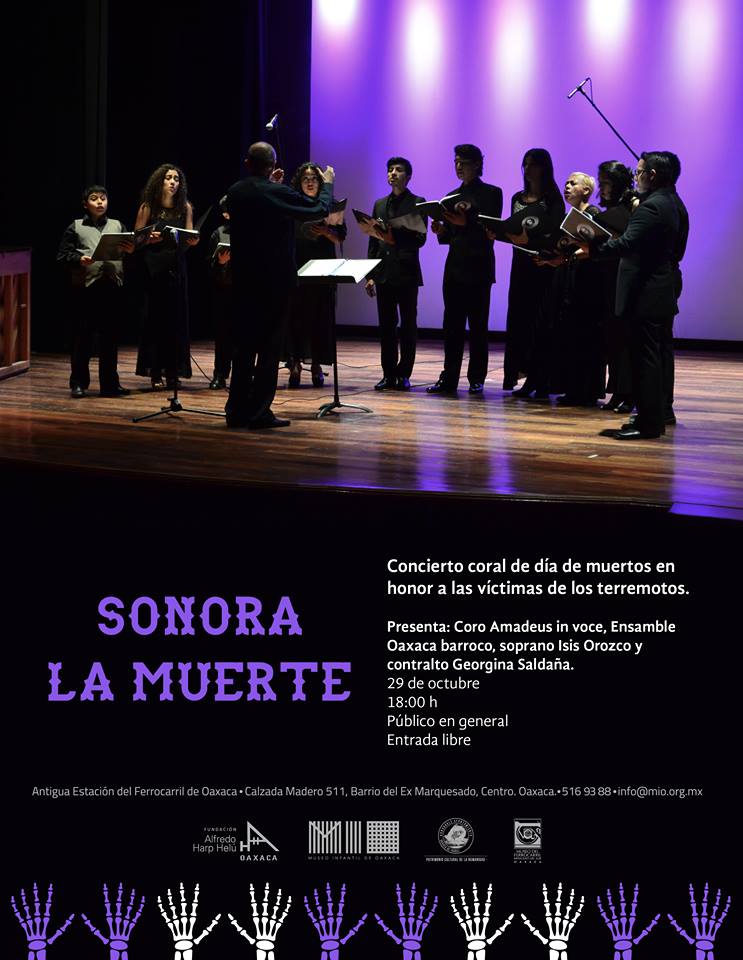 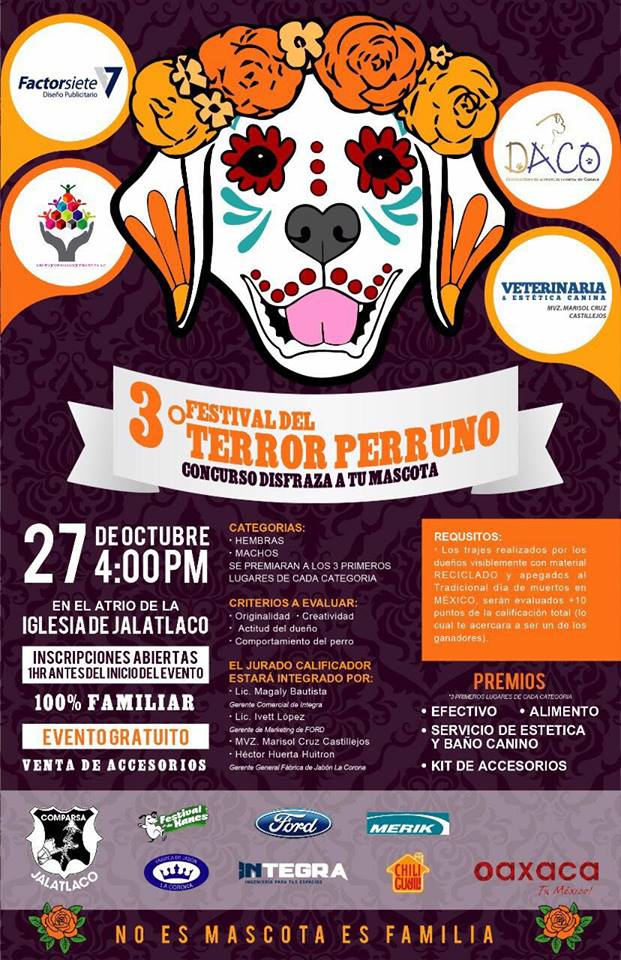 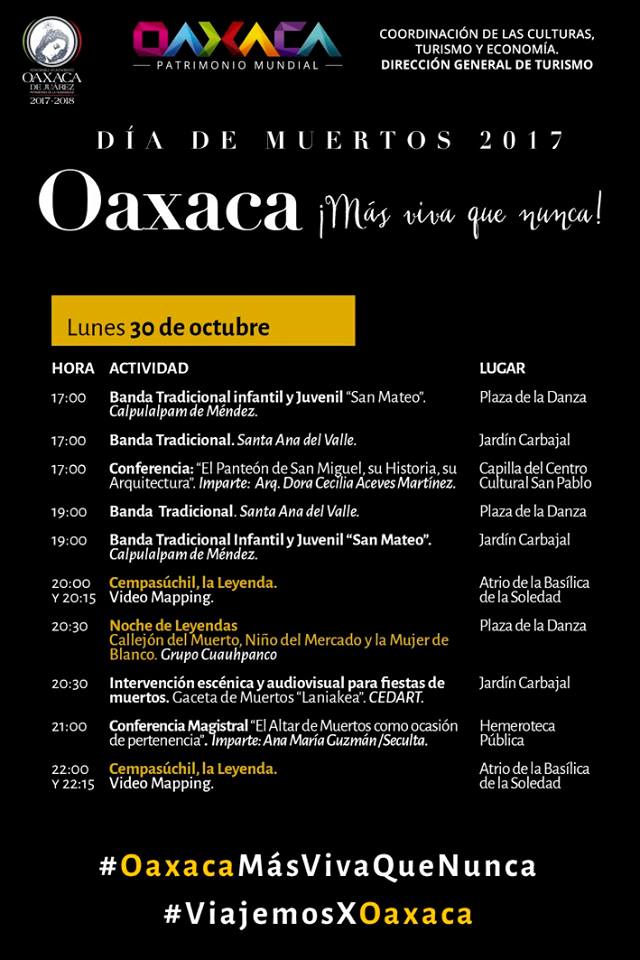 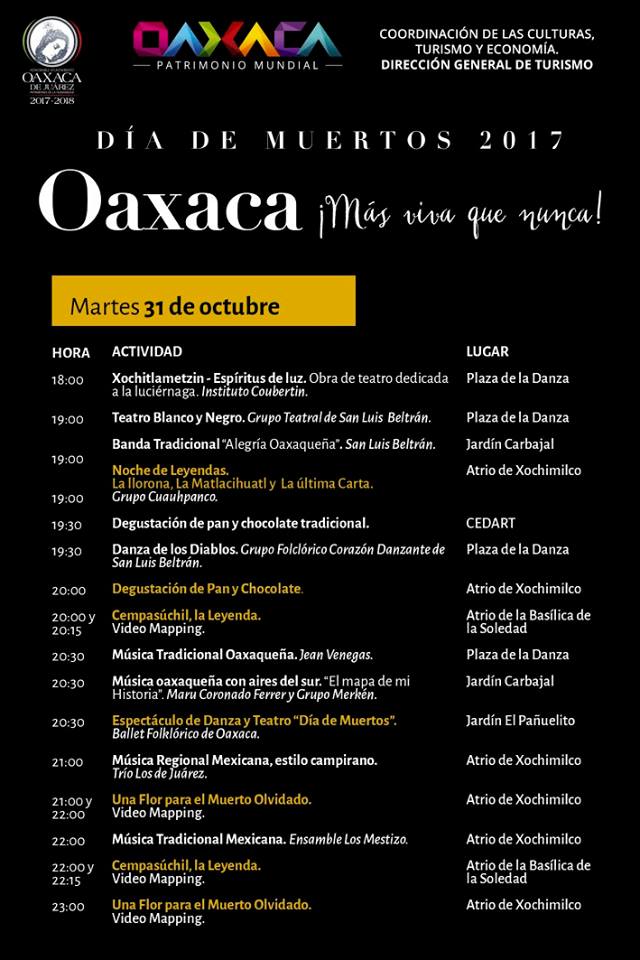 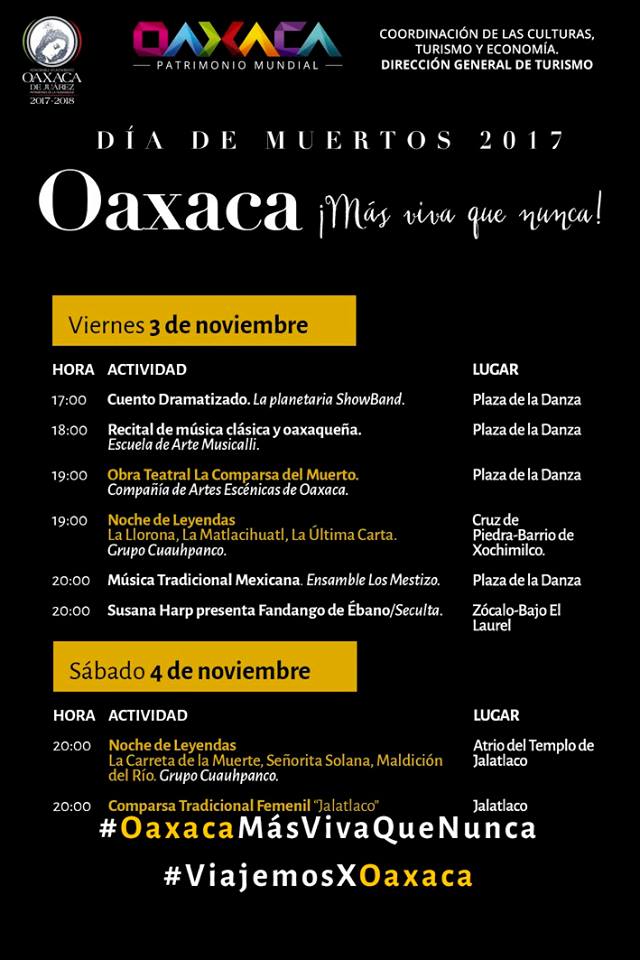 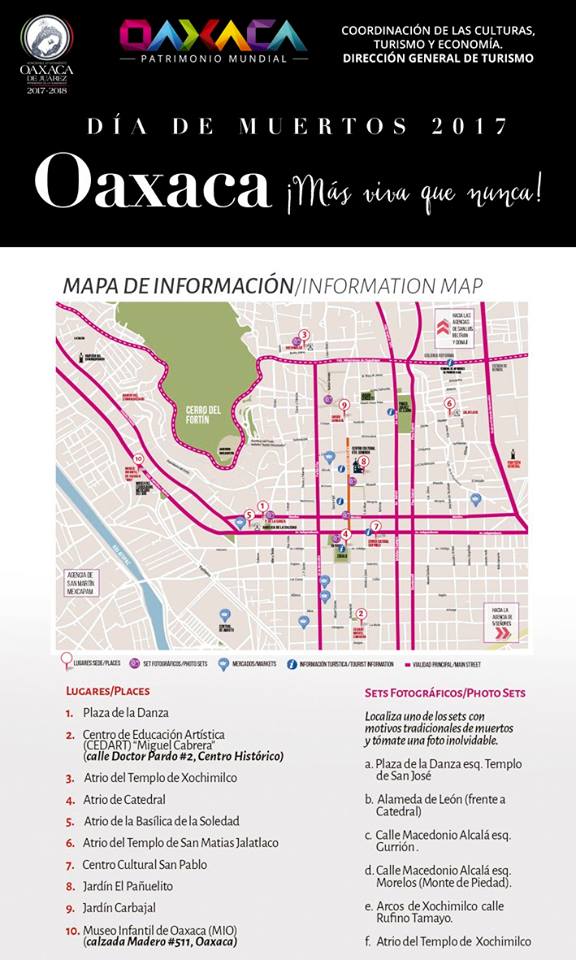