Sunday, April 11
You are at:Home»Art + Culture»Art»But First We Dance… A guide to ignoring the end of the world

But First We Dance… A guide to ignoring the end of the world is a powerful new series of hand-cut collages by Australian artist Stephen Tierney. The exhibition includes 12 mixed media works on paper, as well as one large-scale installation piece.

As with his previous exhibitions, a satirical sense of humour and critique of social behaviour underline the work, which sets out to reveal the dark side of ignorance and our innate ability to carry on with daily life, even when it seems to be crumbling around us. Images of beautiful women, couples dancing and people celebrating life are assembled beside children carrying guns and soldiers marching into war.

Created in Oaxaca, Mexico where Tierney is currently based, ¡PERO PRIMERO BAILAMOS! will be the artist’s first opportunity to exhibit in the Convivio space, where he has a permanent studio. Tierney first arrived in Oaxaca in 2013 and has spent the last four years collaborating on various creative projects in Mexico and internationally. He has exhibited solo and group exhibitions in the U.S.A, Mexico, Cambodia, the Netherlands, Japan and Australia since 2003.

The exhibition opens on Friday, September 1st at 6pm at Convivio and continues until September.

But First We Dance… A guide to ignoring the end of the world
September 1st, 6-9pm
@ Convivio
Avenida Juarez #805, Centro 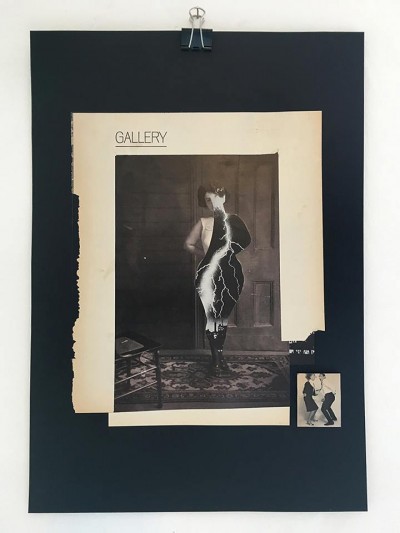