Sunday, April 11
You are at:Home»Art + Culture»Art»Art in Oaxaca: six exhibitions to see in August

Going to this month’s exhibitions made me reflect upon one general idea: the tense but creative production that can exist when artistic tradition is met with innovation, whether it is in the social realm or in the technical one. From the material or digital intervention of photographs to the implementation of new designs when embroidering traditional textiles, every exhibition I’ve listed below invites us to observe the results provoked by these tensions. They are also an invitation to imagine the creative processes every artist had to navigate in order to achieve the embodiment of their desired expression. 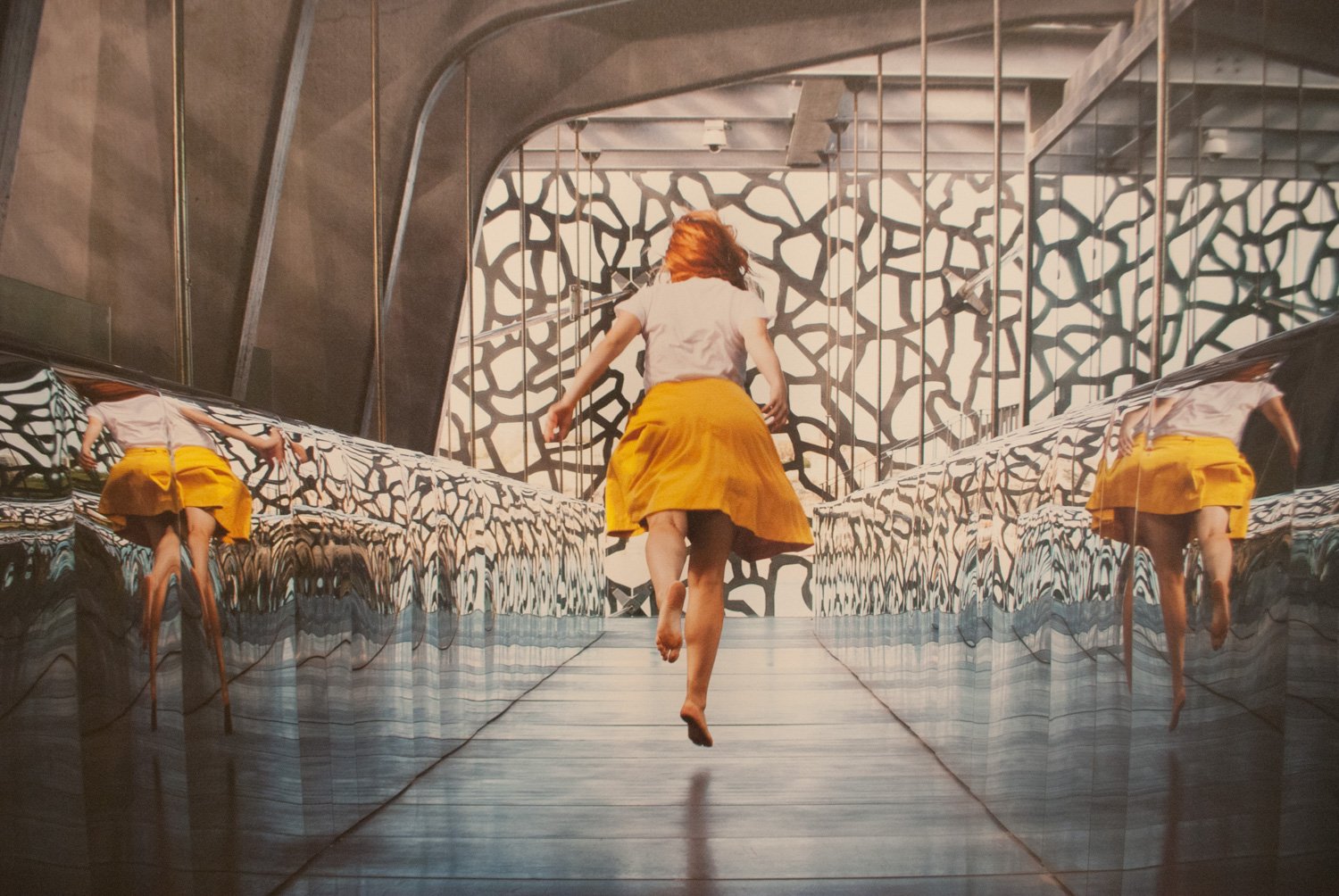 When entering the exposition “Imagine France” by Maia Flore, one can evoke a dream, perhaps Maia’s own dream. The photographer leads us on a journey to the heritage of her concrete and, at the same time, imaginary France. On this trip, which borders on the surreal, she takes us to 25 of her country’s natural treasures, from “a fallen queen’s dreamt evasion” at La Conciergerie, Paris, to the last residence of Leonardo da Vinci in the Château du Clos-Lucé.

Hosted in the Henestrosa Library in collaboration with the Alliance Française, this exhibition shows Maia’s skills in the production and post-production of her images. And even though we can only have a glimpse of her fantastic and imaginary repertoire, it invites us to fully enter Le Fantastique Voyage de Maia Flore. 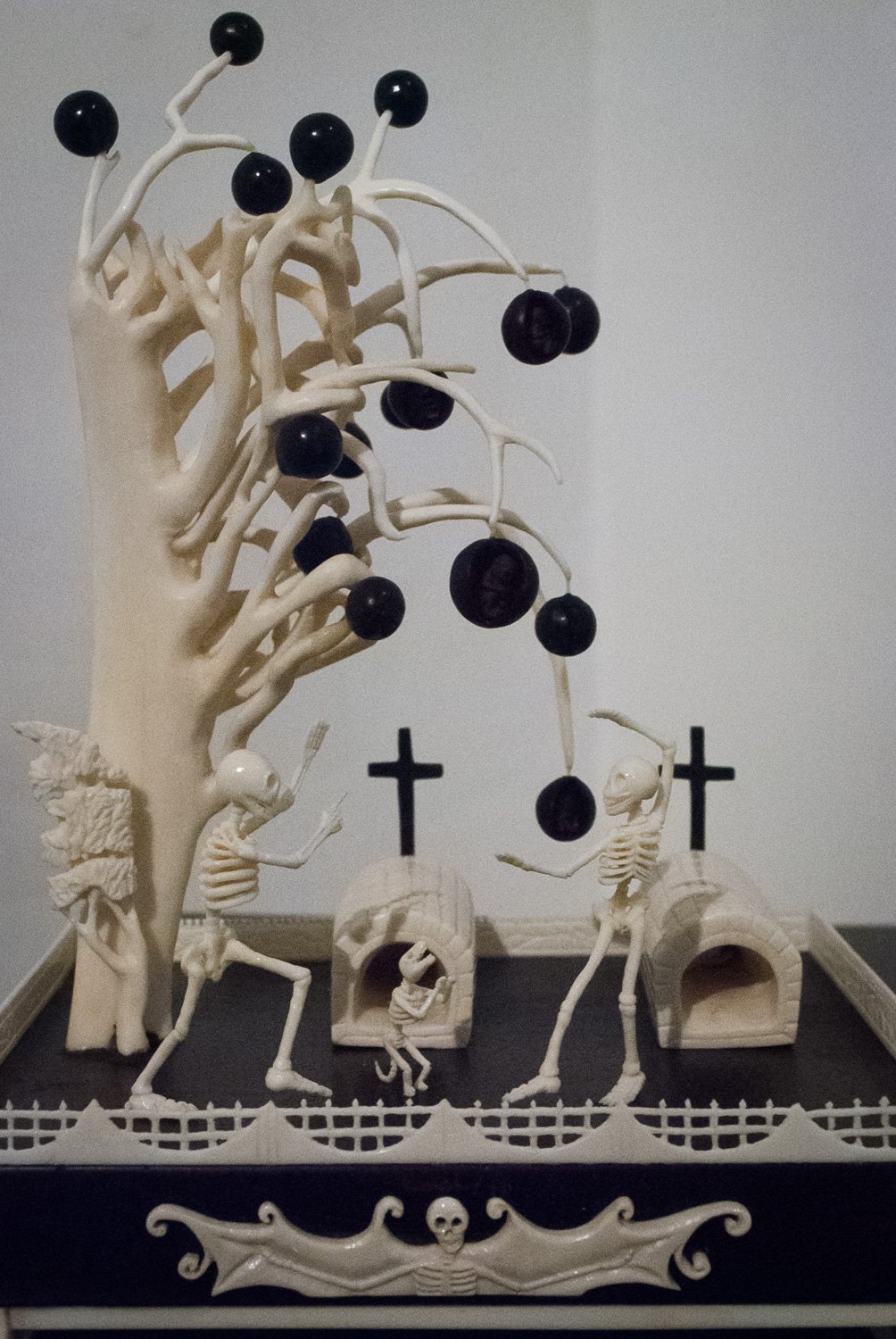 “Vida y Muerte” (Life and Death) is a collective exhibition comprised of artworks by Zapotec families and artists. It exhibits unique pieces of popular and traditional art influenced by the creative innovation of each artist. This exhibition is centered on the explicit and implicit relationship between innovation and tradition. It allows us to see the fine workmanship that this relationship produces either through the pieces themselves, or through videos that document fragments of each artist’s creative process.

Robert Sturm and Carlomagno Pedro Martínez curated the photographs, videos, textiles and sculptures that give testimony to the creativity that every artist has. In the words of Robert: “This exhibition has as an objective not only to exhibit the creators’ work, but also to share their experiences and to get to know them deeper”. The exhibition is located in the Salas Capitulares of the San Pablo Cultural Center and will remain open until November. 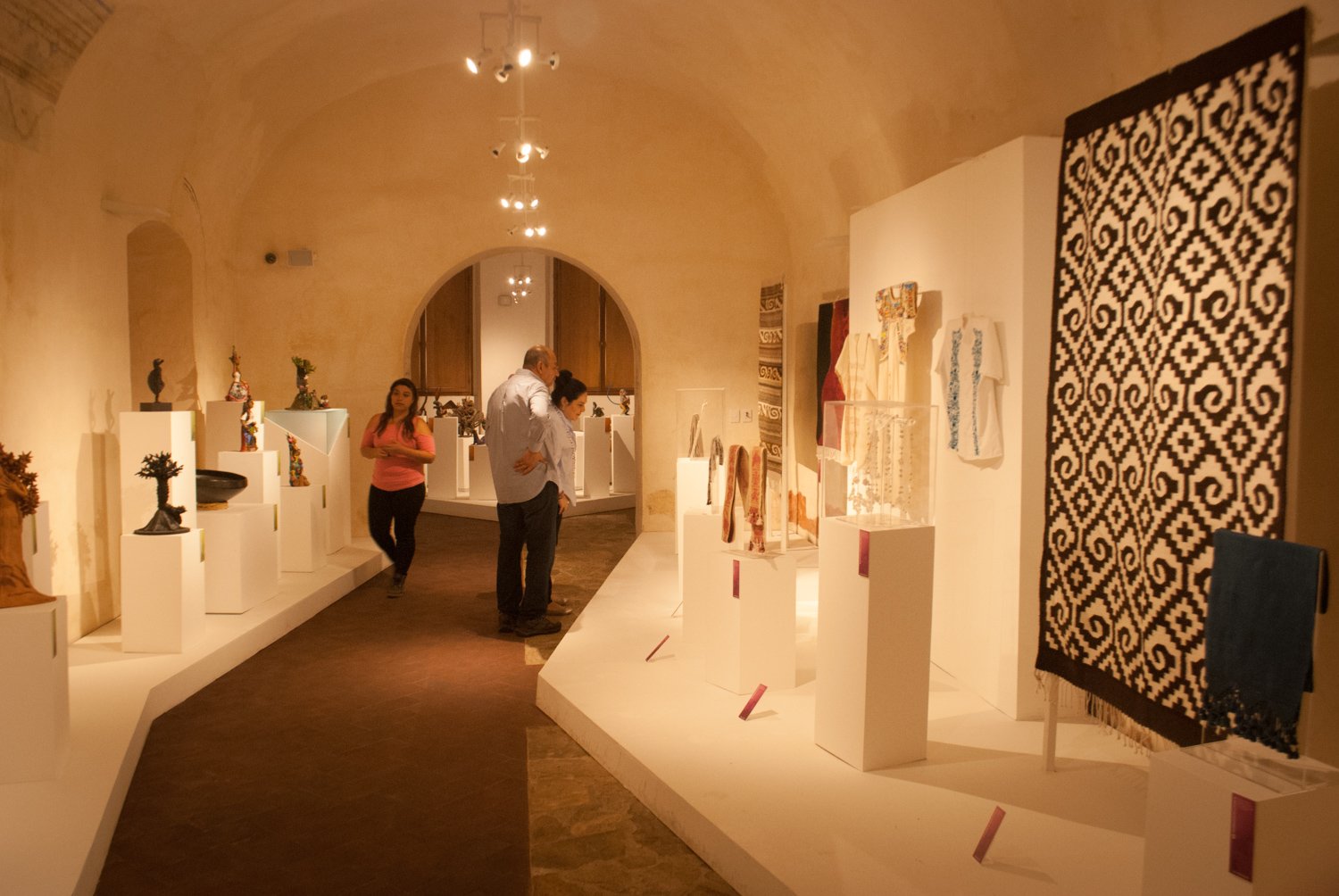 To continue reflecting upon tradition versus innovation, “Honrando Nuestras Raíces, Explorando Nuestros Sueños” (Honouring our roots, exploring our dreams) is an exhibition that gathers the results of 60 Oaxacan artisans who participated in the Friends of Oaxacan Folk Art (FOFA) 2016 contest that was launched last year. This contest has the dual purpose of encouraging the recognition of artisanal practices within youth, while highlighting their artistic and technical qualities.

The exhibition shows not only the diverse techniques, designs, and frameworks artists use, but it also shows the diversity of the materials used. They range from Oak and banana leaves, reed, different types of clay, threads and silkworm cocoons to red cedar and copal wood, seeds, natural dyes and acrylic paints, and even carved animal bones.

All the artworks were carefully mounted with the coordination of Ricardo López Neri and the creative museography of Luis Ángel Rodríguez Ruíz, Carolina Carsellé Castelló, Hugo Patricio García Osorio and José Domingo Méndez Ortega. The exhibition can be found in the Sala Refectorio of the San Pablo Cultural Centre and will remain open to the public until January 2018. 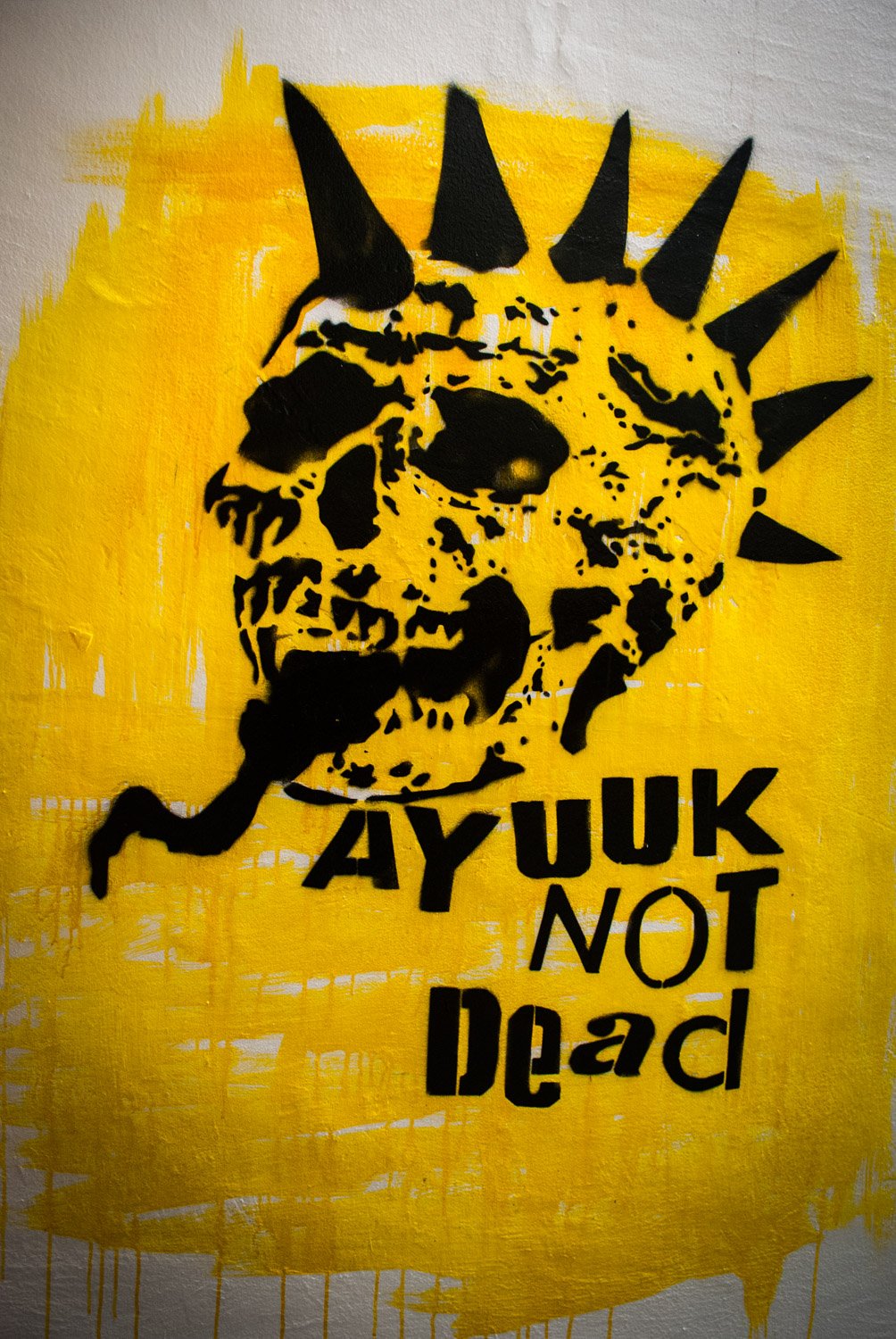 “Ayuuk Not Dead” by Octavio Aguilar holds highly symbolic content. With it, he directly addresses the mutable nature of tradition. In Guillermo Santo’s words: “Aguilar (who is originally from Santiago Zacatepec, and whose work has the impulse of the Mixe culture) is interested in showing his pieces as a description of the assimilation and exchange processess that no community is exempt from. What the author achieves is the creation of a dialog; to make visible the interaction of signs, and at the same time, to make us aware of the tensions between (and inside) any culture”.

The exhibition can be visited throughout August in the IAGO library on Avenida Juarez. And even though it’s a relatively small exposition in size, it’s rather big in ambition. By putting together symbols and materials from two apparently distant worlds: the English punk movement born in the 70’s and the contemporary Ayuuk traditions and communities, Octavio not only exhibits a workmanship that shows how those worlds are more analogous than we had thought, aesthetically speaking, but also shows us a political and social reality. This collective reality, presented in the individual work of Octavio Aguilar, finds ideological similitudes between these two worlds and manifests new forms of creation, fight and resistance. 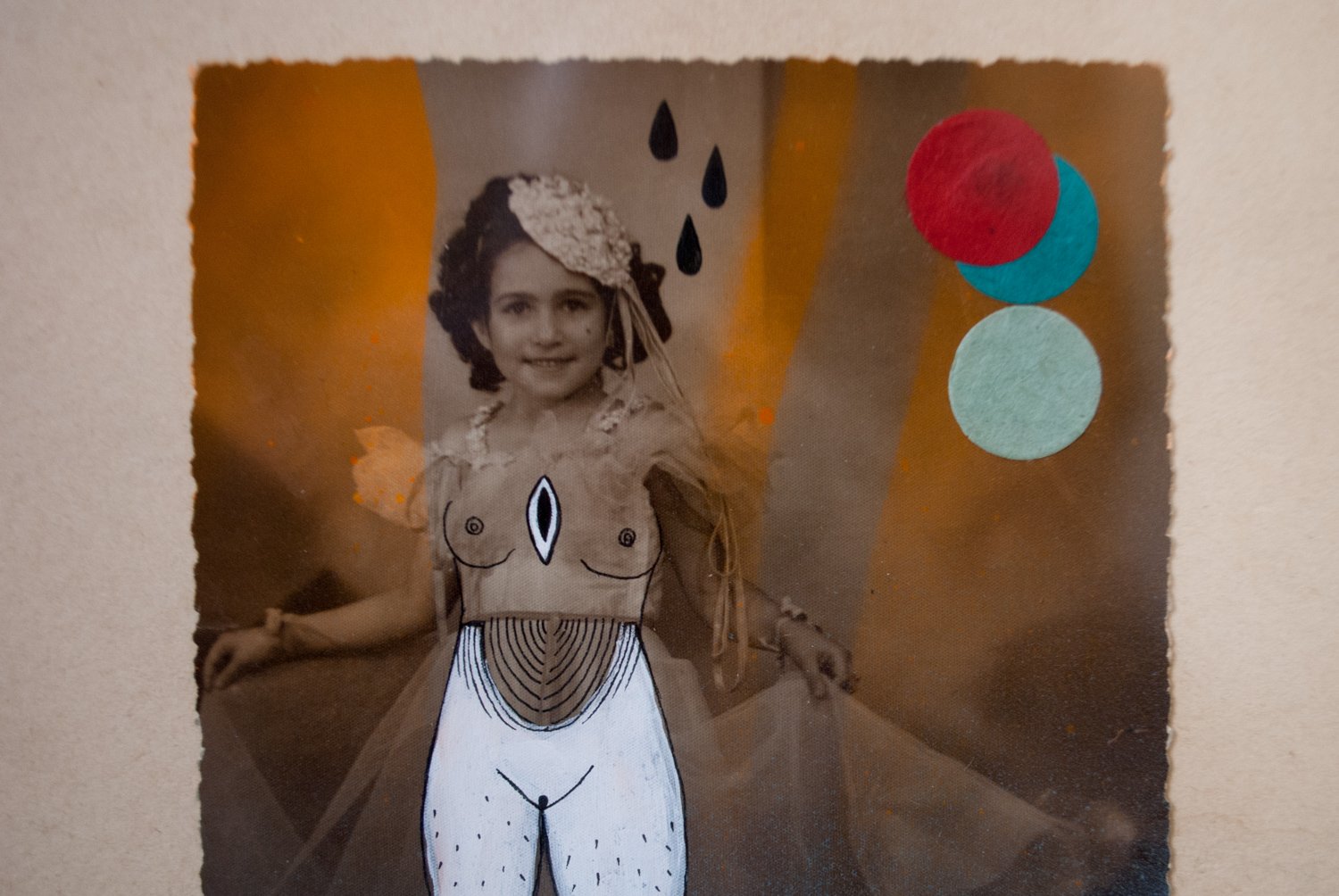 Tingladography is an independent gallery space focused primarily on retrieving and altering found, anonymous, popular or vernacular photographs. Among their activites they regularly invite national and international artists to perform interventions on some of these photos to create mixed media artworks.

On this occasion Tingladography brings the exposition “La mujer mexicana através de la imagen” to its new space on García Vigil street. This exhibition brings together three foreign female artists who, on their wanderings through Mexico and through mixed media and photographic intervention, have been searching for images and symbols to construct the imaginary fenotype of the Mexican woman. They now successfuly present their designs. 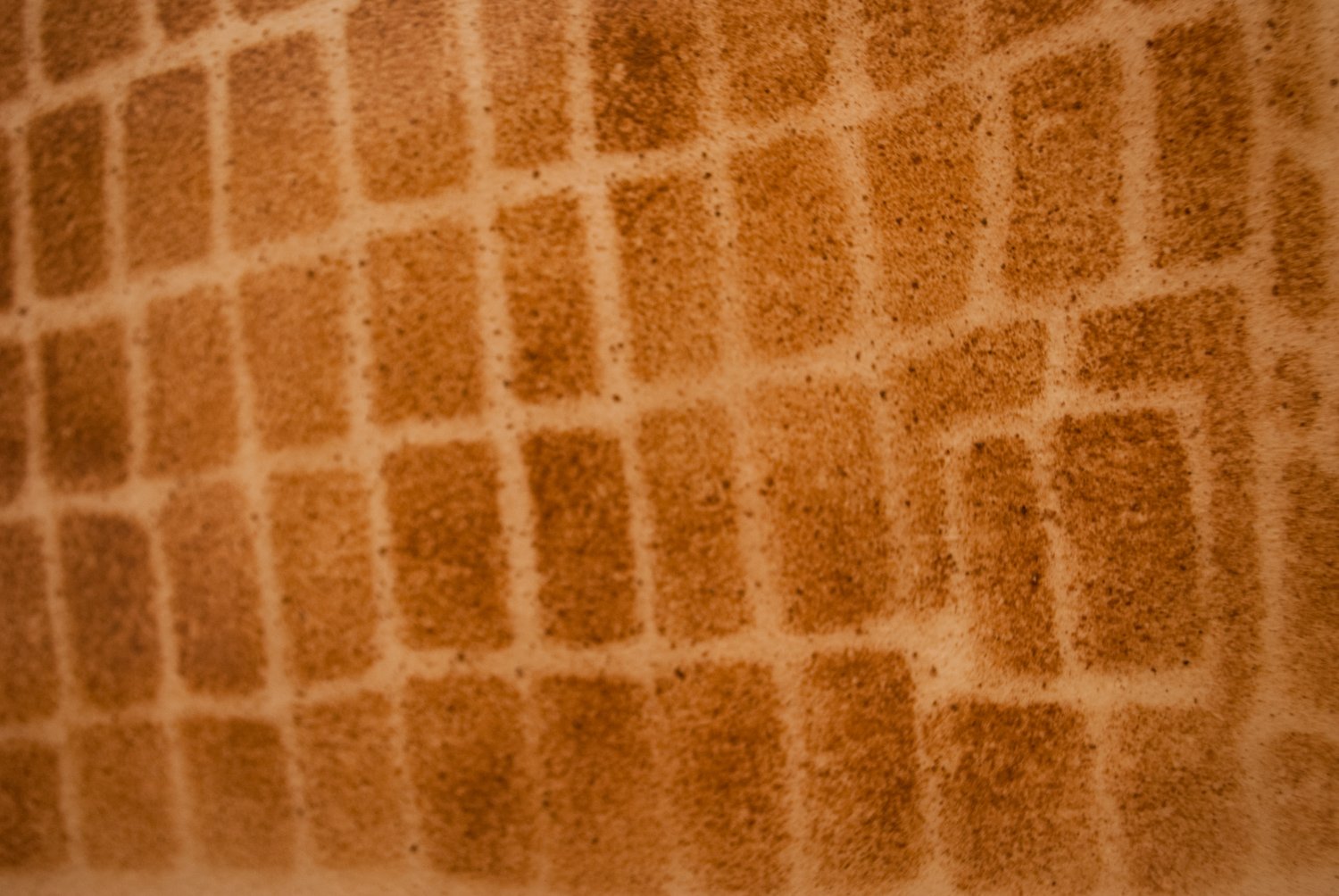 As the title implies, “Memoria Tísica” by Edgardo Aragón, his first individual audiovisual exposition in Oaxaca, addresses the sick collective memory of the country. The author, through the conceptualisation of photographs, installations, videos and the building itself, builds metaphors of the terror and desperation that the majority of Mexicans feel, and he frames specific historical moments that remind us on the one hand of the excessive injustice that is lived throughout Oaxaca and México, and on the other hand, the ease with which it tends to be forgotten.

This new exhibition that MACO presents under the curatorship of Virginia Roy and Marco Morales, demands that we remember. It invites us to reflect, not only about the events that Edgardo evokes with his pieces, but on how that sickish past constructs our collective and individual memory and narrative, and invariably ends up affecting our present.