Sunday, April 11
You are at:Home»Art + Culture»Art»Art in Oaxaca: Ten exhibitions to see in September

It’s the ninth month and, like the year, September’s exhibitions and life in Oaxaca haven’t stopped. We are certainly in mourning, but we are standing. The consequences of the earthquake are still not fully known.  However, the period of support will be long and here, civil society has risen exemplarily. Oaxaca’s streets are full of collection centres and art. Those who are not here volunteering or gathering donations are there sharing them. And, in spite of the catastrophe, art emerges, always an expression of life. There are benefit concerts and plays, posters and expressions of urban art, full museums and galleries, film and radio shows, dance and much more. It’s impossible to have nothing to do this month. 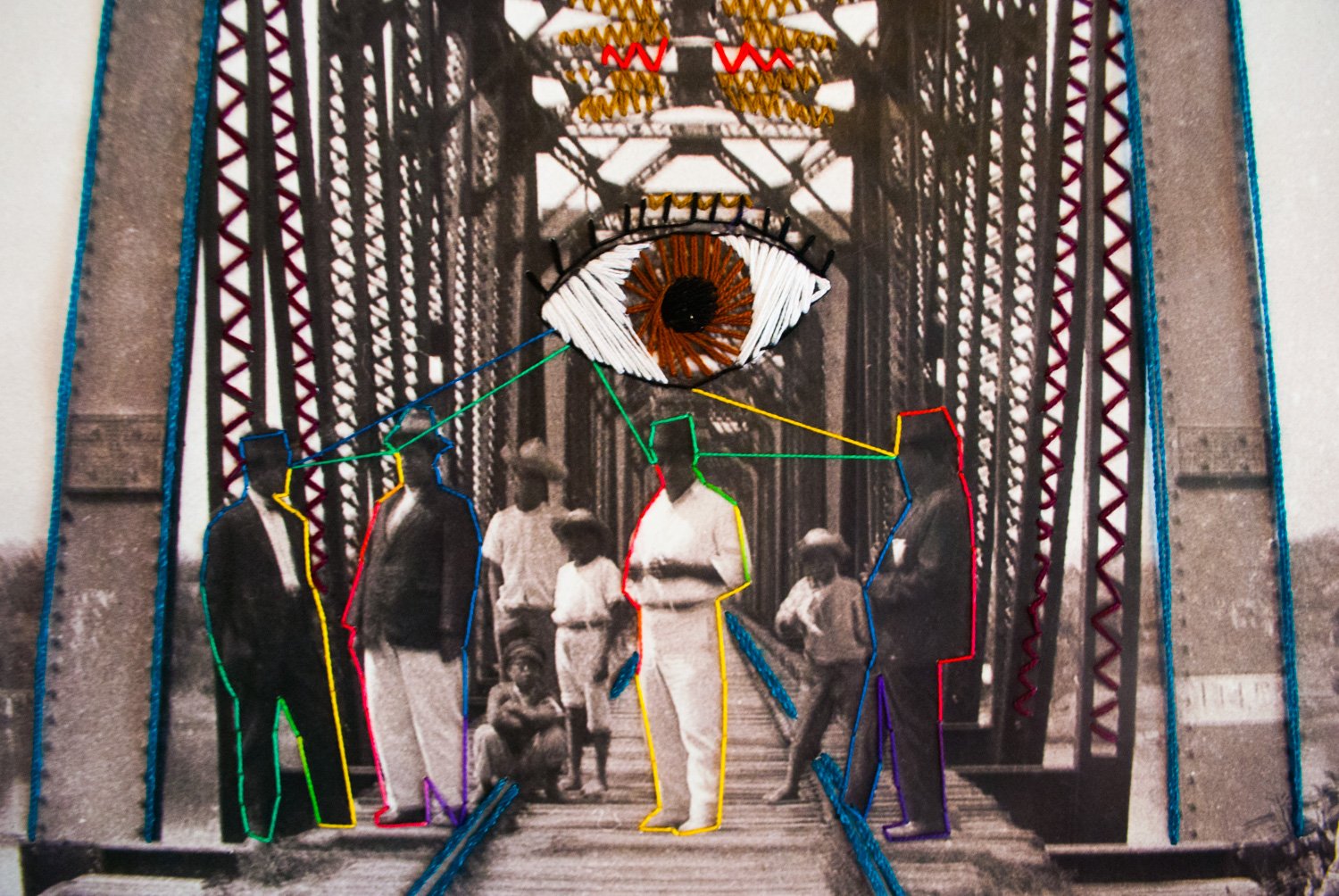 Fourteen artists accepted the challenge of receiving and intervening on digital enlargements of old black and white photos found and rescued from oblivion by Marcel Rius, who, for many years, has dedicated himself to the task of searching for and recovering images. He has now been commissioned to curate this exhibition which is on show at the Centro Fotográfico Manuel Álvaro Bravo.

Dr. Lakra, Abril Salgado, Sabino Guisi and Ariadna Rojas are just some of the artists who have given themselves the task of judging a photograph not only as a medium but as a foundation, and with materials ranging from neon light to threads and paintings, have submitted their unique interpretation of each photograph to this exhibition, inviting us to experience photography in different ways and to find the marks and new meanings that each artist has created. 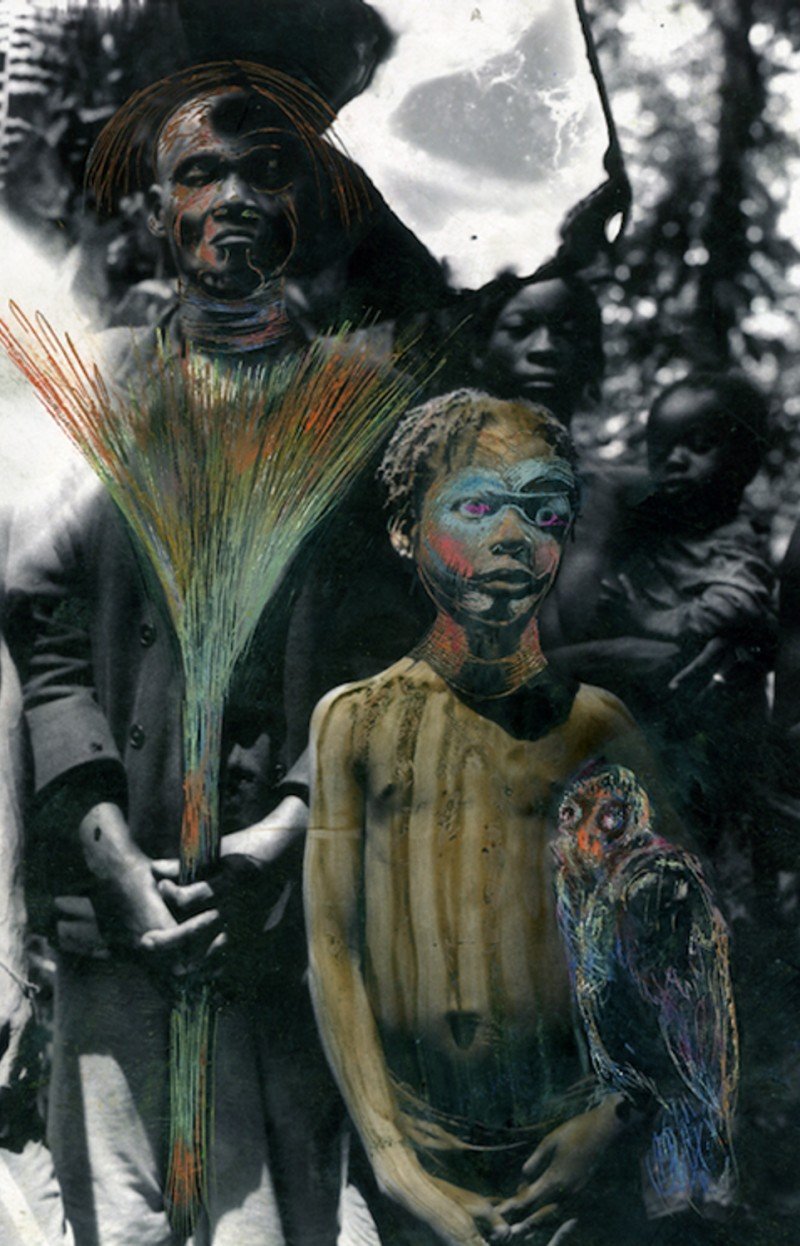 In 1971 the traveller and poet Iván Alechine travelled to the Democratic Republic of Congo in Africa with the musicologist Benoit Quersin. During this trip Ivan captured a series of photographs and turned his reflections, experiences and verses into a book entitled Tapis et caries. Nearly forty years later, Alechine made a proposal to the painter Francisco Toledo to do an intervention on the photos. Iván reflects: “Ever since I discovered the work of Francisco Toledo in 1992 I thought Tapis et caries was for him. But how? Ask the artist for a classic illustration? Couldn’t there be another possibility of intervention?”

In May 2010, first with one of his metallic engraving punches, and then with coloured powders, Francisco Toledo scarified the photographs that Ivan had brought along with the translation of his book. The results were edited and published in 2012 along with the original texts by the Fondo de Cultura Económica in a book entitled Escarificaciones, and are now exhibited at the Centro Fotográfico Manuel Álvaro Bravo. 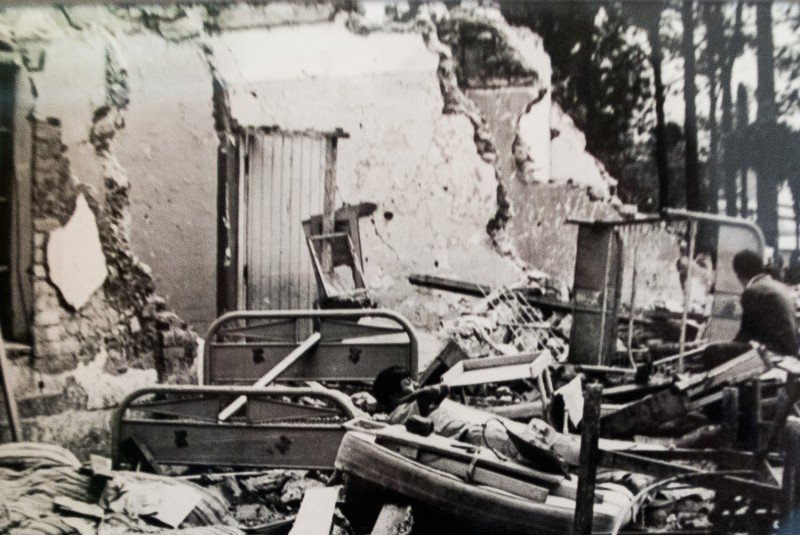 For the second time, Laurena Toledo was given the task, of reviewing the catalogue and selecting 82 photographs printed in silver gelatin “where the only narrative to follow comes from the images themselves.

Take advantage of this opportunity go to the Centro Fotográfico Manuel Álvaro Bravo to see three very particular photographic exhibitions in only one visit. 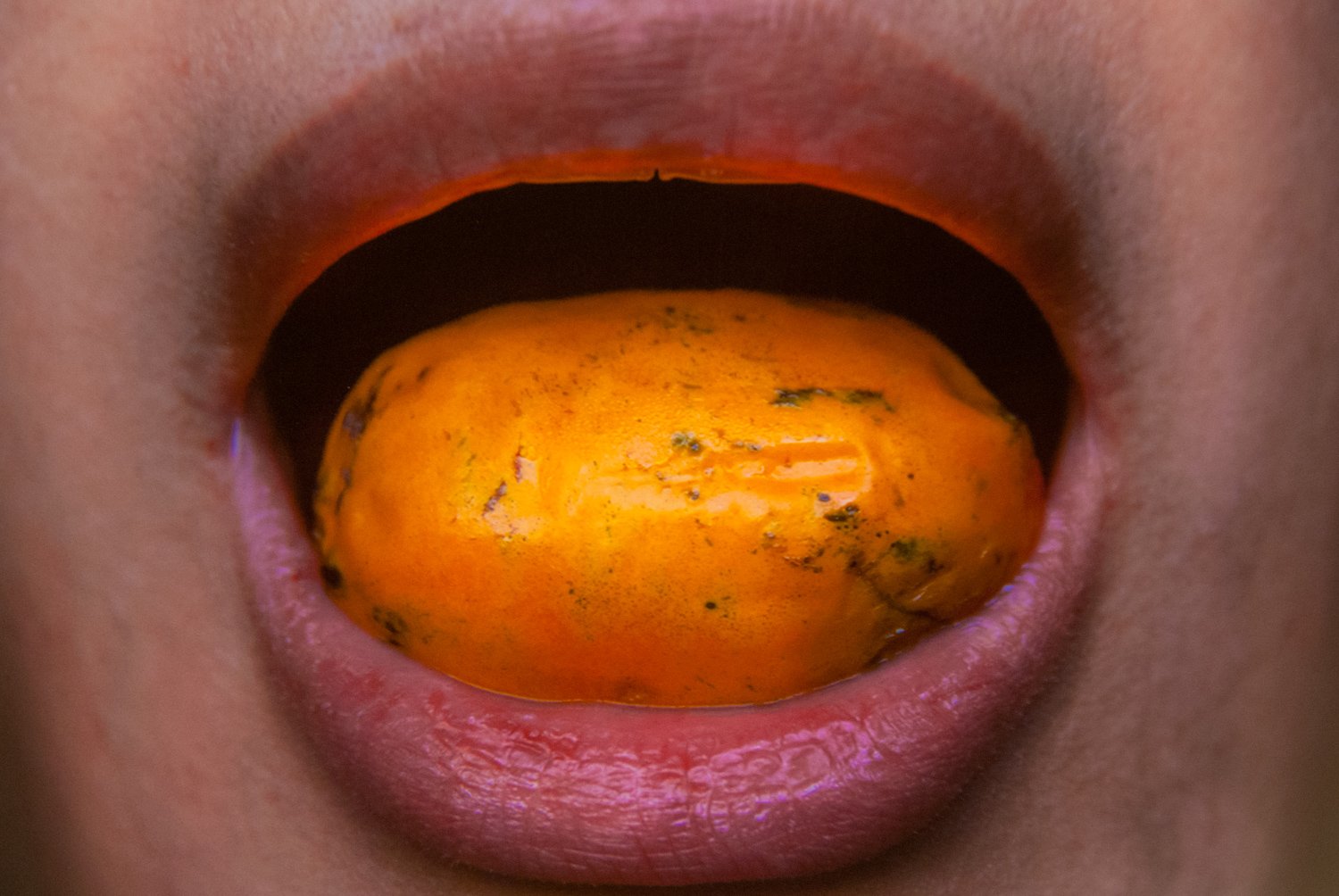 Érika Vitela says that she had been taking pictures of every detail of her house for years until she reached “a kind of hypnotic obsession”. The thousands of images she was accumulating made her reflect and feel the house – her house – as a vulnerable space. It is this vulnerability that she shares with us in her exhibition currently on show in the Biblioteca Henestrosa.

You cannot hide the place you hide in is a series of digital photographs that portray fragments of the artist’s everyday life. It’s an exhibition of moments of intimacy which tackles, as the name suggests, the limits of refuge. Can one really stop being vulnerable? Èrika responds with her images. 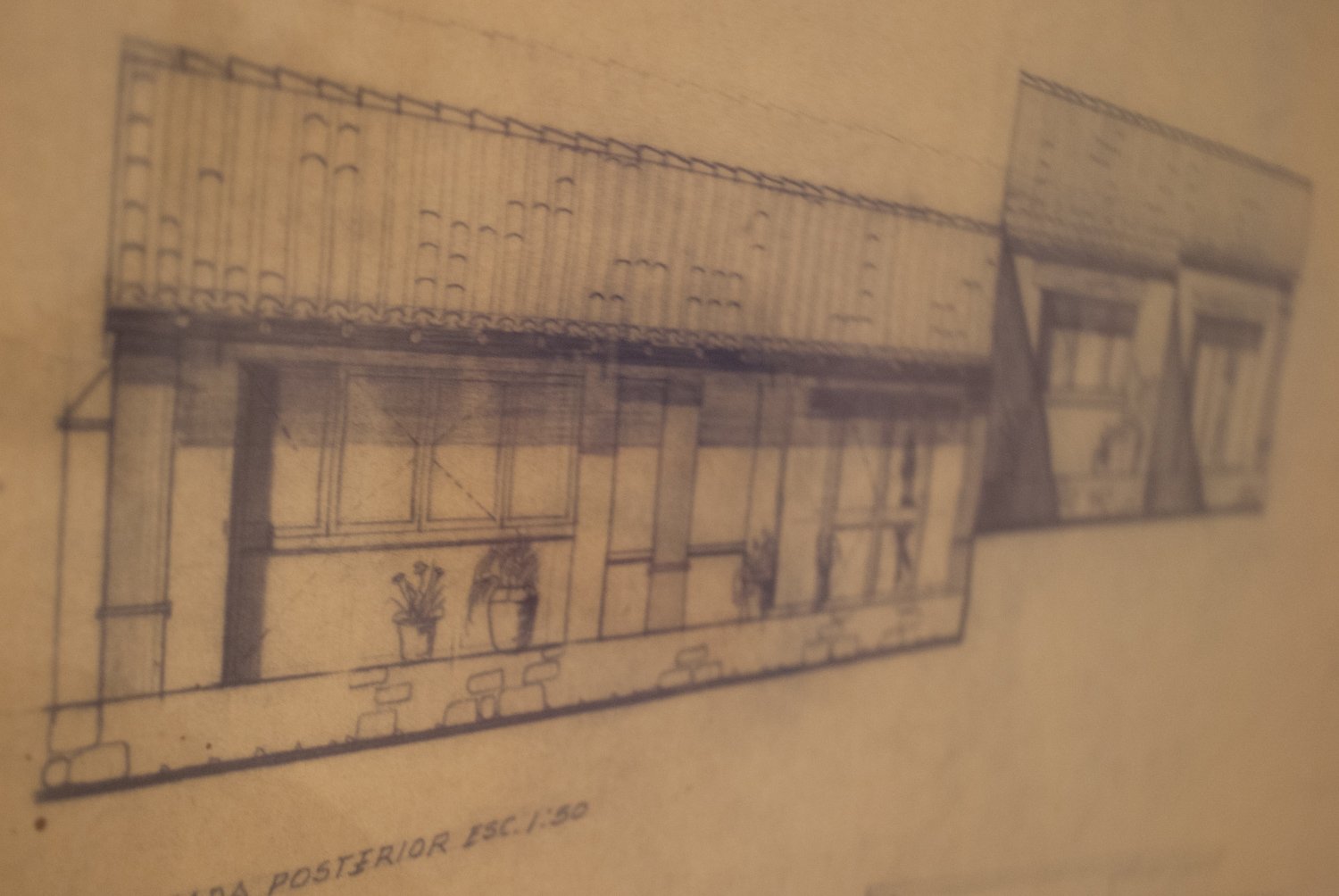 The Casa de la Ciudad presents this retrospective of the architectural work of Enrique De Esesarte Gómez, teacher and architect of both public and private works. With a series of photographs and plans, in addition to awards and a portrait, it shows a fraction of the record that exists of his architectural work from 1955 until 2015.

As the title indicates, Enrique de Esesarte Gómez was, for many people, a precursor of contemporary architecture in Oaxaca and this exhibition, housed in a space such as the Casa de la Ciudad, represents a fitting tribute to and recognition of his life and work.

More openings in the month of September:

MIC GÉNERO
INTERNATIONAL SHOWCASE OF FILMS WITH A GENDER PERSPECTIVE

KAMISHIBAI FROM THE GHOST BOOK OF THE URUGUAYAN BOOK OF THE DEAD BY MARIO BELLATÍN
DIRECTOR: SAÚL LÓPEZ VELARDE

The third and final function of this must-see theatre piece directed by Saúl López Velarde will be held on Sunday, September 24 at 1pm at the Centro Cultural Santo Domingo. Entry is free however there is limited space. 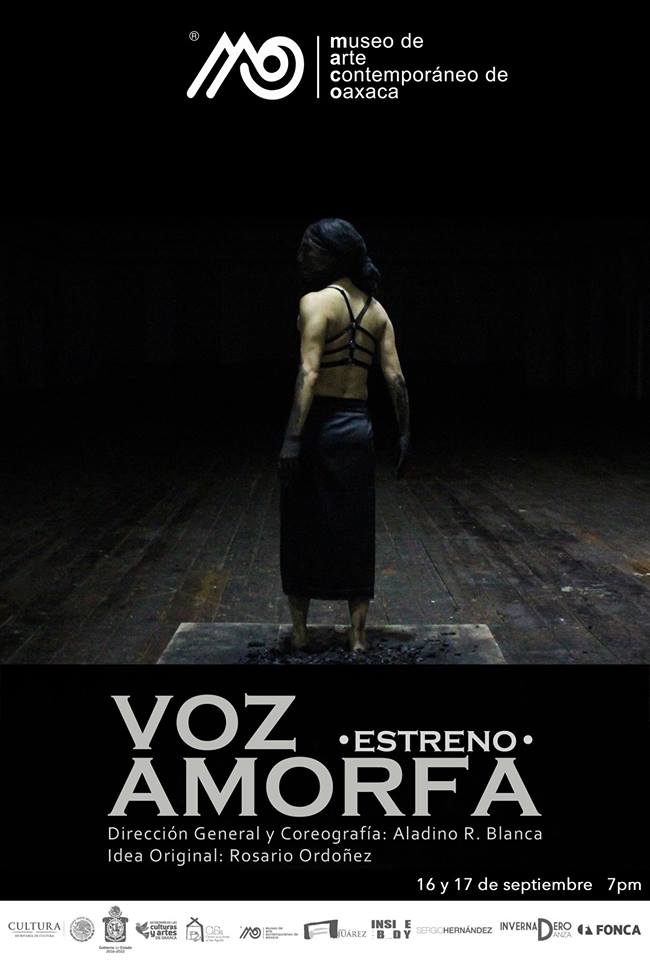 On September 16 at 7pm the contemporary dance piece ‘Voz Amorfa’ will be performed at the Museo de Arte Contemporáneo de Oaxaca (MACO), with a second performance scheduled for the following day, September 17 at the same time and place. The entrance will be by donation of goods for the earthquake relief fund.

From September 28 to October 4 the 3rd Festival of Mesoamerican Community Film and Radio ‘The place we inhabit’, organised by Ojo de Agua Comunicación, will be held in Oaxaca City and various surrounding communities. Venues include La Licara Librespacio Cultural, the Instituto de Artes Gráficas de Oaxaca (IAGO), CineToo in Guelatao, and the Biblioteca Henestrosa among others. In addition, there will be a concert by Lengualerta on September 29 and 30 in the Ex-Curtiduría Espacio Creativo in the capital and in Guelatao de Juárez respectively.