Ambulante is back in Oaxaca offering a wide, well-curated selection of documentaries.  This year’s program highlights current world issues such as violence, migration, the fight for justice, and the communal defence of ecosystems and territories threatened by insatiable, schizophrenic markets.  After all, what are documentary films but a reflection of the reality we live in?  Thanks to these films, we will be able to enjoy the talent of creators around the globe while, at the same time, engaging in a dialogue with the rest of the world.  For a few minutes, we will be able to look away from our hypnotising social media screens and instead at screens that will remind us of our true interactive nature as social beings.

Ambulante Oaxaca will run from April 6th to April 13th, opening with the screening of I Am Not Your Negro, which explores the racial violence occurring in United States. Other films to be screened are Batallas Intimas, which tells the stories of five women from five different countries and how they reinvented themselves after suffering from domestic violence; Machines, which portrays the difficult working conditions of a textile factory in Gujarat India; Gente de mar y viento, a film created by students from the Ambulante Más Alla program which tells the story of the opposition waged by the communities of Álvaro Obregón and La Venta in the Isthmus of Tehuantepec against the pressure and destruction caused by international wind-energy companies; and Chavela, a story about the life and lovers of passionate Mexican singer Chavela Vargas.

One special feature of Ambulante is that it takes movies to places which are rarely included by other festivals. Regional screenings in Oaxaca will be held in the towns of Zaachila, Tlacochahuaya, Guelatao, Tlacolula, Puerto Escondido and Huatulco.  But that doesn’t mean you should miss out on the different city venues, which include El Huacal, the Macedonio Alcalá Theatre, MACO and Centro Cultural San Pablo, to name just a few.  On Sunday, April 9th, the festival will offer a surprise screening at Convivio Oaxaca.

Moreover, if you are a creator and are looking for funds to produce your film, Ambulante’s grant call for proposals might interest you. Click here to see the details.

All screenings are free, with the exception of the ones held in the Macedonio Alcalá Theater ($30/$20) and Cinepolis. Cinepolis screenings cost $40 per film or you can purchase a four- ticket cinebono pack for $120. 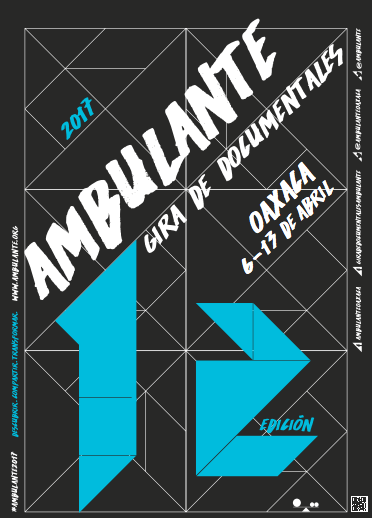