Designed to foster interaction between artists, authors, their works and the public, the 37th International Book Fair Oaxaca (FILO) will be held in the city this November.  Based in the Alameda de León (next to the Zocalo), and with almost 100 alternate venues, FILO will open on Saturday, November 4 and run for nine days.

The theme of this year’s event is Borders and Migration – reflecting on the physical and mental limits of being human and how we can transcend them, as well as exploring the need for reflection and dialogue in order to reach a better understanding of how it affects us to live in a society where walls try to contain the transit of people and ideas.

The festival will fill the city with literature in all its diverse expressions through a nine-day program of events that seek to strengthen the free discussion of ideas, constructive dialogue and reflection, with books as the tools and catalyst.  With more than 300 free events in total there will be book presentations, literary lectures, poetry readings, concerts, film, exhibitions and workshops.

Each year the festival pays tribute to authors and personalities who have made exceptional contributions to the literary field.  This year the FILO pays homage to 6 personalities fundamental to the art and culture of Mexico and Oaxaca: writer Elena Poniatowska; photographer Graciela Iturbide; caricaturist Eduardo del Río “Rius“; journalist Sergio González Rodríguez; journalist Carlos Pasarán Jarquín; and teacher and historian Anselmo Arellanes.

The program for children and young people will include: a Bebeteca with storytelling, paper theatre and music for babies; circus; children’s theatre; storytelling; film; creative writing, illustration and, of course, literature.

This year’s closing fiesta is a fundraiser to support the victims of September’s earthquakes in Oaxaca and Mexico City. The Tejamos Oaxaca campaign aims to influence the restoration of social and cultural links and activities in affected communities through arts projects and activities, as well as providing materials and furniture for community spaces such as libraries, schools and cultural centres.  The fiesta, to be held at La Calera on November 11 will include Fernando Rivera Calderón, Becerros, Enigma, Audry Funk, Paulina y el Buscapíe, The Buonamico’s Band and more.

You can find out more about the Feria Internacional del Libro Oaxaca and download the full program of events at www.filoaxaca.com. 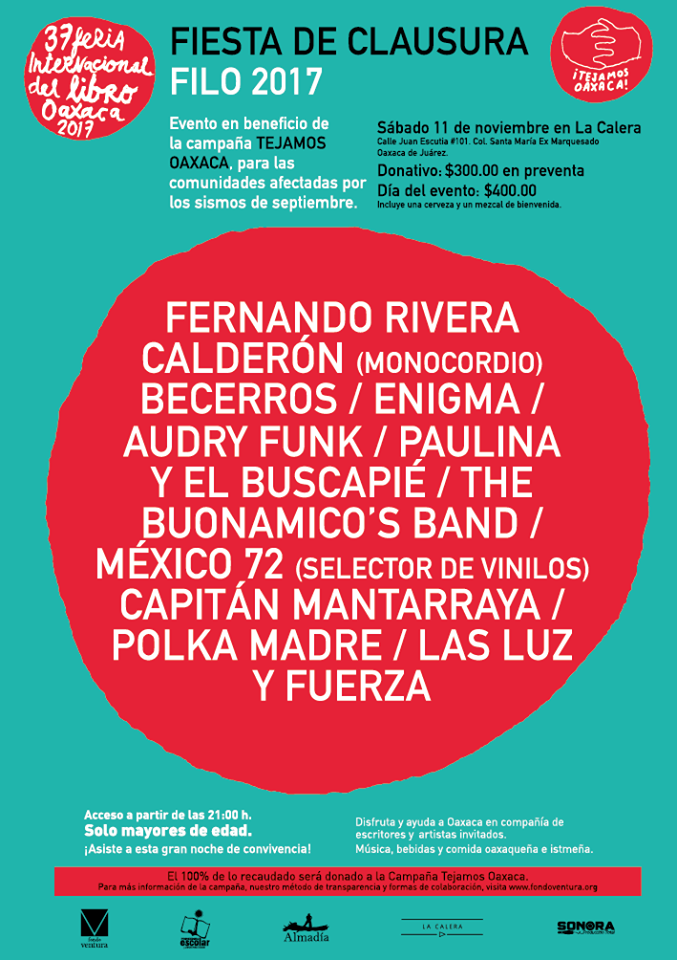 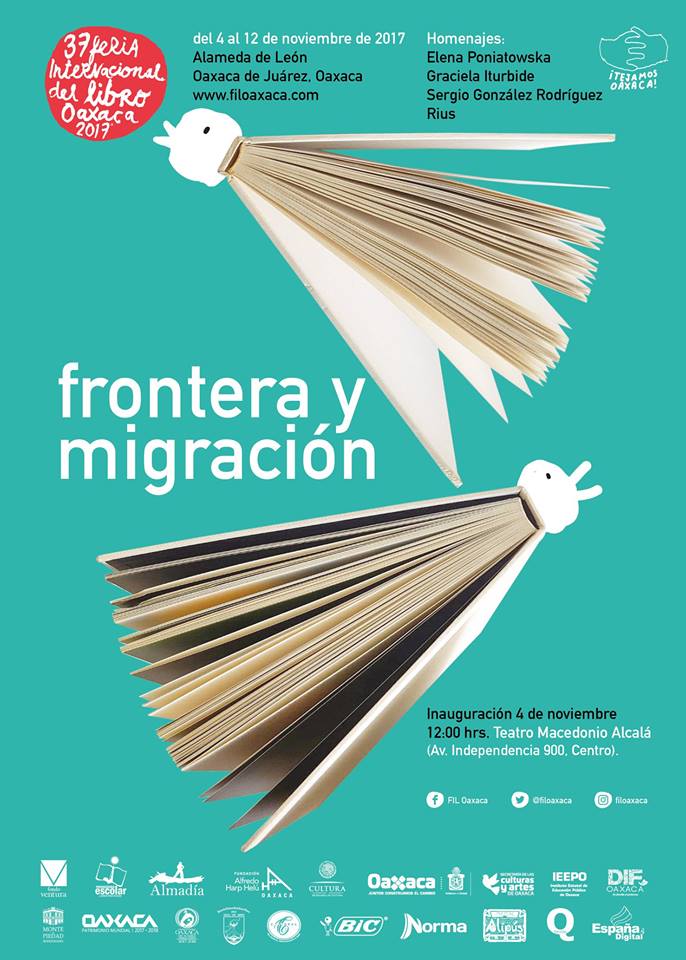